8 ways to cut the carbon footprint of your dinner

From farm to plate, food accounts for up to a third of global emissions – so how can you limit the impact? 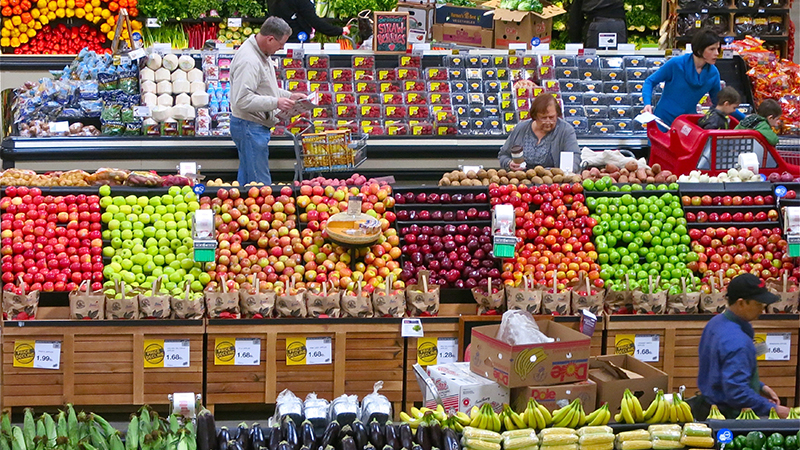 Fork after fork, your food is taking a bigger bite out of the carbon budget.

The global food system – from fertiliser, production to packaging – accounts for up to a third of all human-caused greenhouse gas emissions, according to CGIAR.

To be sure, any state role in controlling our intake is rightly controversial. So here are eight ideas and initiatives to cut your carbon footprint. 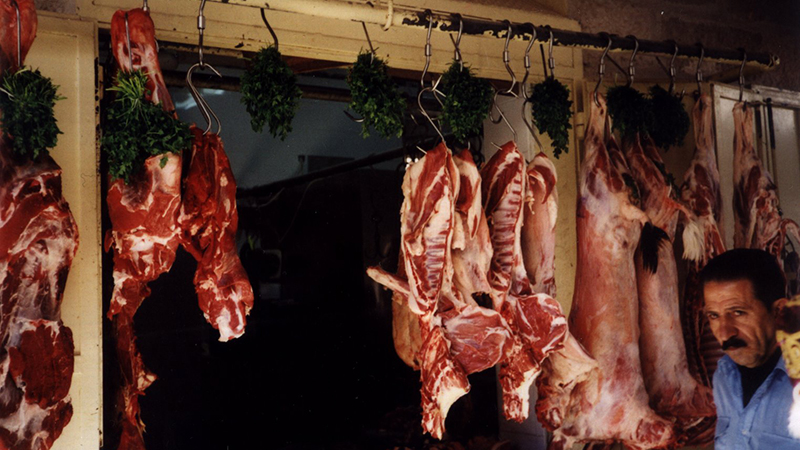 Meat is the worst offender on any plate. Rearing livestock strips rainforest for grazing and feed-stocks, while animals themselves produce methane, a potent warming pollutant.

In 2013, however, Maastricht University’s Mark Post answered the groans of all meat-loving environmentalists when he created the world’s first lab-grown burger.

Cultured meat produces 80-95% less emissions than farmed meat, meaning it would have a significant impact on the average carbon footprint. One problem: you’ll have to wait at least ten years before it makes supermarkets. 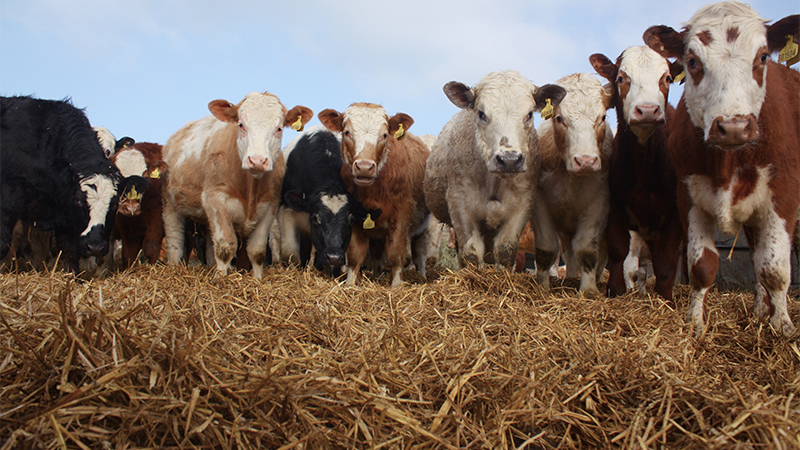 Now we’ve sorted our burger problem, it’s time to turn to milk. So long as we continue to consume dairy, cows will continue to pollute our plates.

One solution that has been found to this is the introduction of methane inhibitor, 3NOP, which reduces the methane production of cows by 30%.

It’s a potential breakthrough, although it does nothing to stop the deforestation problem. 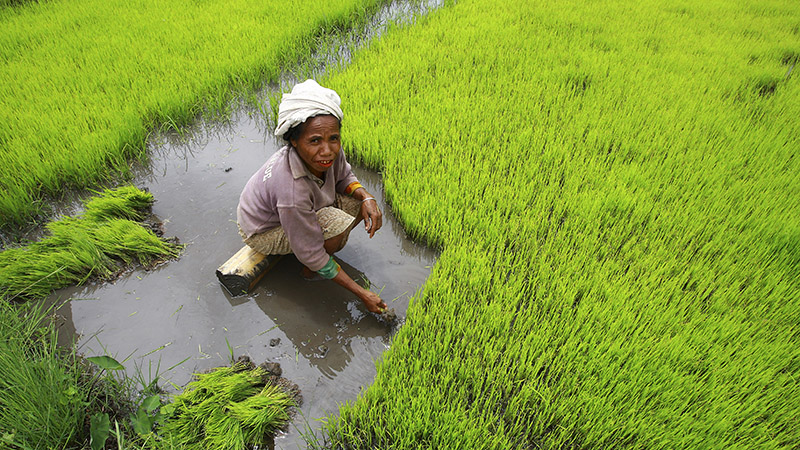 But don’t fear. Guilt-free rice is on its way. Earlier this year researchers succeeded in genetically modifying rice crops to produce virtually no methane. 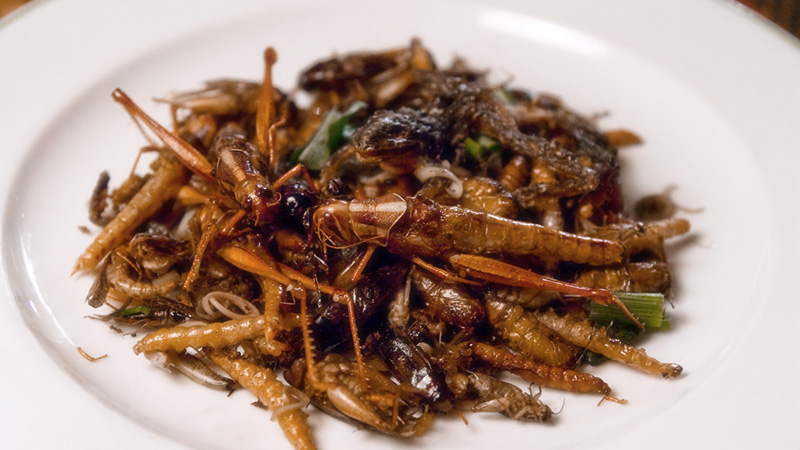 But why wait around for genetic modifications and commercial viability when there’s a low-carbon food source already available to us? High in protein, vitamins and minerals, as well as being environmentally sound, insects are an ideal choice for anyone trying to cut their carbon footprint.

In the face of climate change and peak farmland, tree foods offer “hidden harvest” for the global hungry, said a report by the International Union of Forest Research Organizations in June. Grub’s up. 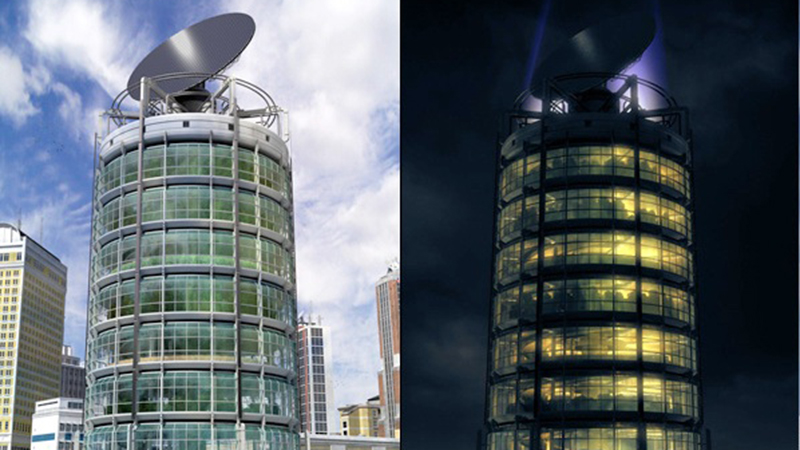 Another way to cut the impact of our food is by changing farming methods. Vertical farming uses tall buildings to grow crops like leafy greens, with lower land, water and fertiliser use.

Being close to the urban centres of demand, such farms can also cut down on transport emissions and spoilage.

However, as David Rosenberg, CEO of vertical farming company AeroFarms, admits, a lot of energy is used to power the LED lights and nutrient pumps necessary to crop growth.

Is it lower carbon overall? The jury is still out. 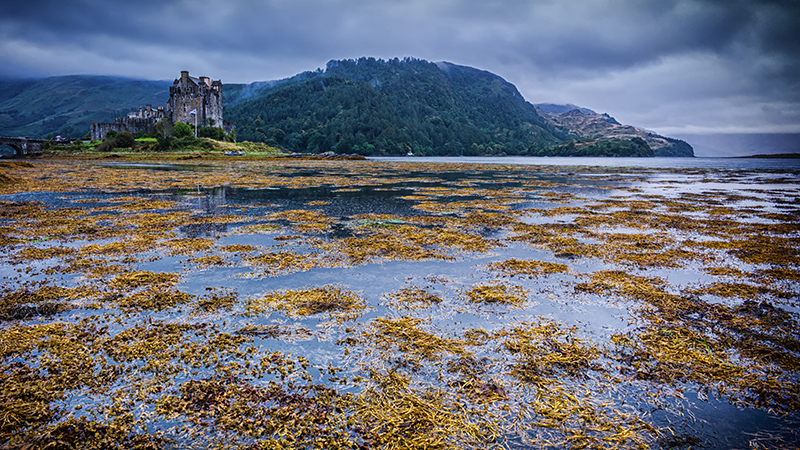 The seaweed is protein-rich and tastes exactly like bacon. Not only this, the growing process is also carbon-negative, as the seaweed absorbs CO2 from the water.

Who would toss the cute little nectarine on the right? Most grocers that’s who. #SaveTheSmalls http://t.co/FlnNAy5f4f pic.twitter.com/YnBS2YvZO2

The planet is producing a third more food than it consumes. And greenhouse gases given off over the lifetime of all discarded produce total 3.3 billion tonnes of CO2 a year, according to the UN’s Food and Agriculture Organization. That would make it the third largest emitter if it were a country, behind China and the US.

One American eco-conscious man, Jordan Figueiredo, has set up the @UglyFruitAndVeg Twitter account to show the waste of imperfect greens. With almost 20,000 followers, his message is getting out there. 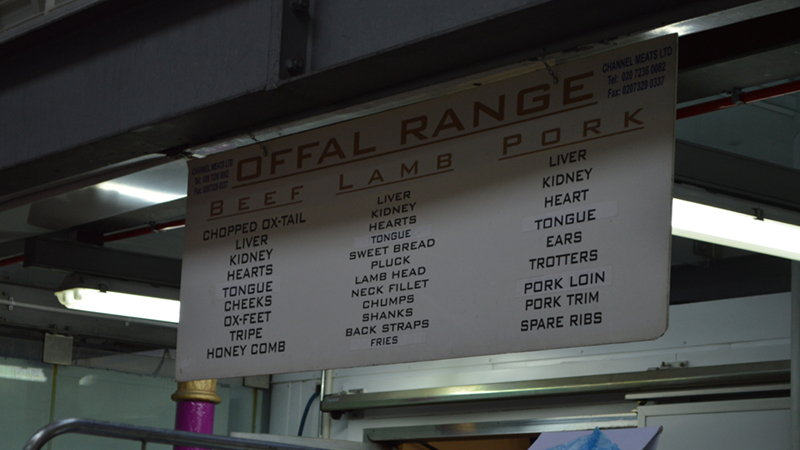 All giblets are good. Ox-feet, tripe and pluck a meal can make. Making nose-to-tail eating fashionable again may not be too difficult for older generations. But in today’s age of supermarket bounty, it’s a more radical thought.

British celebrity chef Hugh Fearnley-Whittingstall tried with a book campaign to persuade consumers to look past the prime cuts.

Eating the whole beast is another way of limiting waste, if modern consumers can get over their aversion to innards.

Alex Pashley contributed to this report