Time for farming to be taken seriously at UN climate talks?

COMMENT: Agriculture is linked to 20% of greenhouse gas emissions, but it’s not receiving attention from governments 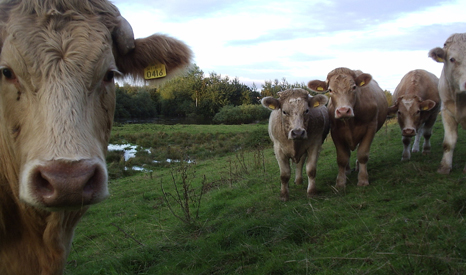 Ongoing climate negotiations are progressing along multiple tracks at the UN, but one issue remains stubbornly peripheral to the agenda.

Unlike Reducing Emissions from Deforestation and Forest Degradation in Developing Countries (REDD+), agriculture has no specific work programme at the UN’s main climate body.

This is out of kilter with the importance of agricultural activities, which are directly responsible for approximately 15% of greenhouse gas emissions (GHGs).

When the impact of deforestation is included, this rises to approximately 20% – which is comparable to all global transport emissions.

Approximately one billion people are going hungry every day. With a growing population, food production must increase by an estimated 70% by 2050, resulting in more emissions.

But, ironically, this will further undermine agricultural productivity, which is highly vulnerable to climate change.

Historically, climate negotiators and policy makers have paid relatively little attention to this nexus of concerns.

Efforts to place them more centrally on the agenda have been resisted for a number of reasons, most recently at negotiations in Cancun in 2010.

There is sometimes assumed to be a trade-off between addressing hunger on the one hand, and emissions from agriculture on the other. But there need be no such trade off (see, for example, here and here).

Furthermore, the main focus of developed economies is on the energy sector, because it accounts for the majority of emissions. Ireland is an exception. 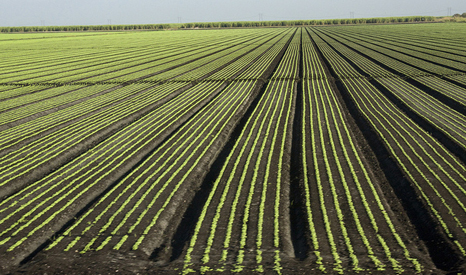 Emissions from farming could slashed by up to 30% if farmers adopt better techniques, says the UN’s Food + Agriculture Organisation (Pic: UGA/Flickr)

Meanwhile, in developing countries, the main focus is understandably on adapting agricultural systems to cope with the impact of climate change, not on reducing emissions.

Another factor is the arcane and complex nature of measuring emissions from land use and agriculture, which make it a bit of a beast to tackle.

Problems could emerge from downplaying agriculture. If it’s not central to an agreement, reducing emissions from agriculture might not be eligible for climate finance flows.

Money could potentially flow to adaptation without any consideration of mitigation, or even food security, whereas a more holistic approach could yield greater dividends. Some of these issues are being considered at the ongoing climate negotiations in Bonn (4 to 14th June, 2014). Further details are available in this FAO briefing.

There is a groundswell of support for a more integrated approach to looking at the agriculture sector.

The UNDP, the World Bank, the FAO and others have called for policy leaders to take an integrated approach to these challenges by focusing on “climate-smart” agriculture (CSA).

CSA is an approach to developing the technical, policy and investment conditions to achieve sustainable agricultural development for food security under climate change.

It seeks to support countries to put in place the means to mainstream and operationalise climate change considerations into agricultural sectors.

At the instigation of the Dutch Government, a roadmap has been agreed for the formal launch of an Alliance on CSA at the Climate Summit in September in New York, which is being convened by Ban Ki-moon, Secretary General of the UN.

The IIEA has been invited to join as an official Friend of the proposed Alliance. Another noteworthy initiative is the creation of an African CSA Alliance, convened by the African Union.

There is another somewhat less discussed prospect for mainstreaming agricultural considerations.

Negotiations have begun on the EU’s 2030 climate and energy policy framework.

The European Commission’s communication on the framework references the possibility of agriculture and land use being considered under “an explicit separate pillar” (in addition to the two existing pillars of the Emissions Trading (ETS) and non-ETS sectors which already exist).

Irish Minister for Agriculture, Simon Coveney T.D., described this as a “major breakthrough” in negotiations dealing with emissions from agriculture at EU level.

Ireland has the single most challenging policy environment for its agricultural emissions of any country in the world.

Agriculture in Ireland accounts for 40% of non-Emissions Trading Scheme (ETS) emissions, three times the EU average. Under EU law, non-ETS emissions must be reduced by 20% by 2020 – the most challenging target of all EU Member States.

Yet the Irish Government’s strategy envisages a very significant increase in output from the agri-food sector by 2020, with growth projected to continue to 2030 and beyond.

The Irish EPA therefore project that emissions from agriculture will increase rather than decline in the period to 2030.

The climate-food nexus is one of the most intractable problems facing the world, yet internationally the time is right to take positive steps to tackle this challenge. Ireland can be a global leader and a test bed in doing so in at least three ways.

Some in Ireland argue that this is already happening, and indeed there are examples of international best practice, not least the Origin Green sustainability programme that operates on a national scale.

However a far more wide-reaching, coherent and ambitious strategy, focused on cost-effective mitigation and sequestration, is required.

Second, Ireland can act as test bed for the transfer of appropriate CSA knowledge, technology and practices to developing economies. Again, promising public sector and NGO initiatives exist which can be built upon.

Finally, Ireland can continue to play a leading role in promoting greater consideration for agriculture at EU, UN and other fora. This could include playing a leading role in the emerging Global Alliance on CSA.

These are three highly complex and multi-faceted agenda items. All merit careful consideration by national and international stakeholders, experts and policy makers.