Why coal miners need a moratorium (but can’t ask) 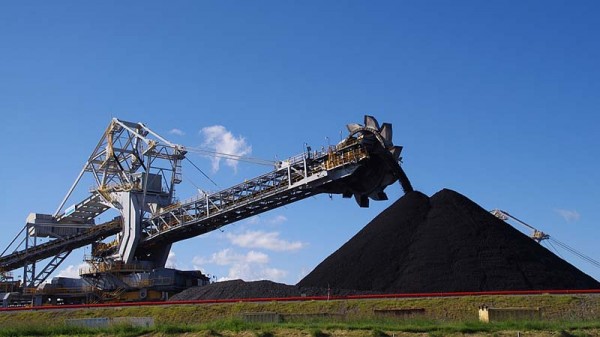 “If the world wants to tackle climate change and Australia wants to double its coal exports, somebody is going to lose.”

That is the dilemma outlined by Richard Denniss, chief economist at think tank The Australia Institute.

Australia, under the leadership of Tony “coal is good for humanity” Abbott, does want to double its coal exports.

The international climate deal due to be struck in Paris this December, focused on greenhouse gas emissions, will do nothing to curb supply.

That is why Denniss is championing a global moratorium on new coal mines, as called for by the president of Kiribati Anote Tong last week.

Such a move is not only necessary to put the brakes on global warming, he argues, but politically feasible – and in the interests of existing mine owners.

Speaking at a lunchtime seminar at the London School of Economics, Denniss spells out just how massive Australia’s plans are.

He superimposes the footprint of the planned Carmichael mine in Queensland over maps of Kiribati, London and Paris. It dwarfs them all. 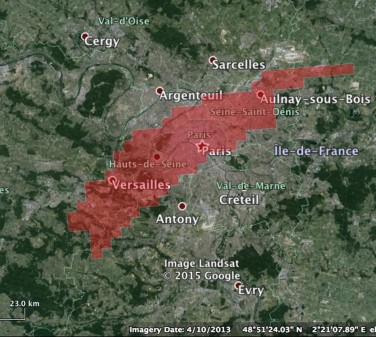 Footprint of the Carmichael mine superimposed on a map of Paris (Source: Richard Denniss)

That mine, being developed by Indian conglomerate Adani, is just one of several in the pipeline.

Australia produced 283 million tonnes of coal in 2010, which the government expects to rise to 486Mt in 2016. The total pipeline of planned mines could produce 604Mt a year.

This is Abbott’s job creation strategy, despite the fact less than 1% of the country’s workforce is in coal mining. Denniss calls it “batshit crazy”.

Emissions from this most carbon intensive of fuels would threaten international efforts to limit warming to 2C. Greenpeace estimates Carmichael’s output alone would generate more emissions than Vietnam.

“If we succeed in our ambition of building mines that dwarf European cities, there is no way we are going to tackle climate change,” says Denniss.

All this is at a time the coal price is in the doldrums, driving several mining majors into loss-making territory and bankruptcy.

The decline and fall of coal has not been mourned in the climate community.

High prices, on the other hand, are in the interests of both coal miners and climate campaigners – not traditional allies.

In fact, Denniss contends a climate deal gives a perverse incentive to mine faster in the short term, because coal might be unburnable by 2050.

“The fear that we might tackle climate change is driving rational owners of coal to dig it up and sell it now. These are not stupid people.”

This dash for coal – led by Australia – is likely to depress the price further, however, diminishing returns for investors.

Australia has a bigger share of the traded coal market than Saudi Arabia has of oil, making it a price setter.

That is why Denniss suggests mining companies should welcome a moratorium with open arms – it prevents a race to the bottom.

“The big winners from a moratorium are incumbent coal miners.”

They cannot ask for such a policy themselves, however, or collude to restrict mine expansion. That would be cartel behaviour, forbidden under competition law.

But it means politicians should feel confident that signing up to the moratorium is not anti-business. There are more incumbents who will benefit than potential new entrants who might lose out.

Adani, which insists it is committed to Carmichael in the face of mounting evidence it is unviable, might even privately welcome a get-out.

Denniss expects more governments, companies and NGOs to back a moratorium before negotiators meet to thrash out a deal in Paris.

While there is little effective opposition to Abbott’s coal-friendly stance in Australia, Denniss says few other countries are planning to expand coal production.