Climate change will increase flow of migrants to Europe

COMMENT: Grim death toll will get worse unless coordinated action is taken to tackle climate change, conflicts and poverty 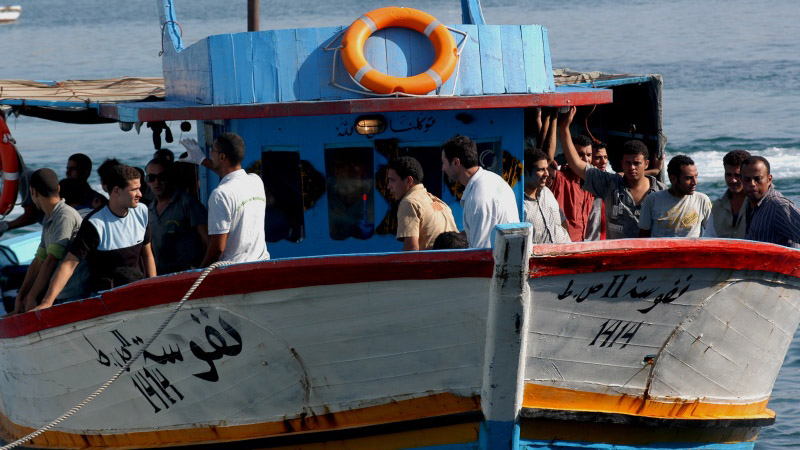 Migrants from Africa arriving in Lampedusa, a small Italian island in the Mediterranean (Pic: Noborder Network/Flickr)

The tragic capsizing of yet another boat in the Mediterranean, crammed to the rafters with people seeking refuge in Europe, underlines the need for action in the region.

But, it’s not only about helping migrants, or coming down harder on the people traffickers who organize the dangerous voyages from Africa to Europe. Climate change is also a contributing factor.

Why do people leave everything behind and embark on a hazardous journey towards Europe?

War, hunger, poverty and lost faith in the future of countries with mounting problems – can all persuade people that the trip is worth the high risk.

Many migrants come from countries seriously affected by climate change.

Persistent droughts and extreme rainfall are affecting agriculture, they cause poverty, hunger, and conflict over declining natural resources like water and food, as people move away from hard-hit regions they put more pressure on natural resources and infrastructure in other areas.

Climate scientists show that these climate-related factors are continuing to intensify, and they warn that in the future they will be worse.

The climate debate revolves around reduction of emissions, adaptation to the effects of climate change, and then “loss and damage” when adaptation no longer is possible.

For many developing countries, adaptation is crucial, because failure to adapt creates social unrest, conflicts, refugees and it hinders development and growth.

These risks are specifically highlighted by the highest global authority on climate science, the Intergovernmental Panel on Climate Change.

In December the international climate negotiations is set to deliver a deal in Paris.

If the deal is to raise the level of global ambition, it has to include emission reductions, adaptation and loss and damage, as well as agreement about how to find the necessary funds and solutions.

Unfortunately, western politicians often neglect the crucial role of both adaptation and loss and damage.

Both in regards to prioritising what climate finance should be used for, and when developing positions and strategies for climate change negotiations with other countries.

At the same time these elements are key priorities for many developing countries. As a consequence different delegations continue to push different issues, making it difficult to reach an agreement.

The lack of adaptation, and a focus on loss and damage, in developing countries is contributing to an increasing amount of migrants trying to cross the Mediterranean sea.

EU ministers of foreign affairs have just met, to address the situation.

Next time we would suggest ministers of climate change, should include the refugee situation on their agenda.

With an increased focus on how to respond to the effects of climate change, EU will both contribute to a solution of the tragic situations of migrants, and to promote progress in the UN climate talks.

The tragedies of the Mediterranean will continue as long as poor people in developing countries can’t find opportunities that enable them to stay where they come from.

With global warming, the effects of climate change are expected to become worse, and so adaptation and loss and damage must be central priorities in the climate policies of the EU.