High ambitions, low on details: Can the Greens crack Westminster?

UK Greens hope to copy success of European cousins, but questions remain over how ambitious policies will be funded 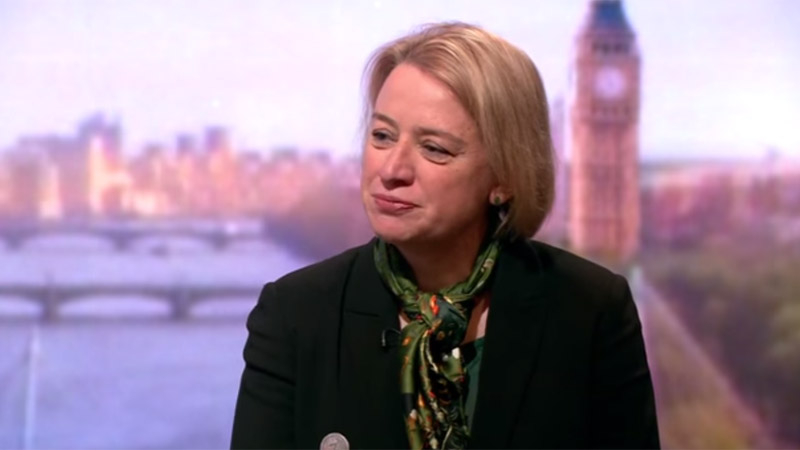 In the early hours of 7 May 2010, environmental activists celebrated as Caroline Lucas overturned a 5000 Labour majority to become the UK Green Party’s first MP.

Amid what papers described as hysterical scenes as the result was announced, Lucas said the Greens were taking their “rightful place” among other more established parties.

Roll on five years and the party’s ambitions stretch far beyond one seat.

Greens will stand in 75% of seats in England and Wales, offering their brand of ecological and left-wing politics to 50% more of the electorate than they reached in the 2010 election.

On Tuesday, Lucas and the party leader Natalie Bennett will underline this drive for the mainstream by kickstarting their campaign at the Royal Society of Arts.

They sense momentum, and they are smelling blood – especially where the Labour opposition is concerned.

“Labour has lost its soul. It’s supporting policies that are not dissimilar to the Liberal Democrats or the Tories,” says Peter Tatchell, gay rights campaigner and Green party member since 2004.

“The Greens are a party of social justice and environmental protection. They’re also a party opposed to war and are great defenders of civil liberties. Those are the kind of values that I support.”

Tatchell, who stood for election as a Labour MP in a 1983 byelection, is not alone.

Membership soared past 50,000 in January, making it the country’s fourth biggest political party. It’s hiring a larger hall for its spring conference as the previous one booked is too small.

Its leaders say they can appeal to parts of society that feel disenfranchised by the main three parties.

They’re proposing a £10 minimum wage (it’s currently £6.50), the re-nationalisation of major utilities and a 1% “wealth tax” on pension pots and property ranging from houses to supercars.

And yes – they also hold out the prospect of “a planet protected from climate change now and for generations to come”, banning fracking and backing renewables.

The UK press is largely unimpressed.

A traumatic interrogation by the BBC’s Andrew Neil at the end of January left many asking if Natalie Bennett had costed any of the party’s policies.

Many of these questions remained unanswered today when Bennett gave interviews to London’s LBC and the BBC Today programme, an experience she later described as “utterly excruciating“.

Other columnists have labelled the Greens as “bonkers” and “chaotic”.

But they are taking notice.

The right wing blogging website Guido Fawkes sent a rubber “free range” chicken along to photo-bomb one of the Green’s recent events – back-handed praise from one of Westminster’s most influential blogs.

And a row over TV election debates saw prime minister David Cameron demand the Greens were included – or he would not take part.

In mainland Europe, the idea of Greens in power is less absurd. There’s a sense this is just the latest step in a series of wins for a movement that is capitalising on popular anger at the political elite’s lack of empathy with voters.

“I think Green parties are part of a current day movement – these are parties that are based on values and sustainability,” Ville Niinisto, a Finnish green and the country’s environment minister from 2011-2014, tells RTCC.

“The Greens have been opening up the old ways – closed ways – of doing things by the parliaments.”

Niinisto resigned from Finland’s government last year – along with his fellow Green League ministers – after the country decided to pursue investments in nuclear energy.

“From my side of the Irish Sea we’re cheering them on and hoping that surge spreads to the rest of Europe,” he says. “I think it’s all to the good that the English Greens are starting to rise.”

Popular anger against ruling classes and ongoing repercussions from the global financial crisis appear to be encouraging voters to back more radical candidates.

The recent election of Syriza in Greece last month was largely due to anger at an austerity package imposed by Brussels, but its alliance with the Greek Green Party means the Greens have another notch to celebrate.

For years, the German Greens were the shining success story, governing in coalition from 1998-2005.

A cornerstone of a red-green coalition and led by the charismatic Joschka Fischer, the party was been credited with laying the foundations for Germany’s energiewende, a transition towards a renewable energy based portfolio.

“They emerged because virtually no other parties responded to the concerns at the time – and at the centre of this was ecology and foreign policy,” says Thomas Poguntke, director of the Düsseldorf Party Research Institute.

“It wasn’t only down to the environment – people voted for a party that had a broad programme. Non-military, for environmental protection, pro-gay marriage.”

Once in power they struggled to maintain all their radical positions, says Poguntke, but the key policies they stood for are now widely accepted across the main parties in Berlin.

The success of the energiewende is a matter of heated debate, but the government is standing by its goal to produce 80% of electricity from renewables by 2050, up from its current production of 26%.

Since the early 2000s, Greens in Belgium, Finland, Ireland and France have all tasted government, and last year Sweden’s green chief Asa Romson was appointed the country’s deputy prime minister.

At European Parliament (EP) level they’re a small but significant force, filling 50 seats, just under 7% of the total.

For Dutch MEP Bas Eickhout, the group’s value in Strasbourg is that they’re one of the few bodies to constructively challenge the status quo.

“We are not a pure populist party, like UKIP [UK Independence Party],” he says. “What they do is mainly shouting and making political points.”

“The big [parliamentary] coalitions didn’t want to do anything… just protect [EC President] Juncker,” he says.

Quiet coalition-building based on sound arguments is the group’s strength, he argues, along with a willingness to tackle sectors others are keen to avoid, like banker bonuses.

In Ireland, Ryan cites improved broadband access, tougher building regulations and a doubling of the country’s renewable capacity as key wins from his time in office.

It can be “bloody difficult” to sell a long term vision in an era of short-term political thinking, he says, but what’s vital is that Greens offer “sensible” policies to achieve their goals.

He also warns the high moral pedestal on which Green parties sometimes find themselves lodged can be a burden when they have to make tough political decisions.

“People want to vote for not just idealistic policies but people who can deliver practically, and I think there’s nothing like having to do that in government to have the experience and gain wider public support,” he says.

“I think one of the things we’ve learned is not to put everything down as a moral choice as in what car do you drive and are your cornflakes low carbon. It’s very difficult to address change by putting all the onus on the individual.”

Few political pundits seem willing to predict a Green surge across Europe, least of all in the UK, where a first-past-the-post system makes it hard for small parties to thrive.

“What they have to do is demonstrate basic competence in terms of leadership skills, and Natalie Bennett has a lot of work to do on that front, I have to say. And they need to demonstrate organisational capacity and mobilise voters,” says Rob Ford, a senior lecturer in politics at Manchester University.

Ford says 2015 will likely be too early for a Green surge, describing the British electoral system as “brutal” for new parties.

But he does see the chance for it to lay down foundations for future success, and drive awareness of green issues into the mainstream.

“If they get 5-6% of the vote, Green people will be appearing on Newsnight and the Daily Politics every day talking about environmental issues and putting that on the agenda,” he says.

“And because all parties tend to like to make policy-based responses to political problems, that means all the parties will think about environmental issues more seriously.”