Rajendra Pachauri will miss IPCC meeting, instead remaining in India where a police investigation is underway 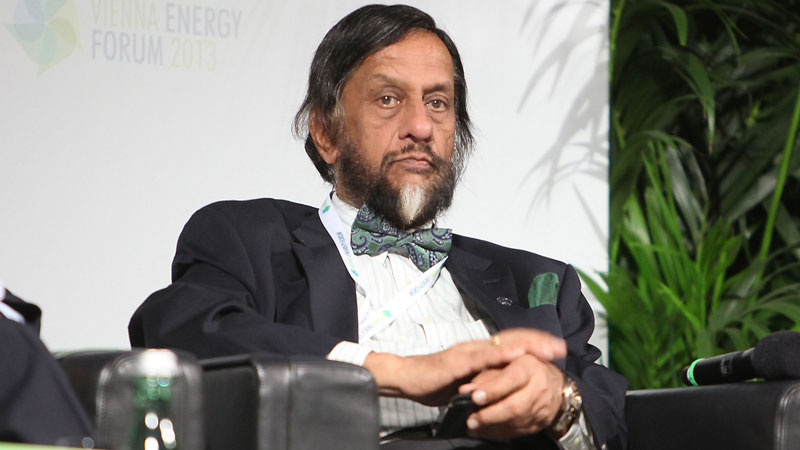 The head of the UN’s climate science panel has withdrawn from a meeting in Nairobi this week after police in India started investigating allegations of harassment made against him.

Rajendra Pachauri stands accused of sending inappropriate emails, texts and WhatsApp messages to a 29-year old colleague at the Delhi-based Energy and Resources Institute (TERI), where he is director.

His lawyers say he denies all charges, and believes his phone and computer were hacked.

The 74-year-old had planned to attend the 41st meeting of the Intergovernmental Panel on Climate Change (IPCC), which starts on Tuesday, where the future of the body will be discussed.

But in a statement the IPCC confirmed his duties would be taken up by a co-chair.

“The Chairman of the IPCC, Rajendra K. Pachauri, PhD, has informed the IPCC that he will be unable to chair the plenary session of the IPCC in Nairobi next week because of issues demanding his attention in India.”

A spokesperson from Pachauri’s office said he would provide “all assistance and cooperation” to Indian police in their investigations.

Regarded as the world’s leading authority on global warming, the IPCC released its last major report into the effects of greenhouse gas emissions in 2014.

It warned governments they must eliminate greenhouse has emissions this century or face average temperatures rising 2C above pre industrial levels, leading to increased flooding, droughts and rising sea levels.