COMMENT: A 2015 climate deal must ensure clear accountability over levels of rich to poor funding 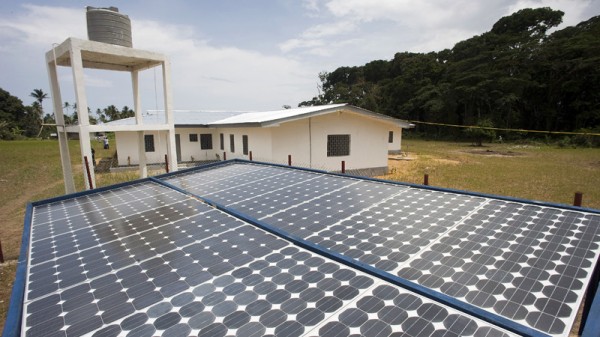 States, society and other actors are confronted with need for effectiveness and transparency in the context of global collective action to combat climate change.

This would create a virtuous circle between action and management that can be strengthened with an integrated monitoring, reporting and verification system (MRV).

But the lack of political will to discuss this issue has limited the opportunities to elucidate the political and technical questions related to its complex nature.

Research efforts seeking to understand this need have found great complexity in studying the flows of climate finance and the difficulty of separating the political and technical aspects of its measurement.

Some of the literature that permeates the negotiations has identified that

i) methodologies to evaluate and estimate climate finance vary greatly
ii) lack of common measures results in a shortage of consistent and comprehensive data to allow traceability and measurement effectiveness
iii) serious risks of double-accounting.

Financing for climate change cannot be exempt from MRV.

Developing countries have argued there is a need for an institutional arrangement based on effectiveness and transparency.

Recognizing its importance under the 2015 agreement, Ecuador has played a role of facilitator and bridge between different groups of both the north and south.

This work today allows the global community to have a proposal of guiding principles for MRV of financing which was originally introduced by the African Group.

The Ecuadorian delegation found a parallel work in its own efforts in the proposal submitted by the African Group on October 3, 2011 during the intercessional discussions in Panama.

Since then a revised proposal built on the African original idea has come to receive the support of the LMDC -Like Minded Developing Countries.

Today, there are few countries that would oppose in advancing on existing measures for reporting and review funding as well as to understand the processes and experiences aimed to that goal and implemented domestically or even by groups of countries.

There is the possibility of a common framework for actions and MRV support that can enable the context for a cycle of contributions on mitigation, adaptation and financing.

The Ecuadorian delegation has incorporated views from different spaces.

That has allowed the December 2, 2011 submission of a joint proposal of the G77 + China.

This submission not only aimed to provide guidelines to improve accounting but also allow increase transparency of its effectiveness in the use of funds.

It also proposed evaluating the level of compliance with funding obligations to the Convention on mitigation, adaptation, technology transfer and capacity building.

The underlying premise is that joint management of the subject may be the one that allows better accounting as an effort to mobilize $ 100 billion by 2020 and support the management of the financing mechanism of the Convention and the Green Fund.

The size of this challenge calls us all to join forces in two ways.

An open and flexible dialogue is the only way to address these questions in order to achieve progress in Lima.

This political will has been lacking delaying this area of ​​negotiation.

A new era of cooperation can ensure concrete progress toward an agreement 2015 which incorporates MRV experiences.

This can inscribe the necessary guidelines pre-2020 and beyond as well as to explore design options to develop the climate support-action nexus.