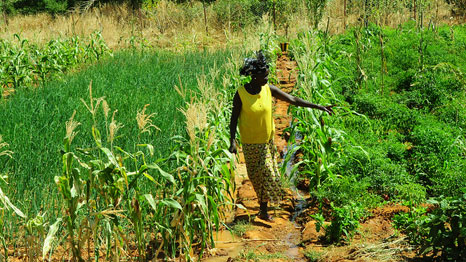 Tackling climate change while growing the global economy is possible if leaders follow these ten steps.

It’s an action plan proposed in the New Climate Economy report, the brainchild of the world’s leading economists and politicians thinking about climate change today.

It may just prove the most difficult to-do list the world has ever seen, but its compilers say it’s well worth the effort, improving the lives of billions while boosting the economy at the same time.

1. Accelerate low-carbon transformation by integrating climate into core economic decision-making processes. This is needed at all levels of government and business, through systematic changes to policy and project assessment tools, performance indicators, risk models and reporting requirements.

2. Enter into a strong, lasting and equitable international climate agreement, to increase the confidence needed for domestic policy reform, provide the support needed by developing countries, and send a strong market signal to investors.

3. Phase out subsidies for fossil fuels and agricultural inputs, and incentives for urban sprawl, to drive more efficient use of resources and release public funds for other uses, including programmes to benefit those on low incomes.

6. Scale up innovation in key low-carbon and climate-resilient technologies, tripling public investment in clean energy R&D and removing barriers to entrepreneurship and creativity.

8. Stop deforestation of natural forests by 2030, by strengthening the incentives for long-term investment and forest protection, and increasing international funding to around US$5 billion per year, progressively linked to performance.

9. Restore at least 500 million hectares of lost or degraded forests and agricultural lands by 2030, strengthening rural incomes and food security.

10. Accelerate the shift away from polluting coal-fired power generation, phasing out new unabated coal plants in developed economies immediately and in middle-income countries by 2025.