Why we need to stop talking about ‘geoengineering’ 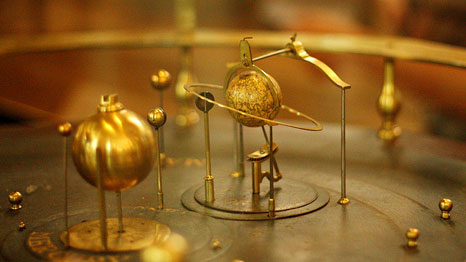 In Berlin last week, the conference ‘Climate Engineering 2014: Critical Global Discussions’ attracted the largest single gathering of researchers who scrutinise a range of technologies for deliberately engineering the Earth’s climate.

Over 300 scientists, social scientists, policy analysts, philosophers and public intellectuals from around the world met for three days to consider and debate the pros and cons of developing and possibly implementing such technologies.

The technologies range from ‘capturing’ carbon dioxide from the free atmosphere and burying it underground, to injecting tiny particles into the stratosphere to mimic the cooling effect of volcanoes – called sulphate aerosol injection (SAI).  And there are many others besides.

Implementation of such technologies is usually referred to using the collective term ‘geoengineering’.

But grouping together such radically different practices under a single term may hinder us from sorting out the viable technologies from the unviable, the risky ones from the not so risky.

The term ‘geoengineering’ was first used in relation to climate change back in 1977; it then referred solely to technologies which captured carbon dioxide from fossil fuel combustion process before burying it in land or ocean.

But over the last 40 years, and especially over the last decade, the term ‘geoengineering’ has come to be used to define an increasingly eclectic set of technologies.  They have just one thing in common: the goal of reducing or offsetting the heating of the planet caused by greenhouse gases accumulating in the atmosphere.

The idea of ‘geoengineering’ the climate was given a boost in 2006 by the Nobel Prize-winning scientist Paul Crutzen.  He wrote an article suggesting that it was time to consider seriously the development of a technology which could mimic volcanic eruptions and thereby cool the climate.

Three years later, the Royal Society of London commissioned a report called ‘Geoengineering the Climate: Science, Governance and Uncertainty’.  They evaluated a range of technologies and although they grouped some as Carbon Dioxide Removal (CDR) and some as Solar Radiation Management (SRM) technologies, the Report gave much greater public visibility to the overall project of ‘geoengineering’.

I agree with the notion of evaluating the feasibility and legitimacy of these types of technologies and of estimating their efficacy in reducing the magnitude of future climate change. It is also important to find out what people think about such technological ‘solutions’ to climate change.

But all this should be done on a case-by-case basis, one technology at a time.  For example, the risk profiles of iron fertilisation of the oceans, soil biochar and SAI, to name but three ‘geoengineering’ technologies, are each very different.  The first two seek to remove carbon dioxide from the atmosphere, unlike SAI.

SAI is relatively fast-acting, unlike the first two.  Both iron fertilisation and SAI introduce further risks for unenclosed global commons, unlike biochar.  And so on.

Conflating the widely different risks, benefits and politics of these technologies by using the umbrella term ‘geoengineering’ to describe them all is unhelpful and misleading.

For example on this news site last week, an article on the Conference was titled ‘Geoengineering creeps from sci-fi to reality’, drawing its rhetoric of ‘geoengineering’ as science-fiction from SAI.

At the Berlin Conference last week it was SAI which gained the most attention from delegates’ presentations.  And it was proposals from some scientists to commence experimental research into SAI which led to vigorous exchanges amongst experts at the conference about how such research should be governed.

There are a large number of interventions that can be taken by different human actors and institutions at different scales to slow and reduce the consequences of human actions for the climate.  They each yield different risks and benefits and they each carry different political and ethical implications.

Some analysts have argued that there is political value in maintaining a degree of ambiguity about the precise definition of the nomenclature ‘geoengineering’.

I disagree.  The world needs wide-ranging discussions about the risks and benefits of many types of responses to human-caused climate change.  Failing to be clear about the different potential technologies and policies on offer, and their radically different implications, does no-one any favours.

Mike Hulme is Professor of Climate and Culture at King’s College London.