As Julian Assange prepares to leave his hideaway, we recall the top Wikileaks releases on climate change 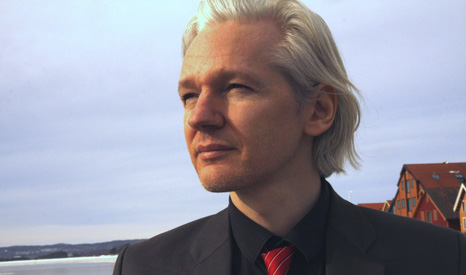 Julian Assange plans to leave the Ecuadorean embassy in London “soon”, he said at a press conference on Monday.

The Wikileaks founder has spent two years holed up in the embassy, trying to find a diplomatic solution to his tangle of legal problems.

Assange faces an arrest warrant for sexual assault charges in Sweden. He denies the allegations and has expressed fears that if he goes to Sweden, he will be extradited to the US over his leadership of Wikileaks.

That mass leak of diplomatic documents yielded some interesting information. But it angered governments around the world who wanted to keep their messages secret and said releasing such sensitive information could harm national security.

View from steps of Ecuadorean embassy. Julian #assange will not be leaving today pic.twitter.com/msxEn4FzIK

As speculation swirls around Assange’s next steps, here are five things Wikileaks taught us about the failed 2009 Copenhagen climate talks.

“French Environment Minister Jean-Louis Borloo told the Ambassador that the key to advancing climate negotiations is to drop the notion of a legally binding treaty in favour of a system of national commitments. He also argued that it would be up to a small group of eight or ten heads of state, and their sherpas, to negotiate implementation of the Copenhagen Accord.” – US Embassy in Paris, 17 February 2010

2 – China was angered by an insistence from Europe it should cut its carbon intensity (emissions per unit of economic growth) faster.

“China’s only concession during the talks was more cooperation with international organizations on verification of compliance on reduction commitments. The Europeans, however, “played a lot of tricks” and took advantage of their “united front” to endeavor to push CHINA to increase its carbon intensity reductions to an unacceptable level of 60%.

3 – China’s government struggled to keep up with negotiation process.

“The behavior of China’s delegation at Copenhagen reflects not only a lack of coordination between the Foreign Ministry and National Development and Reform Commission, but also that China´s internal decision-making process does not mesh with the fast-moving negotiating environment that characterized the Copenhagen discussions.” – US Consulate in Shanghai, 21 January 2012

4 – Small island nation the Maldives offered to host US president Barack Obama for a speech on climate change.

“[Ambassador] Ghafoor proposed that President Obama deliver a speech on climate change from Maldives when he next visits the region. He said Maldives would provide a dramatic backdrop and draw further attention to environmental challenges the islands face.” – Washington DC, 26 February 2010

5 – Saudi Arabia, a major oil state, was seeking to soften its resistance to action on climate change.

“There appears to be a growing sense within the SAG that it may be in danger of becoming isolated on climate change, which may prompt a re-examination of its position. Saudi officials have suggested that they need to find a way to climb down gracefully from the country’s tough negotiating position…

“On one hand, Saudi Arabia’s lead climate change negotiator has criticized the Copenhagen process in private and in public, arguing that the UNFCCC process is the only acceptable legal framework.

“On the other hand, Saudi officials are very eager to obtain investment credits for Carbon Capture and Storage (CCS) and other technology transfer projects that will only become available once an agreement has been reached.

“Saudi officials express concern about the impact a transition to a low-carbon energy mix will have on the country’s revenue stream at a time when it faces enormous financing needs to transform its economy to create jobs for its young, growing population.” – US Embassy in Saudi Arabia, 12 February 2010