IPCC report: we have the tools, now it’s time for a tough UN climate deal 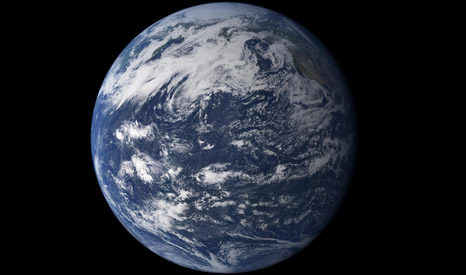 Runaway climate change can be thwarted. The cost of fighting global warming is affordable. It’s also within the reach of the richest.

What’s more, we can avert this global crisis without sacrificing living standards of the developed industrialised world.

That’s the message I read from the IPCC fifth assessment report on mitigation released on April 13, 2014 in Berlin.

This UN report essentially says the transformation needed to a clean energy world or low carbon growth is possible.

IN DEPTH: News and analysis from IPCC AR5

Already it is hitting least developed countries (LDCs), including my own Bangladesh, even these states are not at all responsible for the build-up of heat-trapping greenhouse gases in the atmosphere.

The LDCs want quick actions to cut emissions steeply and raise the level of mitigation ambition by developed countries.

We need a major ramping up of investments in mitigation, adaptation and technology and robust support for developing countries.

For the most vulnerable LDCs and SIDS it is of paramount importance to reach a new agreement in Paris in 2015!

Hear the cries of innocent victims – billion people from the LDCs. Act now, reach to a fair and ambitious climate deal.

I agree with Professor Ottmar Edenhofer who led the IPCC team for AR5 on mitigation: “It doesn’t cost the world to save the planet,” he said yesterday.

The report also finds the cheapest and least risky route to dealing with global warming: abandon all dirty fossil fuels in coming decades.

And it also dismisses all fears surrounding cutting back carbon emissions including chopping down economic growth worldwide.

Rather I think this report makes it clear that a transition to a low carbon future it might propel economic growth, produce more jobs and income across the global village.

The Berlin report of IPCC endorsed by 194 countries is the last part of a trilogy pointing out that climate change is caused by humans and, if not averted, would be a grave threat to mankind and could lead to mass migration and wars.

The take-home message for the emitters from this IPCC report is: it’s already delayed to limit the temperature rise below 2 degrees.

And current emission-cutting pledges by nations make it more difficult to keep it within 2 degrees, while the report warns a further delaying actions will raise the costs.

On the top of it, there is also limit of adaptation as the second part of the trilogy released last month in Yokohama warns.

I echo what US secretary of state John Kerry said: “This report is a wake-up call about global economic opportunity we can seize today as we lead on climate change.”

And I definitely agree with EU Commissioner Connie Hedegaard who said: “The report is clear: the more you wait, the more it will cost (and) the more difficult it will become.”

We need to mount our collective efforts.

The richest countries should lead and show others how to tackle climate crisis as they are in a far better place to respond quickly with resource and knowledge endowments including technological capacities than the developing countries.

They must come forward to support the least developed countries and other vulnerable nations urgently to help avert this climate catastrophe.

LDCs and other vulnerable countries are now on the hook of adverse impacts of climate change. First these nations should be taken off the hook.

Rescuing the poorest of the poor countries who are the victims is the square responsibility of the so-called fossil powers.

The good news is: the IPCC report released in Berlin commends some cost-cutting best practices like slashing energy waste, rising use of renewable energy including wind, hydropower and solar.

The market of renewable energy across the world is expanding. Solar home system is now gaining popularity even in a LDC like Bangladesh or renewables in Nepal. What is essential is urgency of global support mechanisms towards promotion of this silent energy revolution in many a developing countries.

Let us hope that IPCC reports would help guide us in our climate treaty negotiations, be it raising mitigation ambitions or reducing adaptation deficits or mobilising robust finance to avert climate crisis urgently.

IPCC scientists are absolutely right: the solution to climate catastrophe is in our hands! We must respond to the urgent call! Global leaders must act now.

Quamrul Chowdhury is a lead climate negotiator of LDCs and a veteran delegate of Bangladesh. Follow him on Twitter @QuamrulChow2030