Are investors the key to protecting the Arctic? 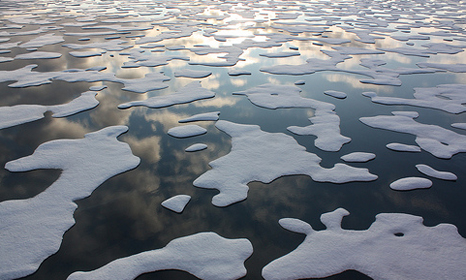 The Arctic is one of most vulnerable ecological sites on earth and, with the Arctic ice melting; the effects of the changing climate are already being felt.

A major oil spill would devastate the landscape and destroy the habitat of the animals that live there.

Today, ShareAction launches our latest Green Light online action; this time to get pension funds to stop Shell drilling for oil in the US Arctic Ocean.

A key aim of the campaign is to ‘disrupt’ the flow of pensions funds’ capital into new fossil fuel projects that threaten to take us over the 2 degrees threshold – and Shell’s work in the US Arctic ocean is a central focus in this fight.

Shell is the biggest company in the FTSE 100, with shares currently worth over £130 billion. Its size makes it the biggest shareholding of almost every UK pension fund.

That’s why the role that investors play in influencing company behaviour can’t be underestimated, and it’s why pressure from pension fund members could be the key to getting them to challenge Shell’s high risk plans in the Arctic.

And, after 3 years of costly, and, as yet unsuccessful attempts to drill in the Arctic behind them, investors should be asking Shell some very tough questions indeed.

As well as the catastrophic effect a spill would have on this unspoilt part of the world, the clean-up costs would hit Shell’s profits hard.

According to a report by WWF clean-up of a major oil spill in the Canadian Beaufort Sea would be impossible for seven months of the year and highly restricted even during the summer months.

The effects of a major oil spill in could be devastating to the Arctic landscape and wildlife. However it could also have devastating impact on UK pension pots.

A major spill in the US Arctic Ocean could have serious implications on the performance of pension funds’ investments in Shell. The Deepwater disaster resulted in a collapse in BP’s share price, the cancellation of its dividend for the first time since World War II and a sell off of assets.

While other oil majors are pulling away from the U.S. Arctic, Shell is still trying to plough ahead with its plans, despite plummeting share prices, ever rising costs and coordinated global opposition.

The rising costs and regulatory uncertainty are reason enough for investors to question the viability of this project.  Now, as Shell pause to ‘review our options’, campaigners are focussing their attentions on the investors with the power to get Shell to pull out of the Arctic for good.

In the next few weeks, shareholders will tell Shell’s new CEO, Ben van Beurden, what they think about the company’s Arctic plans – and our pension funds make up some of the biggest of these shareholders. They have the power to convince Shell to retreat from the high risk, high cost US Arctic for good.

Pension funds have enormous power and influence. If you’ve got a pension fund you can get them to challenge Shell on the Arctic.

Katherine Baird is Campaigns Coordinator at Share Action. To take part in the campaign visit the Green Light campaign website.