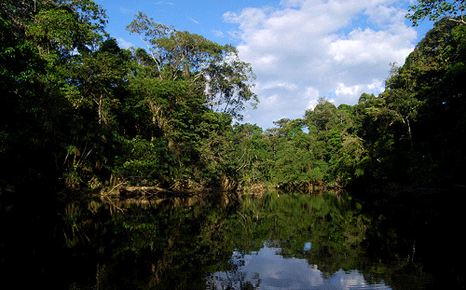 By Guy Edwards and Keith Madden

Ecuador proposed to keep 846 million barrels of “oil in the soil” under the Yasuní national park in exchange for compensation from the international community.

However, in a country where oil revenues cover over one-third of the national budget, Ecuador’s government decided it could wait no longer for the international community to donate the funds.

Consequently, “Plan B” is now in motion, which will likely see the exploitation of three new oil blocks in the Yasuní national park, roughly 20% of Ecuador’s oil reserves, with an estimated value of $18 billion.

At the heart of this shift in national policy is Ecuador’s massive $10 billion debt to China, which is to be repaid in oil.

In this context of structural dependence between the two countries, Ecuador’s recent alliance with China at the UN climate change negotiations is perhaps not surprising, but it is of serious concern.

As a country particularly vulnerable to the impacts of climate change, such an alliance with China, which has played a largely obstructionist role (along with the US) in recent international climate politics, is ultimately against Ecuador’s national interests.

With the UN Climate Conference in Warsaw next week (COP19), Ecuador’s proximity to China, along with the termination of its flagship Yasuní-ITT Initiative, risks jeopardising its credibility in the negotiations.

A major shift in strategy is needed if Ecuador is to play a positive leadership role towards achieving a new adequate climate deal in 2015.

The decision to utilise the oil reserves will expose one of the world’s most biodiverse areas to the irreversible trauma of oil exploitation.

As the Ecuadorian Amazon’s interior withers away, indigenous peoples living in voluntary isolation are seeing their ancestral homelands get picked apart by oil profiteers and illegal loggers and at extreme risk to their survival due to immunological vulnerabilities.

Carbon emissions will also increase due to the exploitation: by not extracting the oil reserves, around 407 million tons of CO2 equivalent emissions would have been avoided.

Ecuador took the decision to terminate the Yasuní -ITT Initiative for many reasons, including only securing $13 million out of the $3.6 billion in solicited funds and the unfortunate timing of the initiative’s launch in 2007 which coincided with the global financial crisis. The Ecuadorian government’s regular hints at the possibility of ‘Plan B’ to exploit the oil were also a major limitation.

The Ecuadorian public was strongly in favour of the initiative and Correa’s decision was met with protests.

In response, a propaganda offensive was launched explaining how the $18 billion of oil wealth would be used.

Recent polls suggest increasing support for exploitation, but a movement to protect the Yasuní and the indigenous peoples in voluntary isolation is gaining momentum and may force a national referendum despite the National Assembly’s green light for exploitation.

The primacy of oil for Ecuador’s social spending on schools and hospitals and debt repayments to China reveals the fragility of climate policies to economic necessity.

Ecuador’s partnerships with China have grown through the extension of loans following Ecuador’s default on its sovereign debt in 2008-2009, which discouraged other lenders. China has lent Ecuador roughly $10 billion, mostly via commodity backed loans, which will be repaid in oil.

Chinese companies have also been directly linked to the exploitation of the Yasuní oil blocks.

In recent years floods and droughts have caused billions of dollars in damages.

Although Ecuador emits around 0,001% of global GHG emissions, it is taking various steps to tackle climate change.

Ecuador has made impressive advances through its forestry protection scheme Plan Socio Bosque which incentivises forest protection, developing a national REDD+ programme and through Quito’s Climate Action Plan. Ecuador is also the first country in the world that has adopted the rights of nature in its Constitution.

By 2017, Ecuador aims to generate 6% of electricity from non-hydroelectric renewable sources and 93% from hydroelectric. However, Ecuador’s most recent yearly budget dedicated over $4.5 billion dollars to fossil-fuel related subsidies, which exceeds the quantity it requested for the Yasuní-ITT Initiative by just over a billion.

At the UN climate negotiations, Ecuador has gained a reputation as an innovative and pragmatic player.

In addition to the Yasuní-ITT Initiative, Ecuador has been active in putting forward pioneering proposals.

Ecuador has tabled plans for a small carbon tax on oil at a May meeting of the Organisation of Petroleum Exporting Countries (OPEC). The initiative, known as the Daly-Correa tax would see a 3-5% tax levied on every barrel of oil exported to rich countries, with the proceeds transferred directly to the UNFCCC’s Green Climate Fund.

Ecuador will promote the Daly-Correa tax proposal in Warsaw, which it thinks could raise up to $80 billion a year.

Ecuador negotiates at the UNFCCC alongside its ALBA partners including Bolivia and Venezuela.

Ecuador and ALBA also participate in the Like-Minded Group with China, Saudi Arabia, India and others. The group focuses primarily on upholding the principles of “common but differentiated responsibilities and respective capabilities” (CBDR+RC) and equity. The group also works to strengthen the unity of G77 and emphasises developed countries’ historical responsibility for climate change.

Given Ecuador’s minimal contribution to global GHG emissions, its alignment with China, the world’s largest emitter, and the Like-Minded Group is intriguing.

Ecuador and ALBA’s insistence on developing countries’ rights to develop aligns them with China’s positions.

Second, Ecuador (and ALBA) and China claim the historical responsibility of developed countries to act first.

Finally, taking these positions provides Ecuador and China with the opportunity to challenge the global status quo and US hegemony.

One of China’s main strategies has been to frame climate change as a North-South issue thus prolonging the “firewall” between developed and developing countries.

It has framed its opposition to binding commitments in the language of CBDR allowing it to use rhetoric that appeals strongly with developing countries including Ecuador.

Solidarity within the G77 to confront a sense of inequality and exclusion in the global economic system creates common purpose among the G77, including Ecuador, and results in positions that promote inclusiveness and consensual decision-making.

G77 leaders, including President Correa, are also presented with an opportunity to score political points at home and abroad by berating developed countries for their lack of action on reducing emissions.

These overlapping interests, combined with Ecuador’s dependence on China in the form of substantial debt, give us some insight as to why Ecuador and China would participate together in the Like-Minded Group.

However, the risks posed by climate change to Ecuador today and in the future if a strong agreement is not reached with substantial emissions reductions from all countries including China, suggest membership of the Like-Minded Group goes against Ecuador’s national interests.

To Paris (via Lima)

With the demise of the Yasuní-ITT Initiative and Ecuador’s proximity to China and the Like-Minded Group’s entrenched positions on the North-South “firewall”, Ecuador risks diluting its potential leadership role at the UNFCCC.

Quito should reevaluate its proximity to the Like-Minded Group at COP19, and build alliances with nations with a more flexible and ambitious approach.

This realignment is in Ecuador’s national interest.

With climate impacts set to becoming increasingly severe, a far-reaching agreement from all countries is required to limit global temperature increases to no more than 2°C.

Ecuador would not abandon its solidarity with the G77, but rather use its domestic climate policy and pioneering proposals to better use, through building alliances with more progressive groups in the G77 such as the Independent Alliance of Latin America and the Caribbean (AILAC), Alliance of Small Island States (AOSIS) and the Least Developed Country Groups and the European Union.

As Ecuador is the most progressive country within ALBA, it can act as bridge between ALBA and others within the G77 in the run up to COP20 in Peru.

With the 2015 deadline to reach a new global climate deal fast approaching, Ecuador stands at a crossroads.

The failure of the Yasuní-ITT Initiative may have tragic consequences for Ecuador’s Amazon region and indigenous peoples, but in terms of the UN climate negotiations it is but one of many setbacks.

Ecuador’s position at the UNFCCC may have been weakened by the end of Yasuní-ITT, but its proximity to China and the Like-Minded Group could make a bad situation far worse if this group’s entrenched positions lead to further paralysis in the negotiations.

Ecuador has a choice.

It can bemoan the obstinacy of the international community for failing to support its flagship project and throw in its lot with China, or it can bounce back by ensuring a well-managed national referendum on the Yasuní and promoting its pioneering proposals, emboldened by new alliances with other progressive nations at the UN climate talks.

In Warsaw, Quito has the chance to be a crucial player in building a new ambitious axis of progressive nations, and move the world forward towards the successful outcome needed in Paris in 2015.

Guy Edwards is a Research Fellow at the Center for Environmental Studies and co-director of the Climate and Development Lab at Brown University.

Keith Madden is a senior at Brown University and a member of the Climate and Development Lab.