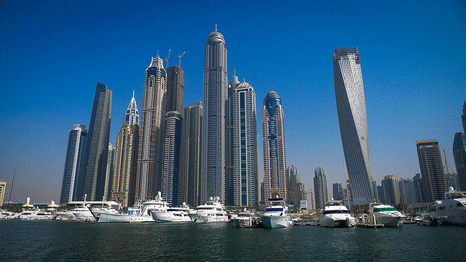 Dubai: Dubai switched on its first solar plant and plans to build a second, bigger sun-powered one to diversify energy supply in the United Arab Emirates, an OPEC member with 6 percent of global oil reserves. (Bloomberg)

Australia: Prime Minister Tony Abbott has dismissed the comments of a senior UN official who said there was a clear link between bushfires and climate change, arguing ”fire is a part of the Australian experience”. (Sydney Morning Herald)

Angola: The Angolan government has been accused of being in denial over a drought that has affected 1.8 million people because the crisis threatens to tarnish the country’s image as a booming economy. (Guardian)

Chile: Goldcorp has secured the environmental permit it needs to progress with its copper and gold El Morro project in the north of Chile, the Canadian miner said on Tuesday. Construction on the $3.9 billion project was halted last year, after the Supreme Court froze its environmental permit at the request of the local indigenous community, until the company had fully consulted the community. (Reuters)

India: India voiced firm opposition on Tuesday to EU plans to impose a scaled-back carbon charge on flights over European airspace while a senior U.S. lawmaker said the EU proposal runs afoul of a law intended to shield U.S. airlines from such charges. (Reuters)

UK: Former prime minister Sir John Major has called for an emergency tax on the profits of the UK’s top energy firms.The ex-Conservative leader said recent price rises of more than 10% were “unacceptable” and action was needed. (BBC)

US: US energy related CO2 emissions are at their lowest level since 1994 having declined 3.8% in 2012, according to government figures. The Energy Information Agency’s report released yesterday shows despite a growing economy last year energy consumption fell by 2.4%. (RTCC)

China: China’s battle against a persistent air pollution crisis, which all but shut down a city of 11 million this week, is being hampered by tough weather conditions, an environmental official said on Tuesday. (Reuters)