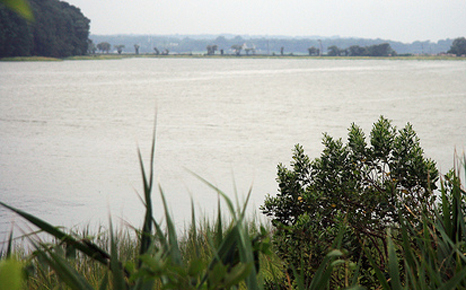 The Marshall Islands could be wiped off the map. (Source: gail548)

Pacific:  The Marshall Islands has warned of a Pacific “climate catastrophe” that will wipe it off the map without decisive action on global warming, saying the next 12 months are critical. (France 24)

Africa: Africa’s oldest national park is in danger of environmental destruction because of mushrooming oil concessions that now cover some 85% of its territory, according to a new WWF report by the consultants Dalberg. (EurActiv)

US: An overwhelming majority of Californians believe the state should act to curtail greenhouse gas emissions, according to a new poll, while residents narrowly oppose hydraulic fracturing and support construction of the Keystone XL pipeline. (Sacramento Bee)

China: China plans to invest US$294 billion in renewable energy as part of its plan to reduce emissions by 45% by 2020. (RTCC)

Solar: The world installed 31,100MW of solar photovoltaics (PV) in 2012 – an all-time annual high that pushed global PV capacity above 100,000MW. There is now enough PV operating to meet the household electricity needs of nearly 70 million people at the European level of use. (Investor Ideas)

US: Natural gas flaring in North Dakota, which can be seen from space, has more than doubled since 2011. (RTCC)

Australia: Canberra is set to log its hottest July on record, breaking records set in the mid-1990s, which climate scientists say serves as a reminder of the effects of human-made climate change. Meteorologists are predicting cooler days and higher than average rainfall for the coming months. (Canberra Times)

North Pole: North Pole is still frozen say researchers, after erroneous pictures of a ‘lake’ appeared on a number of news outlets. (RTCC)

UK: The Tory peer Lord Howell, father-in-law of Chancellor of the Exchequer George Osborne who attacked the North East as a “desolate” and “uninhabited” region that was better for fracking than the “beautiful” South has apologised – saying that he meant Lancashire. (The Mirror)