A US startup carried out a geoengineering experiment in Mexico, which the country claims was done without prior notice and consent 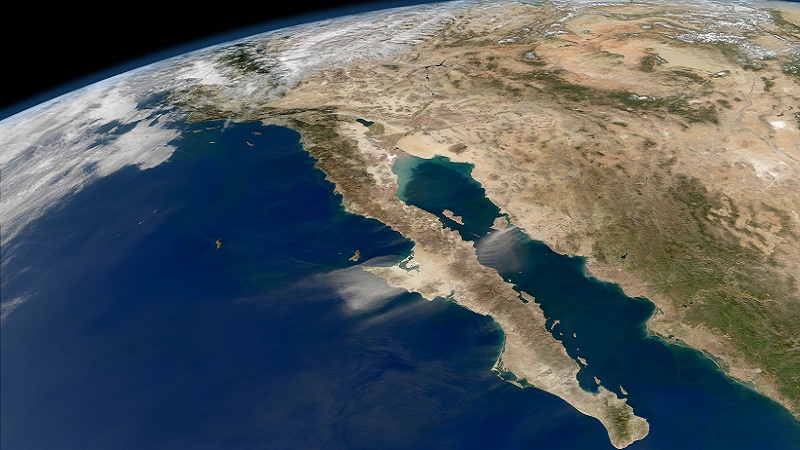 By Sebastian Rodriguez and Joe Lo

Mexico announced this Tuesday a set of measures to ban solar geoengineering experiments in the country, after a US startup began releasing sulfur particles into the atmosphere in the northern state of Baja California.

The Mexican government said it will develop a strategy to ban future experimentation with solar geoengineering, which will also include an information campaign and scientific reports. However, the government did not announce more specific actions.

“Mexico reiterates its unavoidable commitment to the protection and well-being of the population from practices that generate risks to human and environmental security,” said the government in a statement.

Geoengineering refers to the act of deliberately changing the Earth’s systems to control its climate.

One theoretical proposal has been to spray sulphur particles to cool the planet —which has been documented to briefly happen after volcanic eruptions.

A recent United Nations report found that this practice, known as stratospheric aerosol injection (SAI), “has the potential to reduce global mean temperatures”.

But, it found, it “cannot fully offset the widespread effects of global warming and produces unintended consequences, including effects on ozone”.

The UN convention on Biological Diversity established a moratorium on geoengineering in 2010, in the absence of enough scientific data and regulations.

In 2022, the US startup Making Sunsets launched an unauthorised experiment from two sites in the northern Mexican state of Baja California. The company claims it launched balloons injected with sulphur dioxide particles into the atmosphere, which were not monitored nor recovered.

The company’s co-founder Luke Iseman said he conducted the experiment in Baja California because he lives there.

The Mexican government said the experiment was carried out “without prior notice and without the consent of the Government of Mexico and the surrounding communities”.

Making Sunsets is already selling “cooling credits” for future balloon flights with larger amounts of sulphur dioxide for $10 each.

“Your funds will be used to release at least 1 gram of our ‘clouds’ into the stratosphere on your behalf, offsetting the warming effect of 1 ton of carbon dioxide for 1 year,” the company claims on its website.

Lily Fuhr, deputy program director at the Center for International Environmental Law (Ciel), said in a statement that by offering a “cheap and easy quick fix” to the climate crisis, the company “plays into the hands of the fossil fuel industry”.

“Solar geoengineering is too risky and ungovernable to pursue. We support the Mexican government in their plan for a ban and call on them to immediately stop the new flights that ‘Make Sunsets’ has announced for January 2023,” Fuhr said.

James Haywood is a professor of atmospheric science at Exeter University and co-wrote the recent UN report on SAI.

He told Climate Home that Make Sunsets experiment was not dangerous as the amount of sulphur was so small.

“It is more of a [public relations] stunt,” he said, adding “it’s not going to make a blind bit of difference”.

But putting larger amounts of sulphur in the atmosphere can be dangerous, he said.

While many of the side-effects of SAI can be avoided if it is done properly, he said, some are very difficult to avoid.

For example, he said, putting large amounts of sulphur into the atmosphere is likely to increase winter rainfall over northern Europe and reduce it over southern Europe, particularly in Spain and Portugal.

Speaking before the Mexican statement, Haywood said that at the moment there “is no government, no governance” of geoengineering and that he wasn’t aware of any governments proposing regulations.

Ciel called on more governments to announce bans on the practice.