Hurricanes and floods bring $120bn in insurance losses in 2022

Hurricane Ian in Florida caused a big chunk of the financial losses while floods in Pakistan, Nigeria and South Africa killed the most people 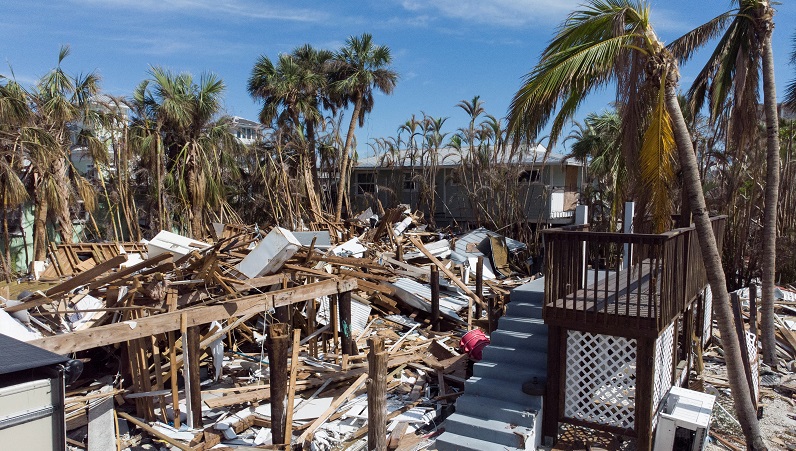 Hurricane Ian in the United States and floods and Australia helped to make 2022 one of the insurance industry’s costliest years on record for natural disasters, Munich Re said on Tuesday, warning that climate change was making storms more intense and frequent. 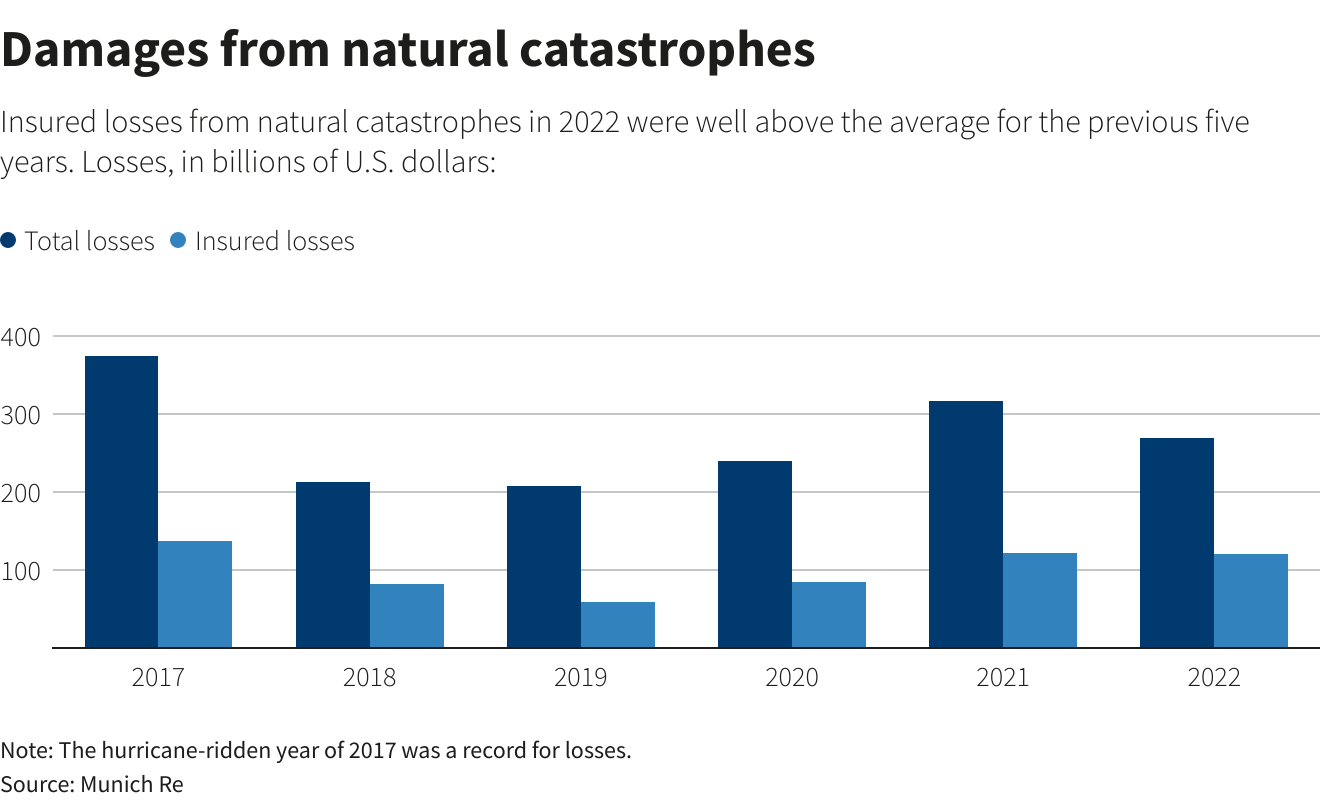 The annual tally by Munich Re is higher than the average of $97bn in insured losses over the previous five years and exceeds an initial estimate of $115bn last month by rival Swiss Re.

“Weather shocks are on the rise,” Ernst Rauch, chief climate scientist at Munich Re, said. “We can’t directly attribute any single severe weather event to climate change. But climate change has made weather extremes more likely.”

Annual insured losses of $100 billion appear to be “the new normal”, he said.

Total losses from natural catastrophes, including those not covered by insurance, were $270 billion in 2022. That is down from around $320 billion in 2021 and near the average of the previous five years. 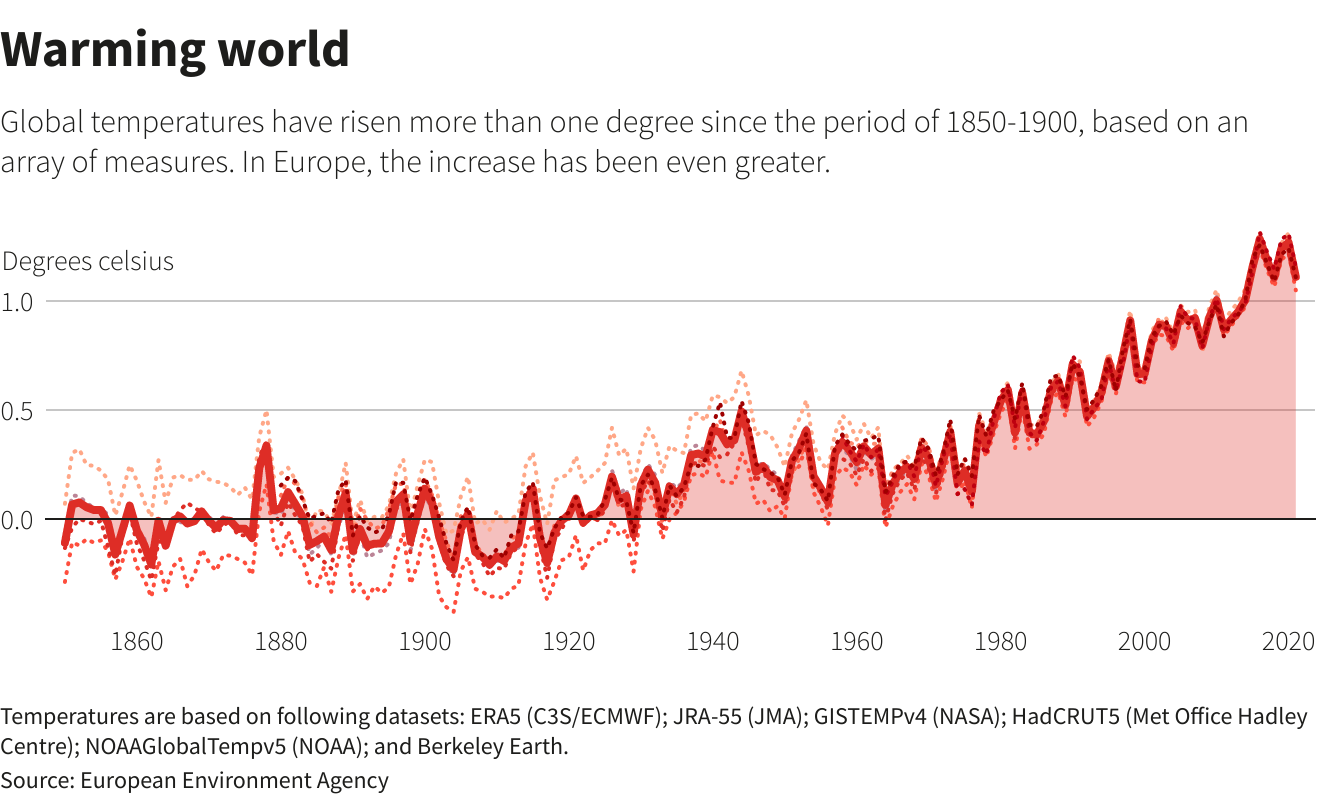 As insurance companies measure losses by the value of the properties damaged, disasters in wealthy countries with expensive property are weighted higher than those in poorer ones with cheaper buildings.

The United States once again accounted for a big portion of the losses with Hurricane Ian, which hit Florida in September, causing $60 billion of insured damages and $100 billion in total losses.

Floods in Australia early in the year and again in October resulted in $4.7 billion in insured damages and $8.1 billion overall.

Record monsoon rains and faster melting of glaciers resulted in floods in Pakistan that killed at least 1,700 people and caused $15 billion in damages. Most of the damage was not covered by insurance.

Pakistan’s floods were the most deadly disaster of the year. Hundreds died in floods in South Africa in April and Nigeria in June to October.

Scientists have said that events in 2022 were exacerbated by climate change and that there is more – and worse – to come as the Earth’s atmosphere continues to warm through the next decade and beyond.

Insurers have in some cases been raising the rates they charge as a result of the increasing likelihood of disasters, and in some places have stopped providing coverage.