Mexico’s new climate plan is worse than its old one, analysts say

Mexico, a country of 130 million, is one of only two G20 countries not to have set net zero emission targets 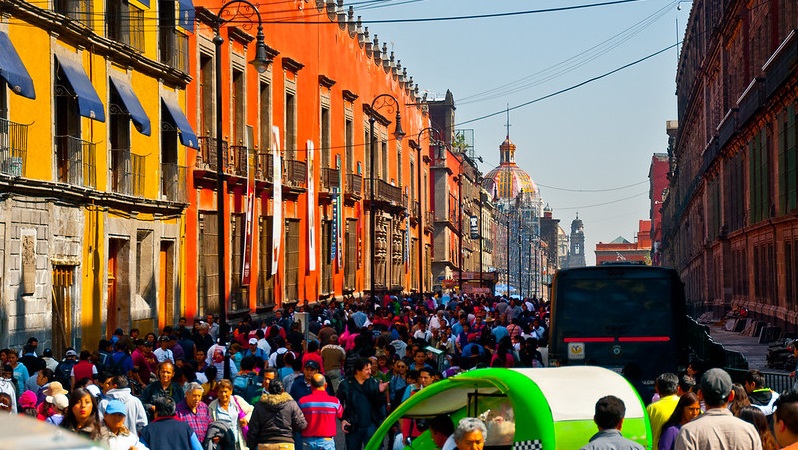 With very few governments updating and improving their climate plans in 2022, the Mexican government’s initiative was celebrated at Cop27, with US climate envoy John Kerry even saying the document was “one of the most outstanding contributions among the G20 countries”.

During a public event with the Mexican delegation, Kerry called it a “huge significant shift from where Mexico was even last year at Cop26 in Glasgow” and later told the closing plenary that the country is “significantly strengthening its 2030 target”.

But a new analysis from Climate Action Tracker (CAT) now suggests the plan will still lead to more emissions than the previous government’s nationally determined contribution, which was published in 2016.

Political risk analyst Carlos Ramirez told Climate Home that the country’s foreign affairs minister, Marcelo Ebrard, was trying to position himself as climate-friendly in order to try and secure his party’s nomination for the next presidential election.

India’s sugarcane farmers struggle to cope with droughts and floods

Mexico, a country of 130 million, and Indonesia are the only two G20 countries not to have set net zero targets. President Andrés Manuel López Obrador’s policies have favoured state-owned oil company Pemex over private renewables companies.

The new 2022 plan is still less ambitious than the 2016 one, de Villafranca Casas said.

At first glance, it looks more ambitous. The 2016 one targets a 22% reduction in greenhouse gas emissions by 2030. The new one aims for 30-35% cuts. Both reductions are against an estimate of what emissions would be if no action was taken, called a ‘business as usual baseline’.

But the baselines are different. The 2016 one targets emission cuts from a lower baseline. This makes it harder to reduce emissions compared to it.

Da Villafranca Casas also accused the government of “creative accounting”. She said the new plan leaves forests, which suck in carbon, out of its baseline. This makes it higher. But it allows these forest carbon sinks to be included in its emissions figures. “While technically allowed, this approach is not transparent,” she said.

She said there was “a good possibility” that the new climate plan will be challenged in the courts like the 2020 one was.

“[Ebrard] went to [Cop27 to] promise a seires of goals which look great on paper but when you come back to Mexico and see what they are doing, there’s no action”, he said.

Kerry has made several visits to Mexico to push climate action. Cop26 president Alok Sharma has also been to Mexico to call for it to improve its climate plan. “Kerry can come 100 times,” Ramirez said, “at the end of the day, what I’ve seen is nothing on climate change”.

There is a presidential election in 2024. Current president Andrés Manuel López Obrador is very popular. He is not allowed to run again but his chosen successor is likely to win.

The two front-runners, Ramirez said, are Ebrard and the mayor of Mexico City Claudia Sheinbaum. She is a physicist and contributor to Intergovernmental Panel on Climate Change reports. In Mexico City, she has promoted rooftop solar and cycle and public transport infrastructure.

Ramirez said Sheinbaum may make Mexico more devoted to climate action. But it would be difficult to overturn Lopez-Obrador’s pro fossil fuel policies, particularly as he will remain popular and powerful even after stepping down as president.