Sign up to our newsletter to get the latest updates from Cop27 climate summit in Sharm el-Sheikh, Egypt, straight to your inbox 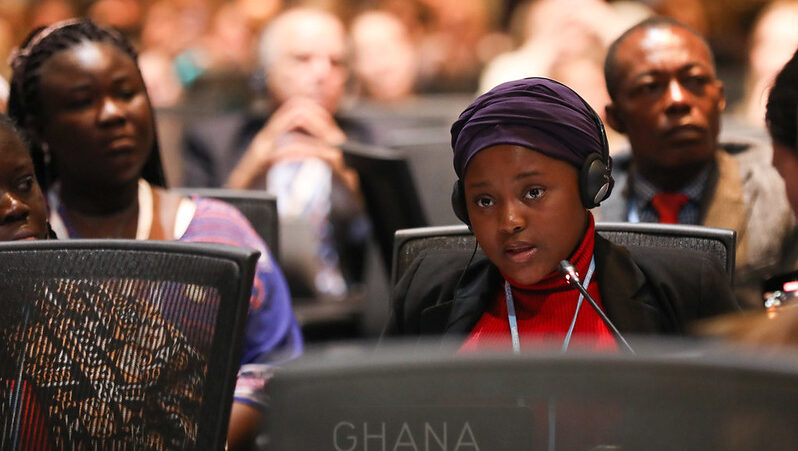 As expected, Cop27 has gone into overtime. Pavilions are being packed away and the venue’s food and water supplies are drying up. This is when negotiating gets intense.

Vulnerable countries are closer than ever to achieving what many thought would never happen – a dedicated facility for loss and damage finance.

The EU opened the door to it, putting the onus on holdout the US to broker a deal with China. The two countries’ climate envoys spent hours in a room together on Thursday night and unfortunately, one of them caught Covid.

At the methane ministerial on Thursday, John Kerry said he had a cold but had tested negative for Covid. Whitney Smith, his spokeswoman at the US State Department, said he tested positive on Friday morning. Smith said his symptoms were “mild” and he had worked all day from his hotel.

That’s a blow. Cop deals are still done in person, often on the floor of the plenary hall.

At last year’s closing plenary, Kerry strode from group to group making promises, reassurances and threats to close the deal.

US negotiators will still do this. But having to dial in the bed-ridden boss risks slowing things down.

The trillion-dollar question: who pays?

The key to unlocking the talks is finding a way forward for who pays for climate damages in vulnerable countries.

“If you can get agreement on the loss and damage funding piece, I think everything else falls into place,” said Alden Meyer of E3G.

That’s easier said than done. The EU has opened the door to establishing a loss and damage fund this year, with conditions: China and other nations who have the capacity to do so should pay and only the most vulnerable countries can receive money. But there is no list for who falls into each camp.

The EU says that should go hand in hand with steeper emissions cuts to prevent worsening impacts. “This is our final offer,” EU’s climate chief Frans Timmermans said.

Where the US stands on this will be critical. A proposal came out yesterday to agree “funding arrangements” that would include a dedicated fund, with the hope of bringing Washington on side.

Money would come from public and private sources. Insurance, debt relief and global taxes on oil and gas could be part of the mix. The details would have to be worked out with a view to operationalise it 2024. That would be a huge move from the US but will it fly?

Despite a lack of enthusiasm from the Egyptian presidency, some are still trying to get fossil fuels in the cover text. Colombia is taking on the baton from India and has drafted text with the UK calling for a phase out of all fossil fuels.

“If we don’t have mitigation commitments, there can be a fund for loss and damage but no fund will cover the catastrophic consequences of climate change,” said Colombia’s environment minister Susana Muhamad.

We’ll find out soon if they succeeded, with another draft expected on Saturday morning.

China shouldn’t pay – All the talk of expanding the donor base for climate finance is aimed at China. But an ODI analysis found China still too poor and low-emitting per person to pay. Qatar, Singapore and Israel are more logical targets, it found.

Chaos in Brussels – Luxembourg became the latest to announce it would quit the Energy Charter Treaty on Friday. The European Council failed to agree a joint position on whether to ratify reforms at Tuesday’s conference. Reform would allow countries to stop protecting fossil fuel investments.

Elsewhere in Egypt – While leaders were speaking at Cop27 last Tuesday, Alaa Abd el-Fattah attempted to kill himself in his prison cell, his family said. On Friday, the same day US president Joe Biden and Egyptian president Abdel Fattah el-Sisi traded jokes, he collapsed and was fed intravenously.

Brazilian propaganda – The outgoing Brazilian government is exhibiting a slick virtual reality film at its pavilion at Cop27. The video claims the government is making efforts to bring renewable energy to the Amazon and to promote development while protecting nature. It does not mention deforestation.

Adaptation shortfall – The Adaptation Fund has received $230m in new pledges and contributions in 2022. Germany was the biggest donor with near $60m, followed by the US with $50m. Other European nations and Japan contributed. The fund says it still has a pipeline of unfunded projects worth $380m.