I never got to say goodbye to my relatives, victims of climate chaos

Comment: My loss is just one of many for Africa. If we do not get justice at Cop27, I fear conflict and scarcity will escalate beyond national borders 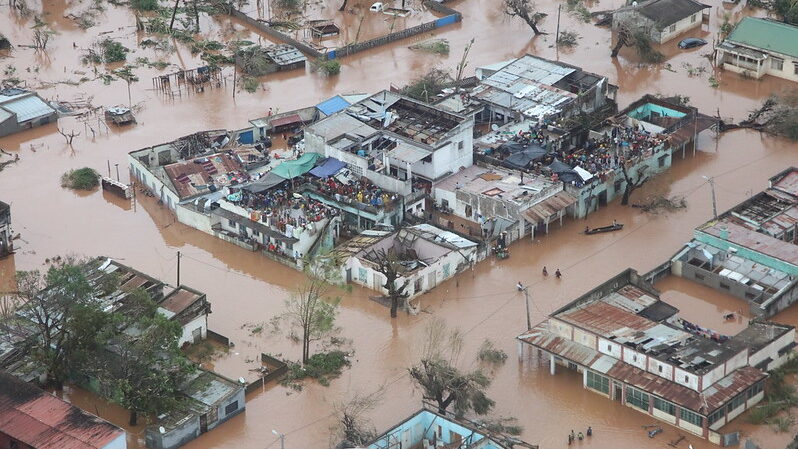 Zimbabwe’s Eastern Highlands are a lush, fertile region that sends produce to be sold on the streets of Europe. An area rich in mining for precious stones and metals, it gave us food and an economy but is now being ravaged by climate change.

It is from there that some of my relatives disappeared in mudslides after the 2019 Cyclone Idai. From one minute to the next, torrents of rainfall fell and entire villages were swept away. We never said goodbye. These were young people, none above fifty years old, asleep in their beds at the time. Will leaders attending Cop27 allow this to keep happening repeatedly?

Loss and damage finance is central to this summit; a thorny issue but absolutely vital to give African countries even an outside chance to recover from previous climate events and buckle up for the next ones.

One third of Pakistan was recently under water, leaving over 1,000 dead and a bill of over $40bn. The country’s prime minister Shehbaz Sharif recently remarked that indebted nations should not be constantly forced to take a “begging bowl” around the world fundraising to repair damage inflicted by the actions of rich polluting nations. Money should already be on hand in the form of a fund.

Thirteen years ago, at the Cop15 in Copenhagen, rich countries pledged that they would provide $100bn a year for struggling nations to adapt to climate events and temperature rises by 2020. We are not even close.

Even last year’s Cop26 decision to double funding for adaption to $40bn by 2025 was recently described by Egypt’s Cop27 representative as “a drop in the ocean”. The question is, why don’t governments want to meet the finance targets they set and why can they get away with breaking their promises?

Unleashing forces beyond our control

If at this very late stage policymakers at Cop27 decide that leading carbon emitters bear no responsibility to renumerate victims of climate change, we risk unleashing centrifugal forces beyond our control.

My biggest fear is that conflict and scarcity will continue to overlap, further devastating the continent. We already see it emerging already in Burkina Faso, Ethiopia and Mozambique where humanitarian needs are creating waves of displacement. The assumption that these issues will be confined to their borders is a naïve one.

If people cannot secure themselves and their families against flood, drought, or scorching temperatures, they will leave. If we abandon communities to the elements, whole economies will be decimated.

We have observed time and time again that when people lose options, they become far more susceptible to extreme ideas. And then it won’t be an issue confined just to Africa, it will go global. One would have thought that it is even in the west’s benign self-interest to tackle conflict, extremism, and migration as the inevitable multiplier effects of climate change.

In addition to desperately needed financial support, a loss and damage mechanism will show developing countries that justice is being done. Climate change is anthropogenic; we can see who did it, when and how by much.

From there we can start discussing liability and whether those nations that have contributed most of the global emissions can and should face potential legal issues down the road if they fail to address the consequences of their actions now.

It seems clear that the source of the inertia is not technical but political. Africa is stuck in a vicious circle; its countries struggle to access climate finance, and when they do it is at punishing rates because they are in such a vulnerable situation.

Higher interest rates have amounted to over $40 billion for 40 climate-vulnerable countries from 2007-2016, and some reports have estimated will cost $146-168bn over the next decade. Low-income countries pay five times more on debt repayments than they do on climate resilience.

This year’s climate summit in Sharm el-Sheikh has been termed “an African Cop” but the location doesn’t matter if our pockets are empty at the end of it. Previous climate summits were held in Africa, but what will be the reaction across the continent in 2023 if our concerns are once again sidelined? Africans will not forget or forgive another display of indifference.