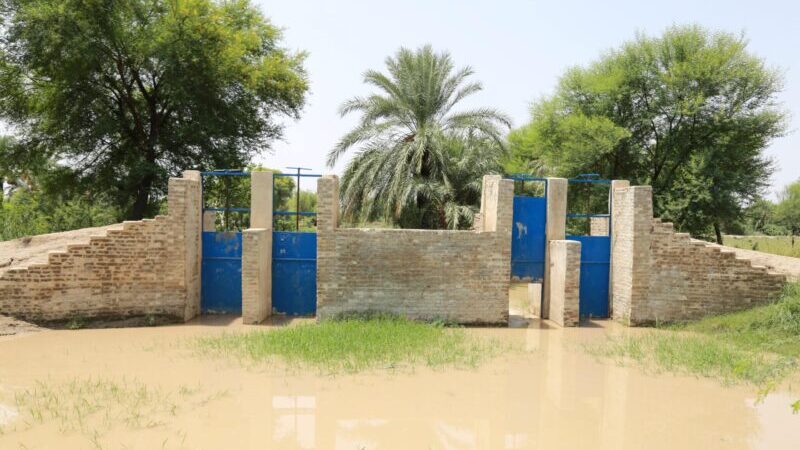 2022 will have a lasting impact on Pakistan.

Extreme flooding over the summer has left an estimated 1,700 people dead, nearly 2 million homes destroyed, and billions of dollars’ worth of infrastructure damage.

UN secretary general Antonio Guterres told diplomats last month that Pakistan was facing “a level of climate carnage beyond imagination” and that it was paying a “supersized price for man-made climate change”. The country has experienced extreme weather before, most notably in 2010 when record monsoon rains also caused widespread damage across the country.

But this year’s flooding feels different. The scale and intensity of the disaster is heightened, impacting vast areas of land and in provinces unused to seeing such rains. Half of the country has been designated as “calamity-hit”, according to the National Disaster Management Authority, with a further 40 districts declared as “flood-affected”. This means 75% of Pakistan has felt the impacts.

This is particularly true of Balochistan in the southwest of the country. Seasonal floods have usually been driven by conditions further north in Khyber Pakhtunkhwa and Punjab provinces. This year, Balochistan, a huge yet sparsely populated region known more for its desert climate, has been one of the worst affected.

Helvetas, a Swiss international aid agency, has been in Pakistan for 40 years. Dr Arjumand Nizami, the organisation’s country director, tells Climate Home News the flooding was a “monster disaster” and likens it to “someone beating the hell out of the sky”.

This work includes reinforcing protective structures for villages and improving drainage to channel flood water towards agricultural land. Controlling water is important in places such as Balochistan due to frequent and severe drought. When the mountain rains do come, local people need to know how to use it.

It’s these extreme contrasts which make climate adaptation such a challenge in the country. “You either have too much or you have no water,” notes Nizami. “And these kinds of situations are becoming more frequent. We have emergency-like situations which require a humanitarian response. There’s no time for development because it’s one emergency after another.”

The emergency Pakistan now faces is on multiple levels: food shortages in areas which already rely on imports; hundreds of thousands of cattle lost; contaminated drinking supplies; and standing water increasing the likelihood of disease.

On a recent visit to Balochistan, Dr Nizami saw housing loss on such a scale that “one cannot imagine if life was ever there”.

The challenge of rebuilding a country where extreme weather is becoming commonplace is a long term one. And this is where the issue of loss and damage comes in.

In the weeks following the flooding, politicians, and diplomats, least not the UN secretary general, made clear the disconnect between Pakistan’s contribution to global greenhouse gases – less than 1% – and its position on the frontline of the climate crisis.

As calls for climate compensation grow louder, Pakistan’s brutal experience could guide negotiations at Cop27 international negotiations in Sharm el-Sheikh, Egypt next month. How a deal will translate to the local level is unclear, but the projects that aid agencies, such as Helvetas, are developing can point the way.

Helvetas is already working on these issues, from enhancing water management in remote areas to creating in-depth disaster risk scenarios for the Government. One of the benefits of this approach is cost. It’s cheaper and more effective to prepare for climate disasters before they happen than to conduct crisis management afterwards.

It’s difficult to see how Pakistan can begin to address these problems without outside assistance. The bill for the flooding sits at an estimated $30 billion. Inflation recently reached 27%. And one of the largest packages of financial assistance has come via a $1.17 billion IMF loan. This is clearly insufficient to meet the scale of this year’s extreme weather, let alone what might be round the corner.

“Disasters cannot be stopped. The rains will come,” adds Nizami. 2022’s flooding may serve to raise awareness of the need to fully prepare for the future. The Pakistani government has come a long way since the last major disaster in 2010 and climate change is now firmly on the policy agenda. It’s only by seeing this disaster through a climate lens that we can improve our response, and for the ones which follow.

Adam Wentworth is a freelance writer based in London.

This post was sponsored by Helvetas. See our editorial guidelines for what this means.