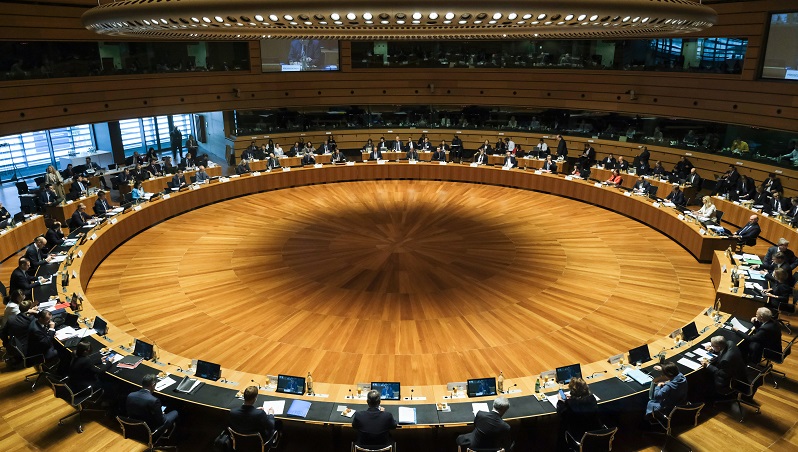 European Union finance ministers reached a deal on Tuesday to raise €20 billion ($20bn) from the bloc’s carbon market to support the transition away from Russian energy, opening the way for talks with the European Parliament to finalise the plan.

Tuesday’s deal is part of a wider €300 billion ($300bn) plan tabled by the European Commission in May to speed up the energy transition in the wake of Russia’s military aggression in Ukraine.

“Given the geopolitical context since Russia started its military aggression against Ukraine, and given the latest attacks on energy infrastructure in Europe, I am sure it is necessary to push for a fast agreement on this proposal,” he added.

The proposal will add a new energy chapter to the national recovery plans approved by the European Union to restart the economy in the wake of the Covid-19 crisis two years ago.

But how to fund this spending without compromising other green objectives is hotly debated between the EU’s institutions and has yet to be decided.

The European Commission originally suggested releasing carbon credits from the market stability reserve. This reserve was established in 2015 to keep the carbon price high to incentivise emissions reductions.

But EU countries like Germany, France, the Netherlands and Denmark, were opposed to the idea, said Agnese Ruggiero from Carbon Market Watch, a green NGO. And in the European Parliament, all the main political groups are also fiercely against.

With its proposal, the European Commission probably tried killing two birds with one stone by raising funds and addressing calls from eastern EU countries to tackle high prices on the carbon market, Ruggiero said.

Experts also criticised the Commission’s plan, saying it would undermine trust in the ETS at a time when the EU needs a high carbon price to sustain the bloc’s more ambitious decarbonisation targets for 2030.

Instead, EU ministers backed a combination of funds, including drawing 75% of the €20 billion ($20bn) from the Innovation Fund and 25% from the early sale of carbon allowances (frontloading).

Although more allowances would be sold in the short term, there would be no new CO2 allowances added to the ETS, raising pressure on EU countries to accelerate emissions reductions in the second half of the decade to hit the bloc’s 2030 goal.

But the European Parliament rejected the idea of using the Innovation Fund and would rather draw the €20 billion from the regular pool of emission allowances.

“We strongly disagree to have the main bulk of the money from the innovation fund because we need the fund to support the transition of the industry,” said Peter Liese, a German MEP who is the lead negotiator on the ETS reform in the European Parliament.

“This is completely unacceptable for us. And we will fight hard against this proposal” during final talks with EU member states, he added, saying member states like France and Netherlands were on the Parliament’s side.

Last week, Liese presented a common position on the issue with the Parliament’s four biggest political groups – the centre-right European People’s Party (EPP), the left-wing Socialists and Democrats (S&D), the centrist Renew Europe (RE) and the Greens.

“Those resources would be better spent than the way they’re being spent right now as the projects from the Innovation Fund are really focused on innovative technologies that may actually not be deployed in the next years to come. While actually the money from the recovery funds will be spent for mitigation strategies right away,” he explained.

The scope of the Innovation Fund should also be addressed in wider discussions about reforming the carbon market, he added.

However, it is not yet clear whether the negotiations will take place as part of the wider carbon market reform, which would allow trade-offs in negotiations within the topic, or if it will be tackled in separate negotiations.

The European Parliament is expected to vote on its position in November. It will then negotiate the plan with EU countries.

If adopted, the Parliament’s “frontloading” proposal would leave EU countries with fewer allowances until the end of the decade, which means pressure to decarbonise “will be even higher” as the EU gets closer to 2030, Liese said.

“That’s why member states are not so happy,” he added.

The European Commission hopes to have the proposal adopted by early next year.

This article was originally published on Euractiv and has been lightly edited for clarity.