Comment: Copenhagen was the first city to launch a carbon neutrality plan in 2012, but has given up on its pledge due to a lack of CCS funding 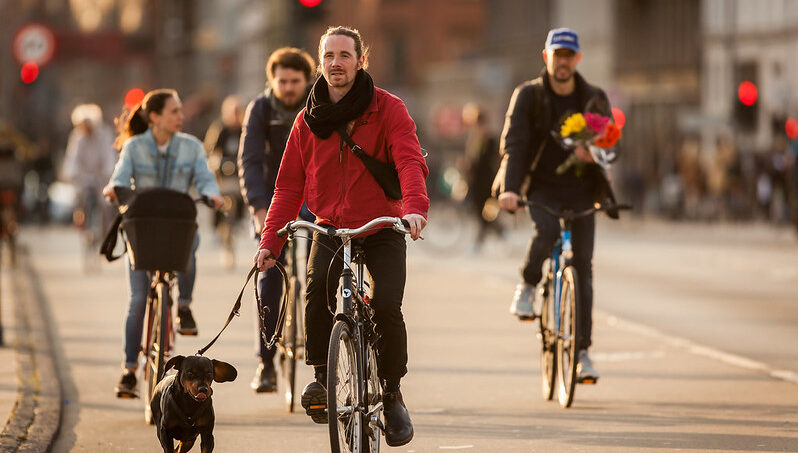 Copenhagen, often celebrated as one of the world's greenest cities, has given up on its 2025 carbon neutrality target. (Photo: Franz-Michael Melbin/Flickr)

The city of Copenhagen, often celebrated as one of the world’s greenest for its cycling culture and other initiatives, recently defaulted on its pledge to become carbon-neutral by 2025.

This early failure in the global race to net zero emissions (a balance between CO₂ emitted and absorbed) may foreshadow backtracking by other target-setters, indicating that pledges to cease contributing to climate change demand greater scrutiny.

Since 2012, when Copenhagen launched its plan to become the first carbon-neutral city in the world by 2025, the city has enjoyed international recognition and a significant branding boost. It expects to reduce emissions by 80% by, for instance, switching its power and district heating systems to biomass, wind and solar, renovating buildings to make them energy efficient and improving public transport.

The remaining emissions were supposed to be mopped up by installing carbon capture and storage (CCS) technology at the local waste-to-energy plant. This would remove CO₂ from the smokestack before it is emitted to the atmosphere, isolating it for later underground storage.

But at the beginning of August 2022, the semi-public utility Amager Resource Center (ARC) which manages the plant announced it was ineligible for national CCS funding. This funding, it argued, would otherwise have enabled them to capture CO₂ generated by burning the city’s waste. And so, Copenhagen has given up on its pledge.

Cities such as Glasgow and Helsinki, countries like Sweden and the UK, and companies including IKEA and Apple have made similar pledges to be net zero by 2030, 2045 or 2050. This gives the impression that sufficient measures to address climate change are in the pipeline.

Yet various reports and studies suggest that these pledges often skimp on important details, by failing to include progress reports or specify the emissions they target. Critics have warned that the idea of net zero may only serve to greenwash reputations and diminish the urgency around decarbonisation.

Copenhagen is unlikely to be the last to renege on its net zero pledge. The city’s example of relying on immature technology and external funding indicates how similar climate plans might disintegrate in future.

Copenhagen’s plan to reach net zero emissions did not always include CCS. When the city announced its 2025 goal in 2012, the Danish parliament had just rejected an application from Swedish energy company Vattenfall to deploy CCS at its coal power plant in northern Jutland. Danish politicians wanted to monitor experiences with CCS abroad before allowing it in Denmark.

Instead, in 2012 Copenhagen’s net zero plan relied on the expectation of reducing the energy-to-waste plant’s emissions by recycling more plastic waste and increasing the ratio of organic waste (since it would count as carbon neutral). But when the third and final road map for Copenhagen’s transition was presented in 2021, it included a shortfall of 430,000 tonnes of CO₂.

Alongside other measures, CCS was – in line with new national policy – supposed to be installed at the plant to bridge the gap by cutting 390,000 tonnes of CO₂. The utility managing the plant suggested the technology could capture up to 500,000 tonnes.

Despite the faith invested in it, carbon capture technology has a poor track record. A new study by the Institute for Energy Economics and Financial Analysis think tank found that CCS projects tend to underperform on their emission reduction targets.

Dedicated investment in carbon storage technology has been sluggish too. As a result, CCS is largely used to extend the shelf life of fossil fuels, as captured CO₂ can be injected into oil wells to extract additional oil. These and other issues were reported to municipal leaders in Copenhagen as substantial risks to the 2025 goal.

The second problem concerns the question of accountability. Who is ultimately responsible for Copenhagen’s failure to meet its net zero target? When the utility ARC first announced its plan to deploy CCS at its waste-to-energy plant in 2021, it counted on external funding and a supportive policy framework to do so.

Now, the head of the city’s technology and environment committee criticises national politicians for knowingly setting financial criteria which the utility cannot meet, hindering the city’s road to climate neutrality. And so, the baton of responsibility is passed.

Emissions targets must be based on credible measures which are within the powers of those pledging them. There must be clear ways to assign accountability if those plans fail. When organisations boast of pledges which ultimately depend on the actions of others to succeed, the public is right to question their validity.

Copenhagen’s mayor suggested the city may still reach climate neutrality in 2026, 2027 or 2028. Yet this case shows how easily net zero plans can fall apart.

It reveals the dangers of the current uncoordinated approach to reaching net zero, in which every organisation is free to set its own eye-catching pledge without fully accounting for its success. What we need is for political and corporate decision-makers to present credible plans for the necessary deep decarbonisation of society.

This article was produced by The Conversation and republished under a creative commons licence.