Comment: Many of the actions being taken for Europe’s energy security will cut emissions – so why not submit a stronger climate target to the UN? 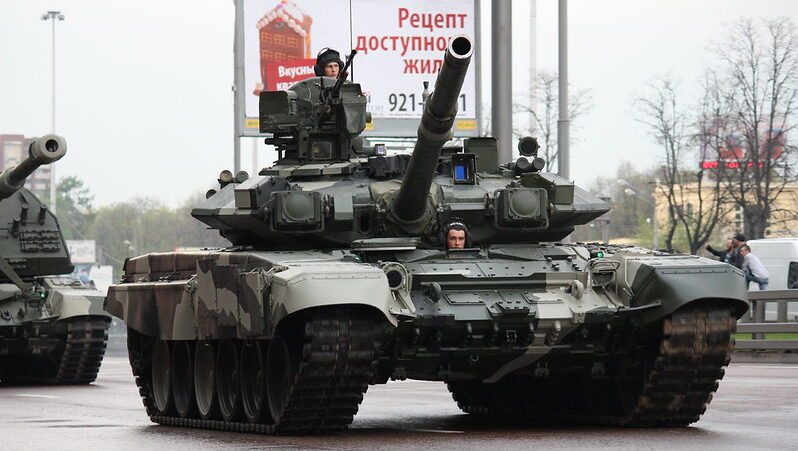 The ripples of Vladimir Putin’s aggression are travelling far beyond the borders of Ukraine. Impacts include high and volatile energy prices, disruption of supply chains, and worrying prospects for the world’s food supply.

Undermining the Russian war machine by eliminating fossil fuel imports is a central focus of governments opposed to the Putin regime. To build security against the Putins of this world on an ongoing basis, they also need to reinforce the legitimacy of the multilateral world order.

This includes restoring confidence and momentum in the UN climate negotiations, a process in which Putin’s Russia has invested nothing but cynicism. Success in the UN climate process, given the growing links between climate impacts and conflict, is essential for global security.

Governments are not doing enough to limit global warming to the Paris Agreement targets. National emission-cutting plans are too shallow, their delivery highly uncertain. Many highlight targets for 2050, 2060 or even 2070, while giving little detail on decarbonising this decade, which the science shows to be essential.

Self-professed climate leaders are not immune: the EU’s nationally determined contribution (NDC), its formal commitment to other governments made through the UN climate convention, pledges to cut emissions by 55% (from 1990 levels) by 2030 – a target which the Climate Action Tracker calculates should be around 62%.

Russia’s invasion has spurred many governments, particularly in Europe, to ramp up their decarbonisation plans for this decade. They are not calling it “decarbonisation” – the headline is “energy security” – but in most cases the effect will be the same. Making energy use more efficient, speeding the build-out of renewables and battery storage, accelerating a transition to electric vehicles, mandating and supporting heat pump installation… all of these ideas are being enacted as responses to Russian aggression, but could have been taken from any recent blueprint for climate change mitigation. True, some governments are also building gas infrastructure; but speeding up the clean energy transition will shorten the working lifetime of any new wells and LNG import terminals.

The European Commission has proposed increasing the bloc’s renewable energy target for 2030 from 40% to 45%. The amount of emissions eliminated will depend on the precise mix of fossil fuels that is replaced, but will certainly be a few percentage points. The Commission also wants to increase the 2030 energy efficiency improvement target too, from 9% to 13% – logically, another few percent. Other measures taken by the EU or its member states offer the promise of cutting emissions; could the 62% figure, or even better, be within reach?.

For governments that profess to care about both climate change and the multilateral world order, the obvious next step is to calculate the impact their new energy security plans will have on emissions, and publish them as formal emission-cutting targets in upgraded NDCs ahead of this year’s UN climate summit in Egypt in November.

This would set down a strong marker of commitment to climate action and international cooperation in one fell swoop. The 2021 UN climate summit in Glasgow ended with governments calling on each other to “revisit and strengthen” their commitments to 2030: this would start the ball rolling. It would throw down a gauntlet to countries politically allied on the Ukraine crisis, whether in NATO like the US and Canada or outside it like fellow G20 members Japan and Australia. It would challenge them to show they have internalised that when rogue fossil fuelled dictators are the problem, cooperative climate action has to be part of the solution.

Meanwhile for the US, contributing its fair share of international climate finance would help the poorest nations decarbonise and build their security, acting as both an economic and diplomatic bulwark against Russia.

Just four days after Putin’s tanks rolled across the border, all governments – including, weirdly, his – approved the Working Group Two summary report from the Intergovernmental Panel on Climate Change. In doing so they agreed that “…any further delay in concerted anticipatory global action… will miss a brief and rapidly closing window of opportunity to secure a liveable and sustainable future for all.”

Getting through the window before it closes not only means nations decarbonising faster, it entails building confidence between nations that there is multilateral commitment to the UN convention, the Paris Agreement and emission cuts based on science and equity. NDC upgrades on the back of anti-Putin clean energy commitments offer the way forward. Do the sums, publish the NDCs; combat climate change, as well as the Kremlin.

Richard Black is senior associate at the Energy and Climate Intelligence Unit (ECIU) and an honorary research fellow at the Grantham Institute at Imperial College London.