Sponsored content: The project incorporates infrastructural upgrades with the formation of community action groups to improve the capital’s flood resilience 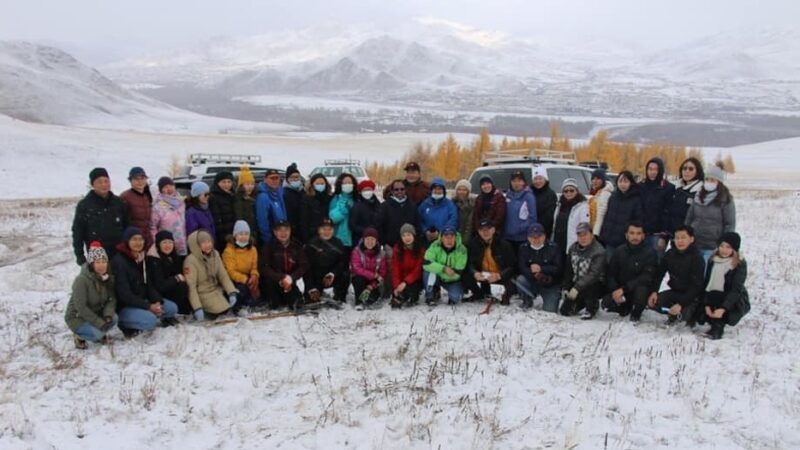 By 2050, around 68% of the world’s population is projected to live in urban areas, while over 1.6 billion people in 970 cities will face regular heatwaves and summer temperatures surpassing 35°C.

While adaptation efforts have historically focused on rural areas, a project in Mongolia, which incorporates a wide range of initiatives and aims to build the resilience of high-risk communities, is directly confronting the burden of urban climate impacts.

The country has seen warming of over 2°C since recordings started in 1940 and now experiences climate related hazards such as extreme rainfall, strong winds, and snowstorms, which are only intensifying.

Most vulnerable to these changes are traditional settlements, known as ger districts, which are often established on low land and mountain slopes, susceptible to run-off and consequently flooding.

“These floods affect homes and other assets, and lead to overflow of latrines, heavily polluting water and soil, which in turn lead to increased incidents of disease often affecting children,” said Enkhtsetseg Shagdarsuren, project manager of UN-Habitat Mongolia.

“Extreme flood incidents are increasingly recorded in these areas, not only destroying homes and assets, but also causing death,” she adds.

Seven ger districts in Ulaanbaatar, Mongolia’s capital, were chosen for the adaptation project, and work by UN-Habitat to improve the adaptive infrastructure of the communities to flooding began in 2019.

Made possible by a USD 4.5 million grant by the Adaptation Fund, the project has a multifaceted and participatory approach to maximise adaptive capacities across district and community levels.

“By focusing on flooding, the project aims to increase the resilience of the ger areas through the construction of physical flood infrastructure and improved sanitation services; improvement of the knowledge on flood hazard and risk exposure and vulnerability for the ger areas; and improvement of the resilience and adaptive capacity of target communities,” Shagdarsuren says.

As well as tangible developments, like improved flood services, the project brings together action and training groups, 10 to 20 households at a time, where community members learn and share in an environment that encourages awareness raising, communication, and a friendly community spirit.

Now, 89 groups, half of which are led by women, have been formed, and are creating and implementing local action plans. Five flood protection and drainage facilities have also been constructed.

Over 27,000 people have so far benefited from increased flood protection and 6,000 have better sanitation infrastructure, while a further 1 million people across the capital are benefiting indirectly.

Tuya, a retired woman who lives in one of the project’s districts, has suffered from seasonal floods since 2015 and decided to support UN-Habitat activities when the team arrived. Usually spending most of her time indoors, Tuya has since engaged with her community and the project has helped her make friends.

“I’m now a leader of my neighbourhood’s primary group,” she says, and “thanks to the drainage channels constructed under the project, our living environment has become dry and comfortable. People are happier and actively engaged with the improvement activities.”

As well as serving as a model to be replicated across the city, the activities showcase the importance of the urban environment in adaptation efforts. 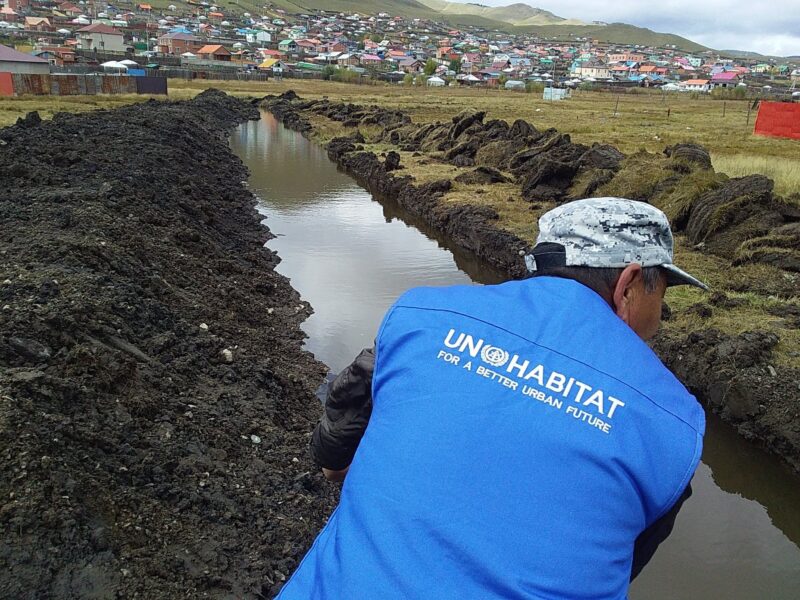 From Lao PDR to Honduras, the Solomon Islands  and Senegal, projects in urban areas and settlements of this nature are being financed by the Adaptation Fund as part of its five-year Medium-Term Strategy to serve the most vulnerable and align with the Paris Agreement and UN Sustainable Development Goals, and the Fund’s niche will continue to be further strengthened in its next five-year plan.

“The Adaptation Fund’s urban initiatives seek to increase vulnerable urban communities’ resilience to climate change and disaster risks and strengthen their capacities to respond effectively. As the urgency of urban adaptation has grown, the Adaptation Fund is working with a wide range of partners and donors to finance and implement projects and programmes in the most vulnerable communities and regions.”