From hydrocarbon to cutting carbon: how a fossil giant transformed

Sponsored content: Over the course of ten years, one of the heaviest emitters in Europe became the world’s largest developer of offshore wind 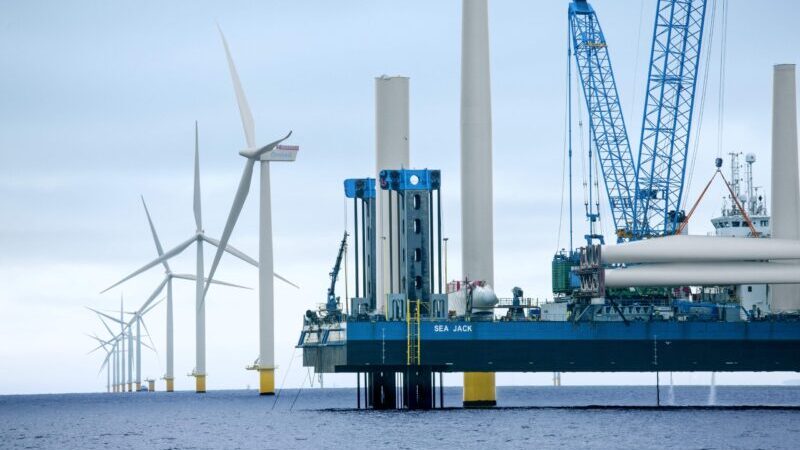 By Zak Derler and Orsted

At the time, the organisation sold heat and power produced almost exclusively by coal and was developing a 1.6-gigawatt coal-fired power plant in Lubmin, Germany – a project that was abandoned as a result of fierce opposition by December of the same year.

Elsewhere in Denmark, and just days before the board’s decision to shut down the Lubmin plant, an international agreement aiming to reduce greenhouse gas emissions was being drafted and debated: the Copenhagen Accord, as a part of the Cop15 climate conference.

While negotiations were seen across the continent and beyond as a flop, as pledges fell far short of what was needed, the prospect of global climate action served as a catalyst for the Danish fossil fuel company.

Filip Engel, a then recently-employed Strategic Advisor at DONG Energy, was among those who could sense something exciting was happening.

“My first task when I joined the company in 2008 was to write an op-ed for the CEO at the time, Anders Eldrup, saying that climate change was a problem and that we had a responsibility to do something,” he tells Climate Home News.

“It seems mundane to say that now, but at the time I think it was quite rare for big fossil fuel companies to make such statements.”

Shortly after the piece, DONG announced it would be pushing forward on a new vision, the 85/15, which stated that the 85% fossil fuel 15% renewable split in its power generation mix would be swapped within a generation and that this would be done through closing coal fired power plants and scaling up offshore wind power.

“When we realised that fossil fuels were not sustainable, we looked into our business and we found that the only area where we initially had a competitive advantage and could potentially build a scalable business was offshore wind,” says Engel, “This was the one area where we already had a technology platform and competencies and skills.”

“Still, it was a big bet and a step into the unknown.”

In 2009 DONG’s renewable energy arm was small, including the world’s first offshore wind farm, built in 1991 in Vindeby, Denmark. While there was some support for the proposed transformation, there was also significant scepticism externally and within the company.

“External stakeholders questioned whether renewables could become cost competitive, but some of the biggest and most challenging conversations were internal,” says Engel. Almost 3,000 world leading employees worked in DONG’s coal-fired thermal power plants so “it was very difficult for them to be told that they had to stop because it wasn’t the right thing to do.”

When it announced this vision, DONG’s leadership wasn’t sure how it would be achieved. They announced the intent to make the transition before they had a plan for how to achieve it and used the publicity to generate pressure on the whole organisation to get behind the transformation.

“What we did was communicate our goals and ambitions externally at the same time as internally, which then helped shape the business strategy,” Engel says. “By committing externally to everyone, you commit yourselves to making it happen.”

The rise of offshore wind

Months after the 85/15 announcement, in March 2009, DONG made an agreement with industrial manufacturer Siemens to buy 500 3.6 megawatt wind turbines, a historic financial commitment from both parties. This was more offshore turbines than was in the existing global fleet and  was considered extremely ambitious. The aim was to start to bring scale to the then-nascent industry of offshore wind.

Then, to bring in more capital, the company divested an ownership stake of Nysted farm to PensionDanmark, which became the first institutional investor in offshore wind.

In the aftermath of the financial crisis,  Denmark, Germany and the UK – who were among the key markets for offshore wind –  were all looking to see cost reductions before continuing to invest through subsidies – especially as the countries were dealing with recession at the time.

To maintain both governmental and societal support, the company set a target to reduce the levelized cost of electricity from offshore wind to EUR 100 per megawatt by 2020, a number described by CEO of Ørsted’s offshore wind arm Martin Neubert as “completely crazy at the time” and “not backed up [to succeed] by any calculations.”

Four years later, and four years ahead of time, DONG had reached that target after expanding out of Europe as well as investing in what will soon be the two largest offshore wind farms in the world, Hornsea 1 and 2.

“Together with our partners in the industry, we drove costs down through scale and innovation,” says Engel. “This meant things like developing larger sites, installing larger turbines, and finding creative ways to reduce costs across components.”

Finally, in 2017, DONG, which had oil and gas in its name, sold its final oil and gas production assets and to reflect its fossil fuels-free future, the company rebranded as Ørsted, after the Danish scientist who discovered electromagnetism, Hans Christian Ørsted.

A world of green energy

While Ørsted has gone from being one of Europe’s most fossil fuel-intensive utilities to one ranked by Corporate Knights as the world’s most sustainable energy company, more is yet to come.

“Our journey does not end here,” Engel says, who is now Senior Vice President for Sustainability, Public Affairs, Branding and Marketing. “Now that we have transitioned, we want to help governments and businesses do the same and achieve their decarbonisation goals. That’s how we will realise our vision of a world that runs entirely on green energy.”

Ørsted is therefore increasing and diversifying its capacity to deliver green energy solutions that support the global green transformation, as well as working with governments to create policy frameworks that enable an accelerated and sustainable build-out of green energy.

“We know that renewable energy will soon reach a scale where it can fundamentally reshape our societies,” says Engel.

“That means we have a massive opportunity to create positive impacts in addition to delivering zero-emissions energy. The green transformation can stimulate new habitats and support ecosystems and provide jobs around the world, assisting with the revitalisation of communities,” he says.  “It’s our job to deliver green energy that works for the planet and its people.”

This post was sponsored by Orsted. See our editorial guidelines for what this means.