Sponsored content: A project in the Volta Basin gives communities 3-10 days to prepare for floods, heatwaves, forest fires and drought 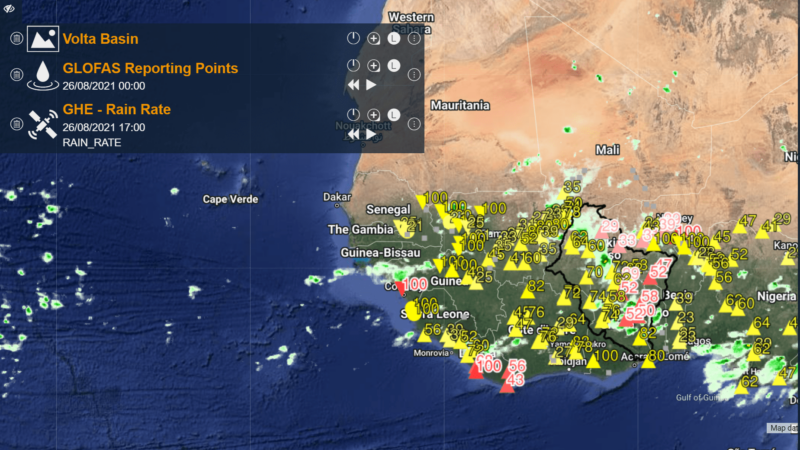 A project funded by the Adaptation Fund and implemented by the World Meteorological Organization (WMO) is improving West African climate adaptation and disaster management by developing region-wide early warning systems.

The majority of its 29 million inhabitants live below the poverty line, with four of the six ranked among the UN’s list of least developed countries, and livelihoods are highly dependent on agriculture, which is vulnerable to regular extreme meteorological and hydrological events.

“These socio-economic baseline issues are exacerbated by a climate that has undergone considerable change in recent decades and is expected to continue changing throughout the 21st century,” said Ramesh Tripathi, manager of the WMO project.

“Based on an initial assessment with the stakeholders, integrated water resources management, risk maps and development of early warning systems were identified as concrete adaptation measures to increase resilience to floods and droughts and ensure socio-economic sustainable development,” he added.

Through a US$7.92 million grant from the Adaptation Fund, the WMO, alongside the Volta Basin Authority and Global Water Partnership West Africa, is seeking to improve existing flood and drought management strategies and plans at the regional, national and local level.

Since 2019, the project has started developing VOLTALARM, an early warning system for floods and droughts in the region that uses global observational and forecasting products like the Global Flood Awareness System (GloFAS) and data from the likes of the National Oceanic and Atmospheric Administration (NOAA) and the Japan Aerospace Exploration Agency (JAXA).

“It is not often possible to prevent climate change events occurring, however preparedness, such as impact-based warning, awareness, and coordination developed through the project, allows for measures to be put in-place to protect communities,” said Tripathi, “this is hugely vital to limiting the effects of disasters in the Volta Basin countries.”

Severe weather, floods, extreme heat, forest fires, and drought, can all be monitored and forecasted with the VOLTALARM system and has the possibility to allow lead times of 3-10 days to set up emergency measures and minimise impacts on livelihoods and economic losses.

The project also aims to support beneficiary countries in strengthening policy and institutional capacity for integrated flood and drought management at the local, national and trans-boundary levels. A wide training curriculum is in place, covering aspects from hazard and risk mapping to water resource management, to provide technical support so that stakeholders are better equipped to respond to the early warning systems in place.

“The community-based activities implemented in Kunkua village, in the Bongo district of Ghana, provided an opportunity for me to learn various aspects of flood and drought management,” said Asakibila Erica, a local resident.

“I am happy to be part of the village committee now and will be involved in capacity development activities and decision-making,” she added. “The local meteorological station data and warnings from the project will also provide daily and weekly bulletins which will help us to take timely decisions on harvesting and drying of millet crops.”

The project has also increased regional collaboration, taking a transboundary approach to climate adaptation such as information dissemination where upstream countries have agreed to notify those downstream of changes to water flow and excess release from dams and streams.

Ultimately, the project uses a people-centred approach to build an end-to-end system which, when finished, will allow governments and citizens to better and more quickly make decisions to adapt to events out of their control.

Among other deliverables, the project will ensure that at least 70% of floods and drought events are foreseen and adequate preparedness measures are taken by the beneficiaries.

“In the last two and half years, the project has successfully carried out assessments to identify current capacities and needs for end-to-end early warning systems for flood forecasting and drought monitoring in the six countries and at the regional level, developed flood and drought risk maps– the next step is to develop the local modelling and forecasting system for these hazards.”