Science Based Targets initiative accused of providing a ‘platform for greenwashing’

Nestlé, Ikea and Unilever are among brands the New Climate Institute found did not live up to the 1.5C-compatible label they’d been awarded 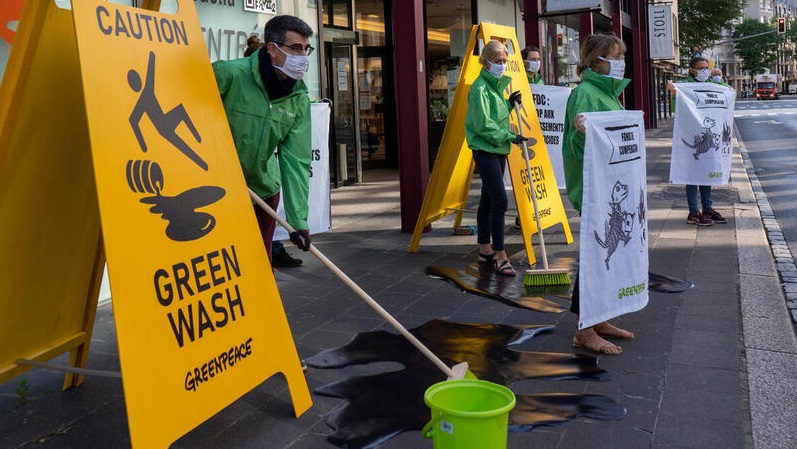 The Science-Based Targets initiative (SBTi) has been slammed as a “platform for greenwashing”, in a critical analysis published today.

The New Climate Institute examined the climate plans of 18 multinational corporations which SBTi had rubber-stamped as compatible with 1.5C or 2C of global warming.

“For at least 11 of those we find that their targets are highly contentious, due to subtle technicalities,” the report’s authors said.

Nestlé, Ikea and Unilever are among the brands with climate plans SBTi judged to meet the strongest 1.5C standard, but which NCI found to have “very low integrity”.

In response, SBTi’s managing director Alberto Carrilo Pineda said he “welcomes stronger scrutiny” and that many of the issues identified in the report had been solved by changes to its methodology in October 2021.

Of the 25 companies the New Climate Institute analysed, Pineda said only one had been validated against its new “net zero standard”.

SBTi is the most prominent standard-setter for corporate climate targets globally, having endorsed more than a thousand as in line with international climate goals.

But NCI said it had a conflict of interest, as it is funded by the same companies whose plans it validates, charging them up to $14,500.  It also questioned whether SBTi had sufficient resources to find hidden flaws in corporate plans.

“Standard-setting initiatives should focus on the development of guidelines and standards, rather than pursuing the mass evaluation of individual companies with insufficient resources and conflicting incentives,” the report said. “This can otherwise lead to a platform for greenwashing; multiple examples are included in this report.”

An SBTi spokesperson told Climate Home that companies’ climate targets are analysed by two trained analysts and approved by the entire target validation team. Evaluating targets can take anywhere from ten to 35+ hours for SBTi.

Report author Thomas Day said he had been “quite astonished at how much time it took to understand the integrity of company’s claims; these kinds of initiatives need to be sufficiently resourced to do detailed critical analysis, to ensure that unambitious companies do not slip through the net”.

We now have 1143 validated #ScienceBasedTargets, and 2425 organizations committed to taking urgent #ClimateAction. 🎯

Find out more about how to do your part for our planet: https://t.co/OZrLdDmqLQ#SBTi

This is not the first time SBTi’s assessments have been criticised. In February 2021, one of its co-founders Bill Baue told Climate Home News: ““Science-Based Targets is not a science-based approach… I believe in this instance that SBTi… are putting their own interest above the interests of the public.”

SBTi does not publish its evaluation of a company’s climate targets in full. It just releases a ranking of their “near term”, “long term” and “net-zero” ambitions.

These are ranked on a scale of 1.5C to 2C or “committed”, which means the company has promised to set a target within two years.

SBTi give Swiss food and drink firm Nestlé’s near-term target top score, compatible with 1.5C of global warming. But the report’s authors gave it their worst rating, “very low” for transparency and integrity.

While at the parent company level, Nestlé claims it does not use carbon offsets to meet its emissions reduction targets, its brands like KitKat chocolate bars and Nescafe coffee say they will use offsets.

Like many brands, KitKat’s offsets include planting trees. The carbon benefits of these projects are often overstated because to suck in all the carbon the planters say they will, the trees have to be kept alive for a long time.

Benjamin Ware, Nestlé’s head of climate delivery and sustainable sourcing, replied that offsetting “is not our core, neither for the parent company nor for the brands”.

Like Nestlé, Ikea is given the top 1.5C ranking by SBTi but the carbon offsets it uses were also criticised. The Swedish furniture firm claims it is generating carbon offsets by selling solar modules to customers and that this can be used to offset the firm’s emissions.

“In reality,” the report said, “this transaction cannot lead to an additional avoided emission impact if the customer is purchasing these products rather than being supported to take a measure that they would not otherwise have taken. The company is simply serving the demand of an existing market.”

An Ikea spokesperson said they welcomed dialogue and scrutiny and the report was a “constructive addition to this”. The company will update its climate goals to align with SBTi’s new methodology in this financial year, they said.

Another trick allegedly missed by SBTi is when corporations manipulate the baseline for emissions cuts.

The use of this anomalously high-emitting baseline year makes its target, a 47% reduction by 2030, easy to reach.

In response, Pinera said that, when SBTi validates targets, it uses the year which the company submitted its plans to SBTi as the base year.

It allows for “flexibility” in the selection of the base year that companies use publicly, he said, as “there are many legitimate reasons for a company’s base year having higher emissions than surrounding years”.

For example, one year could have “unusual activity” because of the Covid-19 pandemic, mergers and acquisitions and business expansion, Pinera added.

Other firms rated as 1.5C-compatible by SBTi but as “very low integrity” by the New Climate Institute report include Accenture, BMW Group, Novartis and Unilever.

Pinera said SBTi’s technical experts will look carefully at the report and consider potential actions to take and publish a full response.