Sponsored content: Changes in how we light our lives can help accelerate the move to more energy efficient built environments 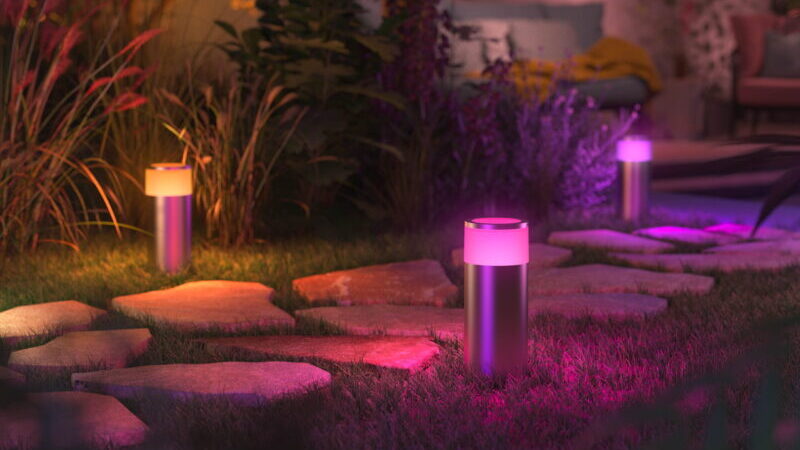 In 2022 we must focus our attention on light.

Glasgow’s Cop26 was awash with promises and commitments by governments and businesses alike to reduce emissions, scale up sustainability efforts, and ultimately achieve net zero. But to really gain momentum, we need to exchange talk with action.

The issue, however, is that to achieve what we want while maintaining or increasing our quality of life in the built environment, we must implement energy efficiency technologies like retrofitting buildings, and these upgrades often take time – time we do not have. That’s where light comes in.

Upgrading office fluorescent lights to LEDs, swapping out smart poles for standard streetlights, or installing solar panels on residential properties, are solutions that are much faster, and less invasive, modifications to the built environment as opposed to changes in heat, air conditioning, ventilation, or water systems.

That isn’t to say we shouldn’t adopt these energy renovation techniques. We should – we need them all to get the ball rolling – but we can use light to increase energy efficiency now, because the benefits are vast.

Some LEDs, for example, last 15 times longer and use up to 80% less energy than their conventional counterparts, saving materials down the line and cash for consumers, as well as reducing the electricity demand.

“Encouraging energy-efficient retrofits in the built environment and better planning new infrastructure development, with a focus on technologies that can expedite reduction of carbon emissions can offer definite results,” said Stephen Rouatt, CEO of Signify in UK and Ireland.

“LEDs are one of the quickest renovations that dramatically cuts carbon – it does not require large capital investments and has a short payback time,” he added.

According to Signify, lighting makes up around 13% of the global electricity demand. If businesses and cities all switched to LEDs, there would be global annual savings of around $200 million, equivalent to the electricity consumption of 500 million households.

But it’s not just about changing bulbs. In some respect, lighting is really at the forefront of efficiency, a word that International Energy Agency executive director Fatih Birol, has described as a “jobs machine” that should be “at the heart of the global energy agenda”.

Efficiency is more than energy efficiency. With lights, we can live smarter, happier and healthier, all while having less impact on the planet.

In offices, artificial skylights are able to mimic the rhythm of daylight and simulate nature and have proved to significantly impact how employees feel and how effective they are.

And in supermarkets, upper air luminaries are being used as a disinfectant in the fight against Covid-19 through ultraviolet-c radiation which has shown to be effective at breaking down the novel virus.

As we approach Cop27 in Sharm El-Sheikh, Egypt, the first conference to be held in Africa since 2016, it’s also time we start considering solar and the opportunities the technology brings for the continent.

Africa is home to a number of countries that are acutely vulnerable to the impacts of climate change while contributing so little to the problem. An estimated 600 million people don’t have access to electricity and infrastructure still needs to be vastly developed – leapfrogging to solar, as well as LEDs, makes sense.

“We need to double the speed of action in all areas, and more then ever we need results in the short term, to bend the carbon emissions curve and to build the confidence on our ability to limit global warming to 1.5C,” said Harry Verhaar, Signify’s Head of Global Public & Government Affairs.

“These are good reasons to start with lighting, which has the additional benefit of its results being visible as more comfortable homes, safer and more attractive city environments and more pleasant workplaces. Let’s act, as today’s delays would otherwise become tomorrow’s sorrows.”