After Cop26, countries must turn climate promises into action on global shipping

Comment: A meeting of the IMO this week is the first test of translating promises made in Glasgow into bold action. The world must turn its gaze to shipping 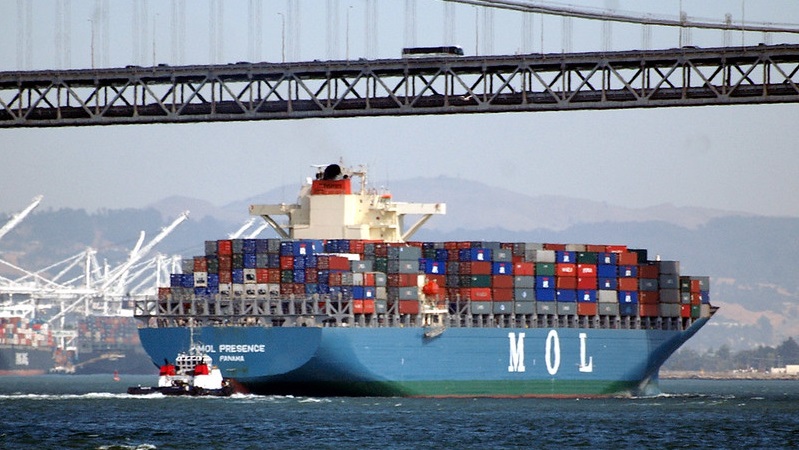 Last week all eyes were on Cop26, the global climate conference in Glasgow, and rightly so.

World leaders, youth, entrepreneurs, and citizens gathered and debated how we will save ourselves from the climate crisis we have caused.

As the leader of a country whose very existence depends on the outcome, I was heartened to see so many people take to the streets to demand action.

Now I ask everyone to look beyond the Cop and push for climate ambition and equity in international shipping.

Cop26 concluded with lots of commitments and promises from both the public and private sectors.

Although this is still not enough, it is more than we have seen before, and hopefully marks the start of a new momentum that will lead us to a zero-carbon future by 2050.

For the billions of people across the globe in harm’s way, there is simply no other choice.

If words are not translated into action, we have accomplished nothing. Because solving climate change is not about attending a conference.

It is about making transformational change to the way the world works, ending our reliance on fossil fuels and ensuring that – for the first time in human history – we are not building systems that exploit the most vulnerable among us, but instead increase equity.

The first test comes up this week, at a meeting of the UN’s shipping agency called the International Maritime Organisation (IMO).

From the historic banks of the River Thames in London, 175 IMO member states regulate international shipping.

A sector that delivers 80% of all goods across the globe – yet produces an estimated 2% of global greenhouse gas emissions every year.

Comment: The street and the boardroom are closer than they have ever been on climate

For decades the IMO has quietly gone about its business, a club of nations and shipping companies shaking hands well outside the public eye.

This is a far cry from what is needed to address the “code red” warning we have been given on climate change, and well out of step with current calls for a zero-emission world by 2050.

One group of countries trying to change this at Cop26 has been the Climate Vulnerable Forum.

It includes over 50 vulnerable countries that are on the frontline of climate impacts as well as major maritime nations like my own, with key roles to play at the IMO.

In the Dhaka-Glasgow Declaration adopted at Cop26, we called on the IMO to set targets that will clearly align the sector with the goal of keeping temperature increases to 1.5C or below, and to implement policy that simultaneously drives technology change and improves equity.

With Cop26 over, and the underwhelming progress made to raise climate finance and commit targeted actions on loss and damage and adaptation, this call has never been more timely.

The IMO has in the past taken bold actions, such as on safety and oil spill prevention.

With shipping the cornerstone of new energy use and supply, as well as of trade and development, the agency is uniquely positioned to show leadership again and drive the action needed to deliver on climate ambition, innovation, and equity.

The world must turn its gaze to the IMO this November. There, countries – the same countries that have just left Glasgow with grand statements of commitment and ambition – will be deciding whether to translate their climate pledges into concrete action at the IMO.

They have in their power to choose a new path for international shipping, with strong investment in green technologies, clean fuels and ports, and economic opportunities that support a just and equitable transition to a zero-emissions future.

Or they can continue with uncertainty, weak investments and a trajectory that will see emissions from shipping rise by up to 30% by 2050, making the goals of the Paris Agreement all but unattainable.

If the IMO takes bold and ambitious action, I believe there is hope for the larger commitments laid out in Glasgow. If not, it will be another nail in the coffin of nations like the Marshall Islands, and the millions of people whose homes and livelihoods will be destroyed by uncontrolled climate change.

I call on fellow leaders, heads of states, CEOs, and civil society, from around the world to help ensure that actions taken at the IMO and across the international community measure up to the rhetoric we have heard. It is up to us to shine the light on these discussions and ensure there is action.

David Kabua is the president of the Marshall Islands.