Comment: The Rockefeller Foundation, IKEA Foundation and the Bezos Earth Fund are launching an alliance to empower a billion people with renewable energy 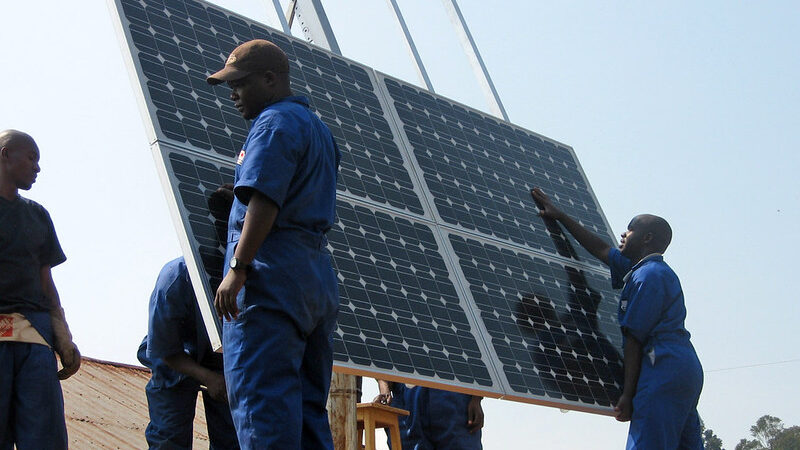 Since 2000, more than a billion people gained access to electricity. The door of economic opportunity has been opened up for billions more through improved access to power.

But the overwhelming majority of this electricity came from fossil fuels — mostly coal — adding billions of tons of heat-trapping emissions to the atmosphere.

That’s why The Rockefeller Foundation, IKEA Foundation and the Bezos Earth Fund, working with nearly two dozen partners and agencies, came together at Cop26 to launch the Global Energy Alliance for People and Planet (GEAPP). Our mission is to consign this impasse to history by empowering a billion people with renewable energy, avoiding at least 4 billion tons of emissions over the next decade.

More broadly, we believe that energy transition should no longer be seen as a costly imposition on development. Rather transition can be an engine of economic progress and job creation.

We want to ensure that the transformative potential of clean and distributed power benefit everyone. To this end we will work deeply with countries that have chosen a clean development pathway to support the implementation of their vision.

We estimate in a GEAPP report launched today that 3.6 billion people live in energy poverty across 81 countries today. These are the world’s low power consumers, where access to reliable electricity is a serious impediment to human opportunity. But they will be the high consumers of tomorrow.

Given this group’s negligible historic contribution to climate change, their pledges of action are conditional on receiving international support in the form of concessional finance, technology transfer and capacity building. But the support requested far exceeds the promises—let alone delivery — from rich countries, and fossil fuel use continues to rapidly grow.

If the world decarbonizes without them, our Energy Poor Left Behind transition scenario illustrates that this group’s share of global emissions could grow from a quarter today to more than three quarters by 2050.

Without reimagining what’s possible — even assuming rapid decarbonization from all middle and high-income countries — the 1.5C pathway and even the 2C pathway will fast drift beyond reach. To avoid this outcome, energy transition in these countries must become a far higher priority.

It is clear that the economic fundamentals of power systems are being transformed, but equally clear that too many people are being left behind. Energy poor countries — home to nearly half of the world’s population — only received 13% of clean power investment last year.

By seeking to end energy poverty and addressing climate action together we estimate that 38 billion tons of CO2 savings can be delivered in the power sector alone. This includes promoting the widespread uptake of clean and distributed power technologies, funding clean alternatives to new coal plants, and replacing a sub-set of loss-making coal plants with renewables.

The availability of clean power from these actions would in turn open the door to the wider decarbonization of the buildings, transport and industrial sector in the decades ahead.

Making this transition a reality requires targeted actions to overcome a series of intractable barriers, which are explored in detail in the report. But the potential benefits for people and planet are enormous.

Dedicated effort, attention, political and financial focus, new resources, access to expertise and a spirit of trust and collaboration between countries are all needed to achieve success. We hope that the GEAPP can make an important contribution to these efforts.