How a Glasgow PACT can advance the climate agenda at Cop26 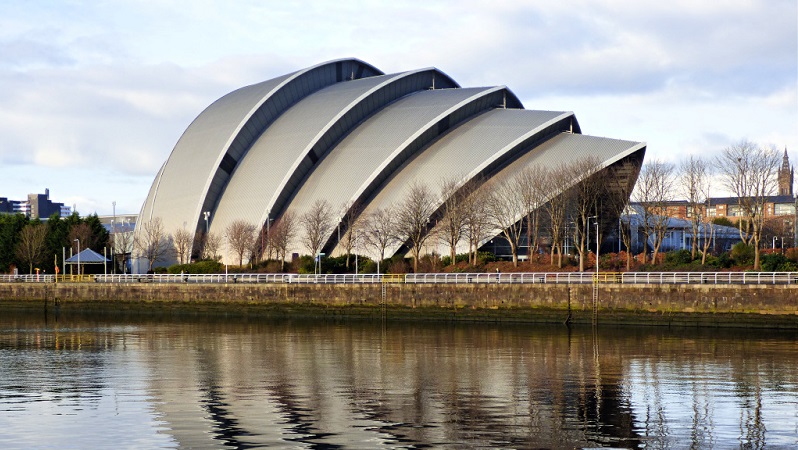 Glasgow's "Armadillo" building will be part of the Cop venue in November (Photo: Thomas Nugent/Geograph)

With less than three months remaining until it opens, you might think we would have a definitive answer by now. Yet according to some recent reports, we don’t. Which, if true, would be worrying, given the summit’s seminal importance.

There is no shortage of ideas. It is the ‘climate justice Cop’ to some interested groups, the ‘health Cop’ to others, the ‘net zero Cop’ to yet others. Many nations, blocs, think-tanks, academics, business groups and civil society organisations have proffered visions and lists of priorities. But still there is a vacancy for a simply expressed aim.

When I look at the various ideas on what Cop26 needs to deliver, what I see is not a vastly disparate multiplicity of visions, but a broad coherence. For sure, there are all the differences of tone and emphasis that one would expect when every nation and every community has a stake; but there are far more points of convergence than divergence.

Just one example: the Five-Point Plan recently published by the 100+ nations most vulnerable to climate impacts is strong on Loss and Damage, not so strong on ‘unleashing the trillions in finance needed to secure global net zero’ – a priority for the UK Cop Presidency. But so long as that realignment of finance extends to world’s smallest and poorest countries, it is certainly congruent with demands from the V20 group, Alliance of Small Island States and others for debt and credit reform that would ‘unleash’ affordable capital for decarbonisation.

What seems to be missing, then, is not agreement on the ingredients of a good Glasgow deal, but on a way of encapsulating them.

In two years of talking about the Cop, the best encapsulation I have seen is the three-part ‘Glasgow PACT’. Let me unpack the PACT.

To keep global warming below the Paris Agreement target of 1.5C, governments need to show more carbon-cutting ambition than they collectively are. For a 50% chance of staying below 1.5C we need to halve global carbon dioxide emissions by 2030 and bring them to net zero by 2050 while sharply reducing emissions of other greenhouse gases. Despite pledges made at the recent G7 summit, governments have demonstrably not put the world on track. The A in PACT, then, is for ‘Ambition’.

To become reality, ambition needs backing up with real-economy action. For 1.5C, much faster action is needed in all sectors: a five-fold acceleration in phasing out coal, a six-fold ramp-up for the renewables roll-out, a tripling of the building renovation rate, etc. Although the formal negotiations cannot kick-start all of this, agreements made at Cop26 between governments and business sectors could. It needs to be Clean, it needs to be a genuine Transformation.

None of this, however, deals with the pressing concerns of the poorest and most vulnerable nations. Delivering the $100bn per year in funding first promised in 2009, allocating at least half to adaptation, starting a process to ramp this up by 2025, turning the idea of a Global Goal on Adaptation into reality, delivering meaningful support on Loss and Damage… if you think you have heard these demands before, that’s because you have, at Cop after Cop. Enough with the words; to quote Loren Legarda, deputy speaker of the Philippines Parliament and long-time climate adaptation champion, ‘We need a real climate emergency PACT agreed at Cop26’. So, P is for Promises – delivered, not made anew. No delivery, no deal.

Promises, Ambition, Clean Transformation. It’s the best simple encapsulation of the essentials that I have seen. As Laurence Tubiana, architect of the Paris Agreement, recently observed: ‘Cop26 can be a multilateral success if by November we deliver on Paris promises, [increase] Ambition to close all gaps to 1.5C, and Clean Transformation is drastically accelerated (PACT)’.

The three elements are mutually reinforcing. The A and CT are two sides of the same emission-cutting coin; delivering on the finance P will help unlock a CT in the developing world, while successful A and CT will minimise the eventual need for both adaptation and loss and damage support that make up such an essential part of P.

The word ‘PACT’ also appeals because in the most fundamental sense, what would nations be concluding in Glasgow but a pact of the most profound import – agreeing that this time, with floods and heatwaves and other climate change-enhanced weather at the gate and their citizens increasingly concerned, they are going to do what the science shows to be necessary?

So: Act on the PACT – with all the detail those letters imply.

Isn’t that what the Glasgow Cop is for?