The driest conditions in 53 years have brought chronic mismanagement of water resources to crisis point, with at least eight people killed in protests against the regime 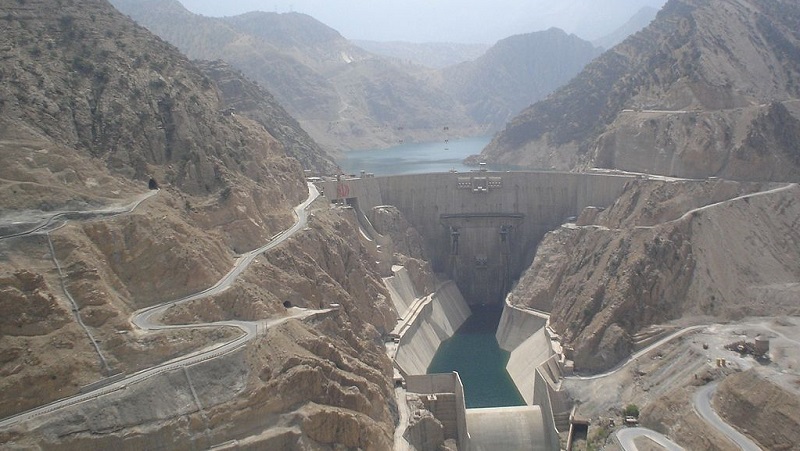 Drought and mismanagement of water resources are fuelling anger at Iran’s government, sparking protests in which at least eight people have been killed.

Iran’s water resources have been depleted by a lack of rain, the building of hydro-electric dams and farming of water-intensive products like rice, wheat and sugar cane. Farmers hit by water shortages are fleeing their villages to live in precarious settlements on the outskirts of cities.

Protests against these water shortages began two weeks ago in the south-western province of Khuzestan, inflamed by a heatwave with temperatures of up to 50C. Unrest has spread to other cities including the capital Tehran.

“Some villagers just do not have water to drink. They have to go and get water from small puddles on the ground. Its not right for animals to drink water like this,” Ali Nazemi, an Iranian hydrologist, told Climate Home News. “In big cities, they’re consuming bottled water for a number of years because the water that comes from the pipes is coloured and smelly.”

Experts say a lack of capacity and coordination between government agencies has allowed the problem to get worse and a comprehensive overhaul of regulations in multiple sectors is needed.

“Climate change is a player here,” said Nazemi, who researches at Concordia University in Montreal, Canada, “but environmental problems in general and water problems in Iran in particular are multi-faceted issues.”

According to Iran’s meterological agency, the country’s average temperature has increased by 2C since the 1960s, rainfall has decreased 20% in the last 20 years and October 2020 to June 2021 was the driest period in 53 years.

A recent Nature study found that this trend is set to continue. Compared to 1980-2004, 2025-2049 is going to have more frequent and severe heatwaves, droughts and floods.

Over 90% of Iran’s water is used for agriculture. Due to international sanctions, the government wants the country to be self-sufficient and has encouraged farmers to grow water-intensive crops like wheat, rice and sugar cane.

“Iranian officials have acknowledged that outdated agricultural and irrigation systems, as well as poor water management policies in the past three decades, have contributed to nationwide water shortages,” Banafsheh Keynoush, an expert in the region’s geopolitics, told Climate Home News.

Rice paddies like this one in Isfahan use a lot of water. (Ninara/Flickr)

Water shortages have been made worse by the building of hydro-electric dams like those on Khuzestan’s Karun river, the biggest in Iran. The water collects in reservoirs and evaporates due to the intense and worsening heat.

The authorities have released water from these dams to ease the scarcity in response to the protests, Keynoush said, and 33 new water and sewage projects are under construction in the province. But some water resources are left untapped or sent to other parts of Iran.

“There is no comprehensive nationwide water management plan, or inter-agency coordination, although there is a lot of talk about the need to have them,” she added.

One ecosystem under particular strain is the Hur al-Azim wetland, on the border of Iran and Iraq. Since the 1980s the marshes have been dried out by the effects of upstream dams and opened to oil exploration. While researchers studying satellite images found some revival since 2000, the wetland covers just over half its former area.

Nikahang Kowsar is an Iranian geologist who has worked in Khuzestan. He told Climate Home News that herders, mainly from the Iranian Arab community, were struggling to keep their buffalo alive.

In other areas of Iran, Kowsar said that farmers do not have enough water to grow their crops and that the over-use of aquifers has led to subsidence and sinkholes.

“If you don’t have water, you have to leave and in the last few decades, millions of villagers have left their homes behind and migrated to slums and shanty towns,” he said.

A similar process in the north of Syria led many farmers to move to cities in the 2000s. Lukas Ruettinger, senior adviser at Adelphi, told Climate Home News this had played a part in the protests which led to the ongoing civil war.

Ruettinger said that the Iranian protests were  “one example of how climate change and weather extremes can increase the pressure on a dysfunctional government which is then not able to manage the pressure peacefully”.

Disagreement over how increasingly scarce water should be used can be managed peacefully though, he said. Although California’s water supply is drying up and there is resentment towards big agriculture, this tension has not spilled over into violence.