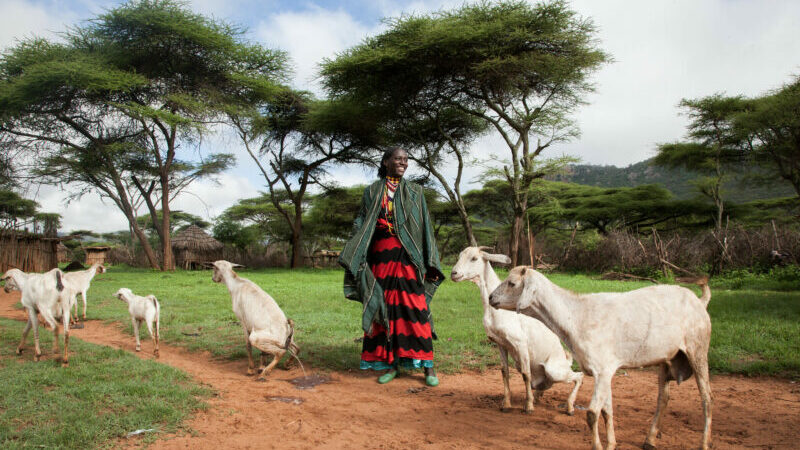 A pastoralist leads her goat for grazing (Photo: ILRI/Flickr)

By Polly Ericksen and Mairi Dupar

Pastoralists are the several hundreds of millions of livestock keepers around the world who tend animals such as sheep, goats, cattle and camels for meat and milk for their families, and for sale, in rangelands. Key to their production system is moving their animals across the landscape, to find water and forage (grass or shrubs).

In parts of rural Africa where rangelands dominate, pastoralism is the main source of livelihoods –  there are an estimated 268 million pastoralists across 36 countries, from the Sahel to eastern Africa and the Horn of Africa and across the southern parts of the continent. Pastoral livestock production is uniquely adapted to the variety of wild species and the ebb and flow of the seasons found in many of these rangelands.

Pastoralists in Africa’s drylands – the frontlines of climate change

There is a large overlap between the rangelands where pastoralists herd their animals and the arid or semi-arid areas known as ‘drylands’.

These environments are also highly sensitive to the effects of climate change, given that they are already characterised by frequent dry spells that can turn into prolonged drought.

In Africa’s drylands, every degree of global warming is creating more strain on precious water resources – according to the Intergovernmental Panel on Climate Change.

Rising land temperatures (along with competition for land use) are driving more desertification, too, meaning land degradation in drylands. Desertification erodes ecosystems’ health and productivity, and ultimately reduces food security for people. 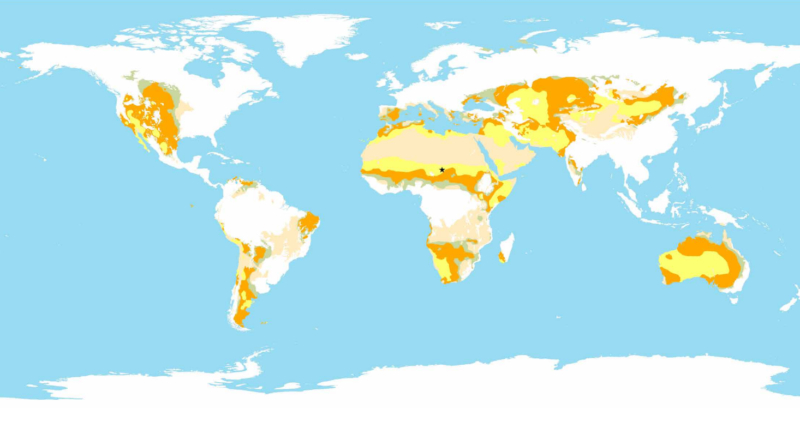 Where pastoralists have relied on grassy, arid savannahs for herding animals in the past, these rangelands are now under intense pressure – including the arid and semi-arid band of rangelands stretching from Senegal to Djibouti (see map above, ILRI, 2021).

“Wherever rangelands are found, our unsustainable consumption and production patterns are driving land use changes, including the conversion of grasslands and savannahs previously used by wildlife and for grazing livestock by pastoralists,” says Ibrahim Thiaw, Executive Secretary of the UN Convention to Combat Desertification.

Combine these direct human pressures with the effects of climate change: soaring temperatures and erratic rainfall, and it creates a perfect storm for the millions of people living there.

The pastoralist way of life offers a real route to climate change adaptation and resilience for the communities that practice it: livestock are an asset that helps families manage the shocks and stresses of extreme weather and climate.

New research projects are looking at how support to these communities can put sustainable livelihoods on a surer footing. Scientists at ILRI, the International Livestock Research Institute, say that measures such as improving animal health and integrating livestock markets will sustain the production of animal products (like meat, hides and milk) and incomes.

Restoring rangeland environments will be critical too. “The environmental benefits of sustainable pastoralism include preserving soil fertility and carbon, as well as biodiversity conservation,” says Mark Redwood, Director of Supporting Agriculture and Pastoralism in Recurrent and Protracted Crises (SPARC), a newly launched action research programme supported by the UK government.

Research continues on how much carbon Africa’s rangelands can lock up – in addition to the vast amount already contained in their soils.

A recently-launched Rangelands Atlas by ILRI, WWF, IUCN and other agencies maps in detail the rangelands where soil organic carbon is falling because of land degradation – and where carbon levels are improving, thanks to restoration efforts.

Communities are increasingly using soil and water conservation techniques (including reviving the use of traditional knowledge) and indigenous seed banks. These efforts are injecting life back into rangeland soils and ecosystems.

Meanwhile, the embrace of innovative technologies and  governance reforms are helping communities manage their own land even more sensitively and people are adapting.

An agenda for international partnership

The countries across the Sahel and east and Horn of Africa contribute a miniscule proportion of the world’s greenhouse gas emissions, which drive global warming.

Yet, their rural communities, many dependent on pastoralism, are among the world’s most vulnerable to climate shocks and stresses.

Governments, development agencies and partners can work with local people to support their stewardship of these vast carbon-rich, species-rich ecosystems. This will not only help local people adapt to climate change. It will also yield rewards for the global climate.

Supporting Pastoralism and Agriculture in Recurrent and Protracted Crises (SPARC) is a research programme which aims to generate evidence and address knowledge gaps to build the resilience of millions of pastoralists, agro-pastoralists and farmers in communities of Africa and the Middle East.

Mairi Dupar is the Gender and Social Inclusion Lead and Managing Editor for the Climate and Development Knowledge Network (CDKN) and advises on communication and stakeholder engagement for SPARC in Africa and the Middle East.

This post was sponsored by Supporting Pastoralism and Agriculture in Recurrent and Protracted Crises (SPARC). See our editorial guidelines for what this means.