Comment: As environment ministers for Costa Rica and Grenada, we call on the G20 to give our countries a fair shot at a resilient Covid recovery 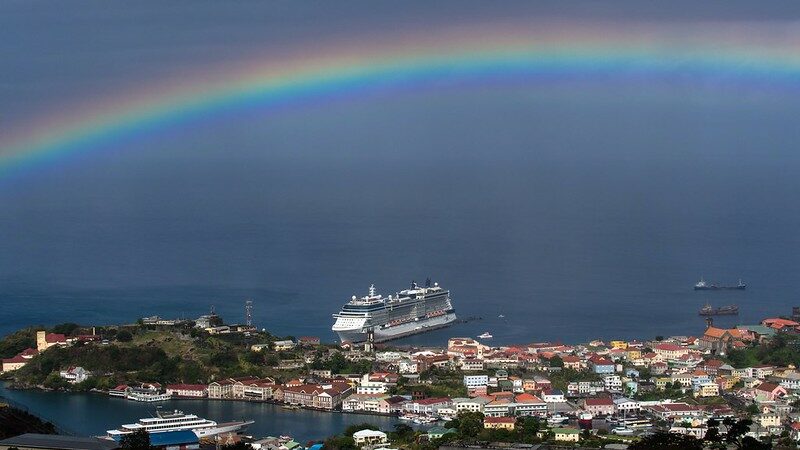 Trust and solidarity are the fuel of successful diplomacy. As ministers respectively responsible for the environment in Costa Rica and Grenada, we urge the G20 finance ministers meeting in Venice this week to develop a roadmap for significantly scaling up climate finance, and give our countries a fair shot at a resilient future.

Not only is this plan vital for reducing greenhouse gas emissions and protecting the lives of millions of people living on the frontlines of the climate crisis, but it is also key to paving the way for a successful outcome for all at Cop26 in Glasgow later this year.

Ambitious elements of the Paris Agreement – the 1.5C temperature objective and the net zero global emissions pathway by the second half of the century– would have been impossible without solidarity and a recognition that climate ambition benefits us all.

The High Ambition Coalition (HAC), of which we are both members, came together quietly, without fanfare, in the months ahead of Cop21 in Paris. Confidence was built between ministers from developing and developed countries over the course of countless meetings, nurtured by former Marshallese foreign minister Tony de Brum. When a push for ambition was needed, the groundwork of trust had been established. Without that spirit of solidarity, the push for a 1.5C limit would not enjoy the near global support it has gained to date.

That spirit of solidarity and partnership is needed again, exemplified by action to avoid a gap between finance promised, and finance actually mobilized. This means working together to meet and exceed the $100 billion annual climate finance goal from 2020 to 2025. Countries that have delivered on their commitments shouldn’t consider their job done, but continue to hold the feet to the fire of those that haven’t, and encourage all those in a position to do so to deliver on their commitments. Efforts to mobilize finance from public and private sources must be redoubled.

In particular, more adaptation financing is urgently needed. The impacts of climate change are being felt everywhere, but the poorest and most vulnerable populations of the world are being hit the hardest, and have the fewest resources to cope. They are responding; most are working on national plans to adapt to climate change and build their resilience against its effects, but there is an urgent need to do more. The latest report from OECD on climate finance mobilized for climate action in developing countries between 2013 and 2019 indicates that less than 30% went towards adaptation. This is far from the 50% that the UN secretary general and others have called for, and this imbalance must be urgently addressed.

At the same time, innovative forms of financing for adaptation must be pursued. One important source of adaptation finance could be generated from a dedicated share of proceeds from international emissions trading under the Paris Agreement. However, this can only take place if the environmental integrity of that system ensures a strong demand for its units. For this reason both of our governments, as well as many other HAC members, are committed to the San Jose Principles for High Ambition and Integrity in International Carbon Markets. We call on other countries to join this initiative.

The developing world is also facing the climate crisis with one hand behind its back, tied by a debt burden that Covid-19 has exacerbated. In 2020, five countries defaulted on their sovereign debt. The UN Development Program has identified 72 countries as vulnerable, and 19 of them severely so. This is not just an economic issue, but a climate one as well: a high burden of debt is a precarious foundation on which to build a resilient and decarbonized economy.

Ultimately, the global financial system needs a green boost. All parties agreed in the Paris Agreement: “to make financial flows consistent with a pathway towards low greenhouse gas emissions and climate-resilient development.” A crucial part of this is aligning the spending of multilateral development banks with the Paris Agreement. It also means that we must incentivize the private sector to increase investments in green solutions, phase out fossil fuel subsidies, and explore public-private partnerships that can contribute to a green economy. Providing financial markets with clear political direction and comprehensive, high-quality information on the impacts of climate change is crucial.

G20 finance leaders are meeting this week, and again in October, before Cop26 in November. Now is the time to set out a plan of action for climate finance, and demonstrate the solidarity that will be critical to success in Glasgow – and to build a post-pandemic economy that is more equitable and resilient for all.

Andrea Meza Murillo is the energy and environment minister of Costa Rica. Simon Stiell is the minister for climate resilience of Grenada.