Sponsored content: Lighting company Signify has drawn on findings from a recent IEA report in a call to action for a comprehensive switch to LEDs by 2030 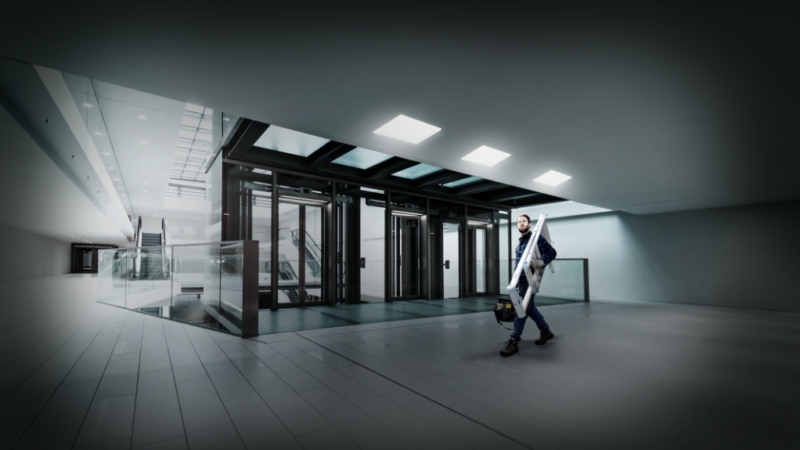 An installer prepares to fit an LED tube as part of a building retrofit (Photo: Signify)

The company, formerly Philips Lighting, says that the environmental and economic benefits of making the switch to smart LED lighting is a “no-brainer” for EU member states. The company is advocating measures to be taken for a massive switch to energy efficient LED lighting and that key to this transition is more than doubling the annual pace of building renovation to 3% per year.

The company is calling for both commercial and residential properties to be renovated by the retrofitting of older consumptive systems to more efficient LED installations by 2030.

“We have spent way too long making the transition to these technologies and while we have seen positive developments, faster change is needed,” said Harry Verhaar, Signify’s Head of Global Public & Government Affairs, adding that “making the switch now is one of the easiest and most cost-efficient ways to help the EU to deliver on its commitment to reduce emissions by 55% by 2030 and achieve net-zero by 2050.”

The renewed call to action comes after a landmark 224-page report by the International Energy Agency (IEA), titled ‘Net-zero by 2050: A Roadmap for the Global Energy Sector,’ which seeks to explain what is needed to decouple carbon emissions from the global economy.

In the report’s foreword, Fatih Birol, IEA’s Executive Director, describes the proposed necessary action as “a total transformation of the energy systems that underpin our economies.” The following chapters go on to comprehensively cover all aspects of energy and climate policy, from phasing out fossil fuels to decarbonising economies.

The landmark report considers the future of lighting within its net zero emissions scenario, recommending that sales of LED bulbs “should reach 100% by 2025 in all regions” of the world and that minimum energy performance standards should be complemented by the smart control of appliances.

For Signify, this is a welcome proposition, as the company has, for some time, been an advocate of smart connected lighting that enhances the efficiency of individual luminaries above and beyond them simply switching to non-connected LED technology.

Interact Industry, a software Signify designed to increase lighting control and connectivity in large-scale facilities, is one way this may be realised. Recently, the system was installed in a warehouse used by Pilkington Automotive in Germany and since then the company has seen a variety of benefits.

“Compared to sites where conventional lighting is used, the new system achieves up to 50% energy savings by adapting the lighting to demand, and using daylight harvesting and presence sensors,” said Marcel Devereaux, Energy Projects Manager at parent company NSG.

“This is on top of the significant savings already achieved by changing to LED lighting. Also, the carbon footprint at Pilkington Automotive can be reduced by 290 tonnes of CO2 each year,” he added.

According to findings from Signify, upgrading professional lighting across the EU, which includes the lighting in offices, industrial complexes, roads and parks, shops and hotels, would reduce CO2 emissions by 42 million tonnes.  An additional 8.9 million tonnes CO2 reduction could be realised from converting homes to LED. Such a massive reduction across the EU is equivalent to the amount of CO2 that 2.3 billion trees – a forest larger than the United Kingdom – would sequester in a year. 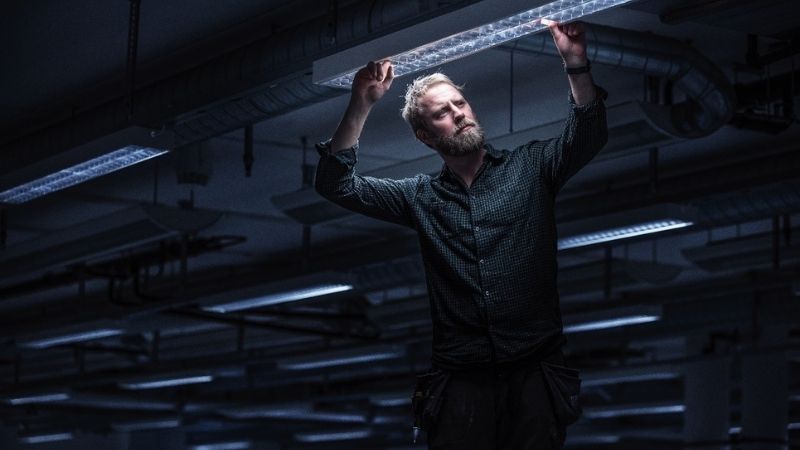 However, a switch to smart LED-based systems brings additional benefits that go beyond electricity savings and emission reduction.

“When you connect lighting to other devices you unlock benefits beyond illumination – from sensors in a luminaire that can tell a room booking system when a room is free, to light levels in an office that workers can adjust via their smart phone,” said Verhaar. “And in the home, lights that can sync with your TV, music or games console and talk to your doorbell and smoke alarms.”

This prominence of lighting in the Internet of Things ticks another of the EU Green Deal’s boxes. One of the initiative’s central aims is to stimulate Europe’s digital capabilities so that it can compete with the digital powerhouses of the US and China.

Achieving the goal of net-zero by 2050 will be a herculean task for the 27 EU member states. “Instrumental to achieving this goal is to more than double the pace of building renovation to 3% per annum,” says Verhaar, “which needs to be combined with a 3% increase in energy efficiency and 3% rise in the use of renewables each year.”

The European Council has established a 3% renovation rate target for 2030.  Verhaar urges them to turn this commitment into action and to do it quickly. “We need a wave of renovations for building and city infrastructure. This would generate around 1 million jobs, save EUR 40 billion in electricity costs, and boost Europe’s digital future.”

Switching to LED lighting is the quickest and easiest part of a building renovation. With stimulus programs in place and the Green Deal in full swing, the question for policy makers should not be can we afford to do it, but can we afford not to?