As Asian lenders are turning their back on coal, campaigners warn against treating methane gas as a “transition fuel”, calling for an end to all fossil finance 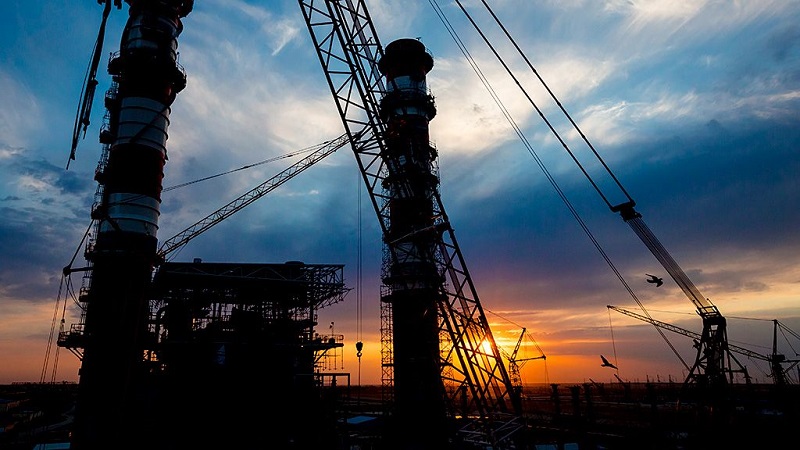 Modernisation work at the Talimarjan gas-fired power plant in southern Uzbekistan was financed by the ADB (Photo: Asian Development Bank)

The Asian Development Bank (ADB) will end all financing for coal mining and power plants and ban support for oil and gas production, under a draft energy policy released on Friday.

The Philippines-based bank said there had been “profound changes in the energy landscape” since it last updated its energy policy in 2009 and that the document “is no longer adequately aligned with the global consensus on climate change”.

By supporting coal exit across Asia, ADB said it would “support new job creation in cooperation with local communities and stakeholders”.

The draft policy is the latest in a series of shifts away from coal in Asia’s major economies. Last month, China committed to peaking its coal consumption by 2025 before gradually reducing its coal reliance. South Korea pledged to end overseas financing for coal-fired power plants. Japan cancelled the last coal plant in its pre-construction pipeline.

The document, which would still allow support for methane gas transmission and distribution infrastructure, is open for consultation, with a final version expected to be presented to the bank’s board of directors for approval in October.

Lidy Nacpil, coordinator of the Asian Peoples’ Movement on Debt and Development (APMDD), hailed the move “a big victory for communities and movements who resisted for decades ADB’s funding of dirty energy including coal projects”.

The ABD said it hasn’t financed a coal power plant since 2013, when it supported the conversion of Pakistan’s Jamshoro plant to run on coal instead of heavy fuel oil.

But under the draft policy, the bank will formally exit all coal financing, except to mitigate the environmental impact of existing coal plants or decommission them. It committed not to support any projects to upgrade existing coal facilities that would extend their lifespan.

Tim Buckley, director of energy finance studies at the Institute for Energy Economics and Finance Analysis (Ieefa), told Climate Home News the policy was a welcome “step in the right direction” following “a phenomenal momentum” towards accelerating  the energy transition across Asia in recent months.

“The greater Asia region is moving at a million miles an hour,” he said.

Buckley said rapid shifts towards clean energy were taking place in countries like Vietnam at a pace unforeseen even a year ago. In 2020, installed solar rooftop capacity increased 25-fold in Vietnam, compared with a year earlier, with 9.3GW of peak solar capacity connected to the national power system. In contrast, only 1.2GW of coal power was added to the grid in 2020.

Across the region, lenders are turning their back on coal finance.

On Friday Australian investment bank Macquarie said it expected to end financing of coal projects by 2024, under a policy to align its financing activities with meeting net zero emissions by 2050. And on Thursday Malaysia’s Maybank confirmed it would no longer finance new coal activities.

“A lot of markets in Asia really need to see evidence that renewables can be deployed at the scale needed,” Buckley said, adding that as nations like Japan and South Korea move away from coal, demand for methane gas was rising.

If formally adopted, the draft policy would still allow ADB to support gas-fired power plants, liquefied natural gas (LNG) terminals and storage facilities under certain criteria. These include cases where methane gas replaces diesel or coal power, or it provides energy to communities living without electricity.

ADB said it expected major Asian economies to include methane gas in their energy transition strategies as they move away from coal. In 2019, Japan pledged to invest $10 billion in LNG infrastructure overseas.

Analysis by the APMDD found the ADB has spent $4.7bn financing gas projects in Asia since the Paris Agreement was adopted, five years ago.

For Buckley, ADB’s policy on restricting methane gas does not go far enough. In countries like Vietnam, methane gas has become a higher source of greenhouse gas emissions than coal, he said, largely because of methane leaks – a greenhouse gas with a warming potential more than 80 times that of carbon dioxide.

A UN report released on Thursday found that global methane emissions would need to be reduced by 45% this decade to meet global climate goals. It warned that the expansion of methane gas infrastructure was incompatible with limiting global temperature rise to 1.5C.

“Prioritising renewable energy and other climate neutral energy solutions as the default solution for the energy transition would well position the bank to shape the actions and priorities of its peers,” he said. “It is critical that the final version of the energy policy closes the loophole for gas financing to ensure that ADB becomes fully Paris aligned.”

Campaigners are already putting pressure on the ADB to move away from methane gas.

“Our campaign is far from over. The ADB must also stop funding gas and oil projects. Support for the expansion of all types of fossil fuels – not just coal – must end,” said Nacpil.