Comment: The growing global shipping fleet is increasing the sector’s climate and environmental impacts. To rein it in, we need a global carbon price for shipping 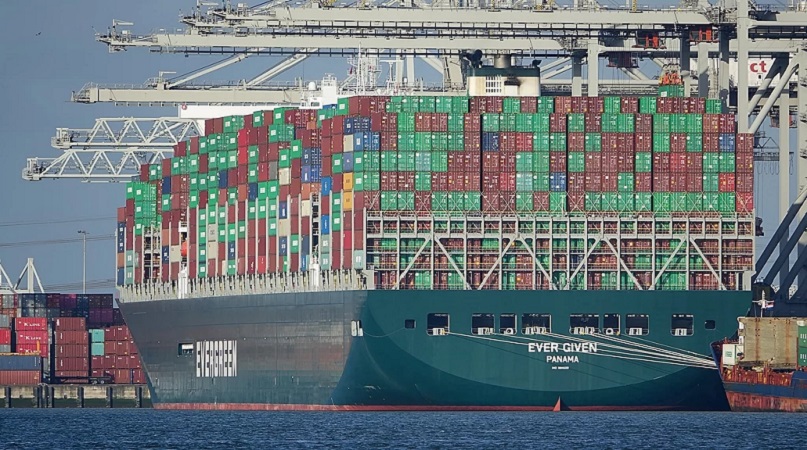 The Ever Given blocked trade for about a week. (Photo: Kees Torn/WikiCommons)

Yes, a massive container ship stuck in the Suez Canal is funny. The comparison to Austin Powers gave me a true belly laugh – a rare and welcome feeling a year into the tragedy of Covid-19.

But it also took the crisis of this major trade artery getting blocked for almost a week for us to simply notice the vast ships underpinning our modern consumer lifestyles.

The Suez Canal crisis is not just a story of delayed goods and revenue loss — it is also a story of a heavily polluting industry growing at a pace that is inconsistent with the limits of a liveable planet.

In the quest to bring us the goods we want ever more cheaply, shipping has pushed harder to reach economies of scale, and container ships have assumed absurd, gargantuan proportions.

As recently as 2007, the biggest container ship in the world carried 8,000 containers. The Ever Given — finally freed on Monday from the bank of the Suez Canal — carries over 20,000 containers. Some ships are now close to 25,000.

It’s not just the size of the ships; the world’s fleet has quadrupled in size since the 1980s. That’s increased the strain on our oceans by exacerbating underwater noise levels, harming whales and dolphins. It has caused the rise of plastic waste dumping, oil discharge and the shuttle of invasive species around the globe, causing the extinction of native plants and marine animals.

Today there are around 60,000 ships carrying 11 billion tonnes of cargo every year — around 80% of world trade.

Most of everything we own – clothes, shoes, food, technology – at one points sits on a giant container ship like the Ever Given that rose to fame last week.

Every single one of these ships in operation runs on fossil fuels, but not just your everyday petrol or diesel. Container ships run on the world’s cheapest, dirtiest liquid fossil fuel – known as “heavy fuel oil”.

This is the gunky black tar-like substance that comes out the bottom of an oil refinery once all the transparent road fuels like gasoline and diesel have been separated out.

Heavy fuel oil contains up to 500 times as much cancer-causing sulphur dioxide than the legal maximum allowed in road fuels.

Sometimes even chemical waste and melted car tires, that companies don’t want to pay to dispose of safely, are just blended into shipping fuel.

Out of sight, out of mind, shipping companies have enjoyed a free pass to pollute for decades.

Meanwhile, shipping continues to emit one billion tons of climate-heating greenhouse gases into the atmosphere each year. That’s more than all but the top five largest emitting countries in the world, we just never talk about it. Swedish activist Greta Thunberg’s right — governments typically exclude shipping emissions from their climate action plans, pretending the problem doesn’t exist.

And in case anyone’s worried about emissions from Evergreen ships like these, carrying our stuff from outsourced factories, don’t be! Emissions from intl aviation and shipping are excluded from our statistics. So in theory, they don’t exist. It feels better that way, doesn’t it? pic.twitter.com/X8ZAaMDNN2

Just like other sectors, shipping is capable of running on renewable energy — there are over 100 pilot projects for zero-emission shipping underway. But consumers and governments have not yet demanded that ships make this energy transition.

The shipping industry is in bed with the fossil fuel industry (40% of the sector’s global cargo consist of coal, oil, and fossil gas) so transitioning ships off fossil fuels will require sustained pressure, action, and outrage.

There are signs of change. One shipping industry executive blew the whistle in 2017, expressing his “contempt and disgust” at the lobbyists being paid to weaken and prevent any environmental regulation.

Maybe the rare public attention on the shipping sector resulting from this Suez Canal crisis will spur enough of us to ask ourselves and our governments to finally steer shipping onto a sustainable path.

In concrete terms, two of the most climate-vulnerable countries in the world, the low-lying Marshall Islands and Solomon Islands in the Pacific, earlier this month submitted a ground-breaking proposal to the UN’s International Maritime Organisation: to apply a global carbon price of $100/mt to the shipping industry, to pay for its upgrade to cleaner, zero-carbon fuels.

For those of us working from home, enjoying cheap home delivery of goods produced on the other side of the world, it’s the least we can do to ask our governments to support it.

Madeline Rose is the climate campaign director for Pacific Environment, an environmental group with consultative status at the International Maritime Organization.