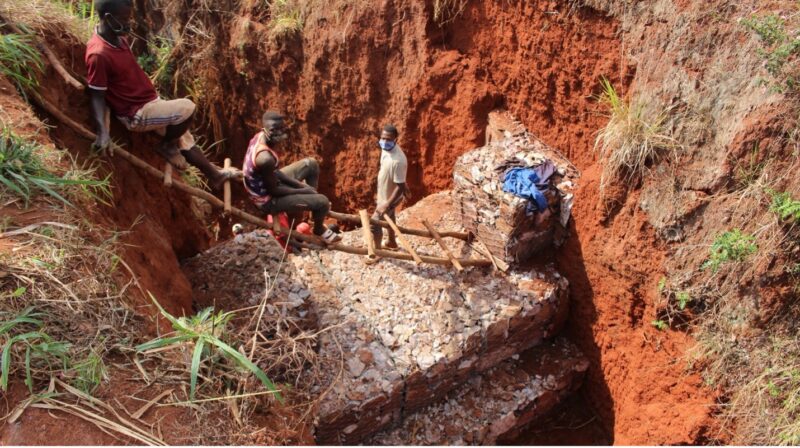 Gully rehabilitation in the Republic of Rwanda, as part of a five-country regional AF-funded project. (Photo: ACC-LVB Project Coordination Team)

A project that spans almost 5,000 miles across three countries will use cross-border collaboration to increase the reach of vital climate-related information.

ENANDES, which stands for Enhancing Adaptive Capacity of Andean Communities through Climate Services, will be carried out by organisations in Chile, Colombia, and Peru. Together, they will produce and communicate scientific knowledge that will guide societies to best adapt to the impacts of climate change.

The Andean region is vulnerable to trends in precipitation, temperature and climate variability due to the El Niño-Southern Oscillation phenomenon, which has become more frequent in recent years, burdening communities already suffering from high levels of inequality.

“The complex interaction among these factors is already posing unprecedented systemic risks in the regional ecosystems and infrastructure, calling for innovation to manage resources, enhance livelihoods and reduce poverty,” said Raul Polato, Project Officer at the World Meteorological Organisation, which is implementing the project.

“ENANDES recognises how the central role that climate plays in human welfare so far has not been matched with a corresponding ability to use information and knowledge for climate adaptation measures,” he added.

The project, financed by the Adaptation Fund, was originally intended to start by August 2020 but, due to the Covid-19 pandemic, the implementation phase was pushed back and launched in February as a virtual event.

The first aims to design, produce and communicate climate and water-related science for policy and decision-making at all levels, while the second intends to expand the tailoring of weather information by improving gridded regional datasets and validating climate change projections.

In the third and fourth phases, ENANDES will work on capacity building by running workshops and training activities to various stakeholders, including smallholder farmers and micro-hydropower operators. The project aims to produce a ‘toolkit’ of science and user-friendly weather data to be used across the region to better plan growing seasons and respond to climate threats more efficiently.

The Adaptation Fund was one of 18 agencies to recently co-author a climate services report aimed at strengthening countries’ resilience to weather and climate hazards.

“The provision of climate services at regional and national levels like in the ENANDES project, is of foremost importance to facilitate climate risk management and adaptation to climate change,” said Adaptation Fund Manager Mikko Ollikainen. “One of the adaptation principles that guides our strategic pillars of Action, Innovation and Learning is the pivotal role of strengthening scientific knowledge, which informs climate services and decision-making.”

The collaboration falls under the Adaptation’s Fund Programme of Regional Adaptation Projects, an initiative and targeted funding window in which the Fund’s board has approved 17 regional proposals since its launch in 2015.

As well as ENANDES, the Fund is also financing a regional project to reduce vulnerability to increasing rainfall variability and rising temperatures by managing transboundary water catchment around the Lake Victoria Basin in eastern Africa. It includes the cooperation of organisations from Burundi, Kenya, Rwanda, Tanzania, and Uganda.

“Through the use of a regional approach, East Africa Partner States sharing the lake basin have been able to establish linkages and create opportunities,” said Essey Daniels, United Nations Environment Programme Task Manager in charge of overseeing the project.

“This is particularly important for the integration and harmonisation of climate change adaptation science, policies and actions in the management of a transboundary water resource for shared prosperity,” he added.

Although the project has faced some challenges relating to Covid-19 health protocols and travel restrictions, it has also seen considerable progress, particularly regarding community training schemes and site selections.

“Adaptation is often framed as a national-to-local concern, but climate risk is, in many cases, borderless in nature,” Ollikainen said.

“Climate impacts in one country create risks and opportunities in others due to cross-border connectivity, and the Adaptation Fund recognises the added value in addressing adaptation challenges regionally.”