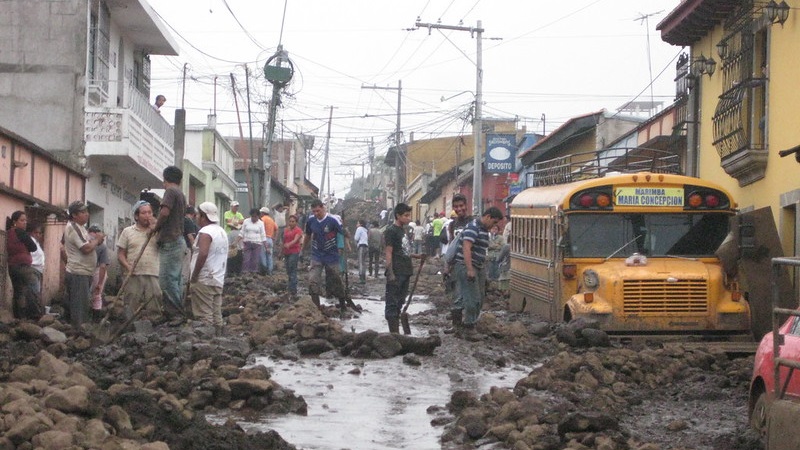 In a move hailed as “extraordinary” by campaigners, Joe Biden has ordered his National Security Adviser to look into how to resettle migrants displaced by climate change.

The US President has given Jake Sullivan six months to put together a report with “options for protection and resettlement of individuals displaced directly or indirectly from climate change”.

Refugees International’s climate displacement manager Kayly Ober said this order was “extraordinary”. By mentioning resettlement, she said Biden had gone “a step further than I thought any American administration would go”.

But any scheme for permanent resettlement will face a difficult path through Congress, Ober warned, with an extension of the scope of temporary visas the more likely solution.

The report will be drawn up in consultation with the ministries in charge of foreign affairs, defence, homeland security, international development and national intelligence.

It will discuss the international security implications of climate-related migration and mechanisms for identifying climate migrants “including through referrals”.

According to the the Internal Displacement Monitoring Center, every year around 21.5 million people flee their homes due to extreme weather.

Central America and the Caribbean are vulnerable to natural disasters like storms and droughts, which have led many to migrate, mostly within their own countries, but also towards the USA.

Aside from these extreme weather events, parts of the world are expected to become unliveable because of permanent, long-term trends like sea level rise, desertification and places becoming too hot to live.

Eduardo Samaniego, an activist and undocumented migrant to the US who was deported to Mexico in 2019, told Climate Home News the US had a “moral obligation” to resettle individuals displaced by these impacts.

“President Joe Biden is doing the right thing by trying to find and heal those affected,” he said. “While the hardest task is still ahead trying to locate and find the right solutions to climate change displacement, this is the right way forward.”

Climate migrants are currently not defined as refugees under international law and so are unable to access the support which refugee status brings.

US immigration law defines refugees as “unable or unwilling to return home due to a well-founded fear of persecution on account of their race, religion, nationality, membership in a particular social group, or political opinion”.

That would only apply to climate migrants if their home government would not protect them from climate impacts, explained Erol Yayboke and Janina Staguhn from the Center for Strategic and International Studies (CSIS) in a briefing note.

One option for climate migration to the US is a humanitarian visa called Temporary Protected Status (TPS), which is generally granted to migrants already in the USA who are unable to return because of an environmental disaster.

Ober said many have argued TPS could be expanded from sudden onset events like hurricanes to slow onset events like sea level rise. She said this idea “has potential” but would depend on the guidelines on what events count.

Changes like sea level rise and desertification are not temporary and Ober said there should be “something stronger and more permanent” for those affected, with a pathway to permanent residence and citizenship.

In 2019, Democratic senator Ed Markey proposed a scheme like this for 50,000 people a year. His bill did not progress in a Republican-controlled Congress.

Now Congress is under Democratic control, a similar bill would have a better chance but Ober warned that Congress is still “quite moderate” and there might have to be trade-offs for it to progress.

Alex Randall, program lead at the climate change and migration coalition, said the executive order is a “bold statement” which will “set the international agenda”.