Sponsored content: The Greek island of Leipsoi installed solar street lighting to cut emissions and boost community safety, in a model that could be used across the EU 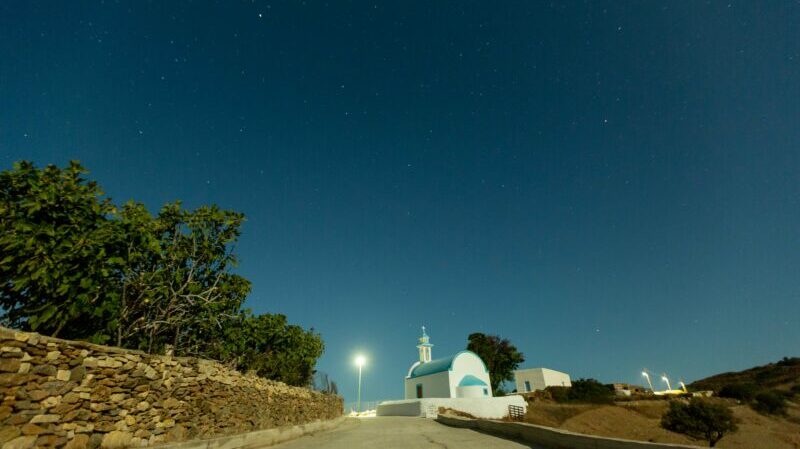 In response to the economic fallout from Covid-19, the Union proposes a major recovery plan for the continent with a key focus on adapting to the digital age and investing in cleaner and more resilient technologies for the future.

Signify, formerly Philips Lighting, argues that Europe can leapfrog directly to solutions like solar as part of its Green Deal, dubbed as “Europe’s Man on the Moon moment” by European Commission president Ursula von der Leyen.

According to Allied Market Research, the global solar energy market was $52.5 billion in 2018 and is set to grow to $223.3 billion by 2026, vastly accelerating the scale of renewables. One of the fastest growing solar technology segments is street lighting.

“Solar street lighting technology has come on leaps and bounds in recent years and is fully aligned with the Commission’s clean technology initiative – just 15 streetlights can save enough electricity to power a home for a year,” said Harry Verhaar, Global Head of Government and Public Affairs at Signify.

“Being a digital technology, it can be connected to sensors and remotely controlled, enabling forward-thinking municipalities to leapfrog to solar and reap the benefits of the digital age,” he added.

The company is advocating specifically for the wide adoption of solar and solar hybrid powered street lighting across EU member states which, they say, will “pave the way to lower emissions and eliminate the need for extra power stations,” particularly in more remote areas where existing infrastructure is minimal.

Recently, Signify installed solar streetlights on the Greek island of Leipsoi in areas lacking full electricity coverage including a playground, allowing the community to feel safer.

A total of 28 autonomous Philips SunStay luminaires were used that combine a solar panel, an LED light, a charge controller, and a battery in one housing unit. There’s also an infrared motion sensor which detects movement and alters brightness accordingly, increasing energy efficiency and minimising light pollution.

“As we have many hours of sunshine throughout the year this is a very effective and functional solution for those areas on our island that are not connected to the power grid,” said Fotis Mangos, Mayor of Leipsoi, adding, “the lights have such an aesthetic design that they seamlessly blend in with our island’s natural landscape.”

The electricity grid doesn’t always follow the street layout on the island and the Philips SunStay installation allowed for an inexpensive way to light roads and pathways in an unobtrusive and environmentally friendly way without needing to dig electrical trenches.

“Solar lighting is a key part of our commitment to sustainability and to climate action, as we aim to help people move to cleaner technologies,” said Signify’s Country Leader for Greece, Polydefkis Loukopoulos.

“The expansion of solar lighting in new areas of Greece, strengthens our vision to provide local communities with the security that results from high-quality solar lighting,” he added.

The company also argues that solar lighting, when considering hybrid technologies, is now a feasible solution in areas with only seasonal sunshine, allowing higher latitudes to access its benefits. Instead of solar only being relevant for sun-drenched countries, solar hybrid extends the reach of this technology to around 6.5 billion people in the world.

And street lighting, the company says, makes the most of both worlds.

“It uses sunlight to charge its batteries and on cloudy days seamlessly switches to electricity from the grid,” said Antonio Espada, Head of Public Segment Europe for Signify, arguing that solar hybrid “increases the percentage of renewables used and contributes to balancing electricity loads.”

Ultimately the company sees solar lighting as an accessible, efficient, and future-proof solution to community development, and one which could hugely benefit Europe’s recovery.