I am proud to have negotiated the Paris Agreement, at my first UN summit

Comment: Five years on from the landmark talks in Paris, multilateralism and dialogue continue to be the way forward for countries to meet their climate promises 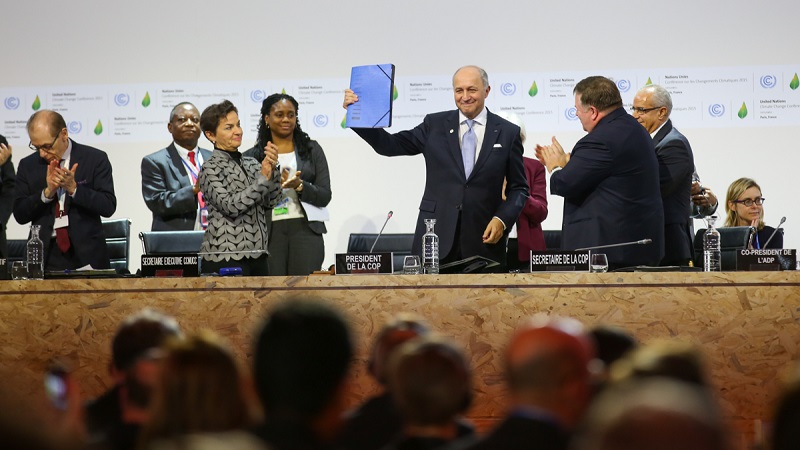 Cop21 president Laurent Fabius holds up the text of the Paris Agreement. (Photo: IISD/ENB/ Kiara Worth)

A little more than five years ago, I was part of the Costa Rican delegation getting ready for almost three weeks of international climate negotiations in Paris, known as Cop21.

The stakes could not be higher. The aim of the talks was to agree a global accord to limit global warming by the end of the century and avoid the worst impacts of climate change. This was the opportunity to demonstrate that multilateralism was the way to provide solutions to global problems.

It was my first time attending a UN climate conference. Although I had been involved in the climate diplomacy process before, the Paris conference was overwhelming with information and people.

More than 45,000 people participated in Cop21. The city was heavily policed not only because of the climate summit, but because two weeks before 130 people were killed in a terrorist attack, plunging the city of light into sadness.

It was an honour to support the Costa Rican delegation in the decisive negotiation that followed. Not only was I proud to support my country’s voice, but humbled to witness a small group of developing countries raise their flags to ensure the Paris Agreement became an ambitious accord. 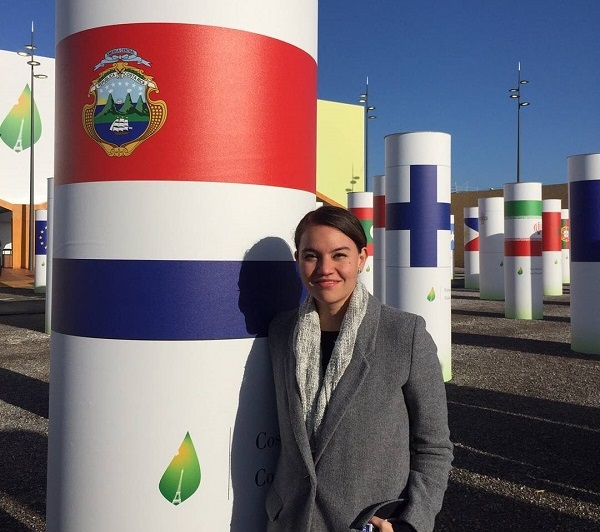 Costa Rica, as part of the Independent Association of Latin America and the Caribbean (AILAC), had a clear mission: to defend climate ambition and work for the inclusion of human rights and gender equality in the text. Both were included in its preamble.

After long and intense negotiations, the ambition was stamped in the accord’s goal of limiting the temperature increase to 1.5C above pre-industrial levels – a target on which depends the survival of populations and biodiversity in countries worldwide.

This was the end of six years of negotiations. Less than six months before the talks, we had nothing that looked like a multilateral agreement.

After five years, here are five things the Paris Agreement achieved — and didn’t

Back in Costa Rica at the beginning of November 2015, I was greatly concerned about how we would solve the global challenge in front of us in just two weeks of negotiations, with countries holding positions that, at times, had nothing in common.

In the final hours on 12 December, I was still concerned we may fail to have an agreement robust enough to respond to the call of science and be the starting point for the transformational change of the global economy that was needed.

Besides the intensive technical work, the conference was the first time I had to be away from my daughter for so many days. She was three years old at the time.

She was, and continues to be, my inspiration in the most difficult moments of the negotiations, those moments of doubts. Until Cop21 president Laurent Fabius’s gavel came down on the agreement, we didn’t have a deal. Because in the UN climate convention nothing is decided until everything is decided.

In December 2015, we had an agreement. Not everything we wanted was included but the most relevant elements were, we returned home and got to work implementing it.

Five years on from that moment, we reflect on how the negotiation process could be improved. It should take less time to reach decisions, but fundamentally we should be more effective in translating those decisions into global action.

In recent years, Costa Rica has made great progress on the climate agenda and worked to mainstream the issue in public institutions and setting out a long-term strategy.

We are in the process of improving the communication of our climate agenda to the people of our country.  This remains a challenge: transforming commitments for climate action into society-wide projects that benefit people.

Something that was clear to me from the first moments of working on climate change is that we must show people how every aspect of life is affected by climate change, and how everyone has something to contribute from their own areas of expertise.

Five years on some things have worked. Negotiations and dialogue continue to be the way to address this global problem. UN Climate Change and campaigns such as the Race to Zero create a framework to transform the world’s economies. And the private sector has been invited to join this dialogue.

For someone who was born and lives in a country without an army, multilateralism remains the way to seek solutions together and not have them imposed by one nation or a group of countries. Every voice needs to count.

Now the process must deliver action at the speed that science requires, otherwise the credibility of the Paris Agreement will be put in doubt.

At the climate ambition summit on Saturday, on the day of the anniversary of the Paris accord, world leaders will present high-quality climate plans to generate political momentum that is needed to Cop26 in Glasgow next year.

But above all, the spirit of the Paris Agreement and a commitment to continue to raise ambition needs to be respected. That way, my daughter will one day know that the implementation of the deal was a decision made by us to prioritise the well-being of her generation, of the one before her and of all those that will follow.

Agripina Jenkins Rojas is an advisor for the Climate Change Office of Costa Rica.