Sponsored content: Here are six ways we can incorporate gender equality within nationally determined contributions to the Paris Agreement 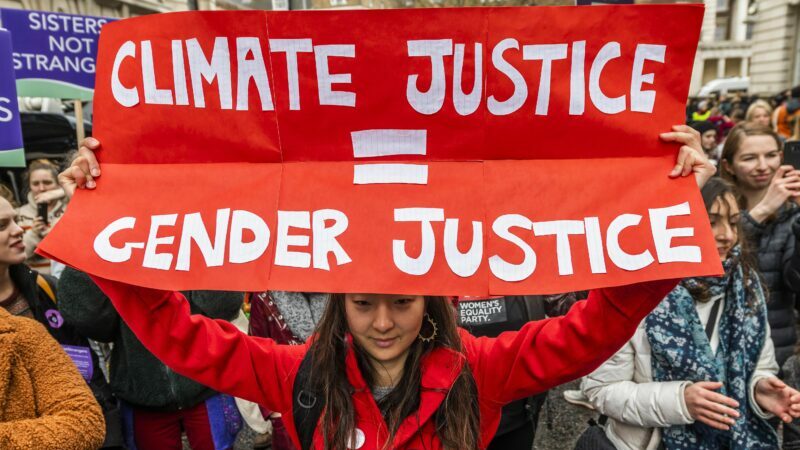 By CARE International and WEDO

As countries are submitting their new or updated nationally determined contributions (NDCs) to the Paris Agreement, they should reflect increased ambition.

This should not only be in regard to mitigation and adaptation, but also in regard to countries’ efforts to promote gender-equitable climate action and address the underlying drivers of the marginalisation and discrimination of women and girls in all their diversity.

Climate action that fails to integrate gender will fail to fully address the scope of climate change challenges in ways that are sustainable, equitable, and effective over the long-term.

While climate change threatens livelihoods across the board, women and girls often face higher risks and greater burdens. The impacts of droughts, floods and climate emergencies exacerbate existing inequalities, particularly for women and girls experiencing multiple forms of discrimination, for example due to race, age or disability. Women and girls are powerful agents of change but are often left out of decision-making spaces and policies that are designed to address climate change.

When the first round of (NDCs) (then INDCs: intended nationally determined contributions) were released by countries as the Paris Agreement was adopted and going into force, WEDO developed a framework for analysis featured on its Gender Climate Tracker (GCT) app and website.

The GCT platform has been instrumental in highlighting key gender disparities to hold countries accountable and to facilitate policy implementation. The 2016 WEDO analysis of the NDCs concluded that 64 of the 190 NDCs available at the time included a reference to women or gender. All 64 countries are non-Annex I countries; so-called developing countries.

It is generally concerning that by early December 2020, less than 20 countries out of 188 Parties to the Paris Agreement had submitted updated or new NDCs. As many more countries indicated their ongoing work on NDCs, we hope that this number will greatly increase in the remaining weeks (and in 2021), despite the Covid-19 crisis. But how do these most recent NDCs perform in terms of gender equality?

In a report from WEDO analysing new and updated NDCs, there is an indication, albeit from a small sample size, that those countries who have submitted new NDCs are progressing in the integration of gender considerations, with the Marshall Islands being a very strong example.

However, the NDCs alone are often not enough to reflect a country’s work on integrating gender into climate policy at national level. Earlier this year, WEDO produced a “Spotlight Report” that analysed a range of instruments, plans, and actions supporting the integration of gender equality principles and practices in Party NDCs.

– Only 8 out of the 18 updated NDCs – some countries only re-submitted their 2015 INDCs as NDCs – include a clear reference to women or gender. Most of these only mention gender in the context of broad cross-cutting issues and not specifically in relation to climate change policies.

– Marshall Islands, as already indicated above, stands out as the only country in the “role model” group through integrating a very comprehensive approach to gender equality in its NDC, and greatly improving from 2015.

– Aside from Norway, all the top-ranked countries are global south countries. In 2016 WEDO indicated the same trend in the first round of NDCs, noting that no developed country included references to gender in their NDCs. This trend appears to have continued so far, but other developed countries should revise their approach and come up with NDCs bold both in mitigation ambition and gender equality.

– There is almost a complete absence of gender-responsive budgeting in the renewed NDCs.

Clearly, there are a number of steps that countries should take to arrive at gender responsive NDCs.

This post was sponsored by CARE International. See our editorial guidelines for what this means.