Sponsored content: A community hub in Tororo, eastern Uganda, will provide an inclusive space for women to build resilience to the impacts of climate change 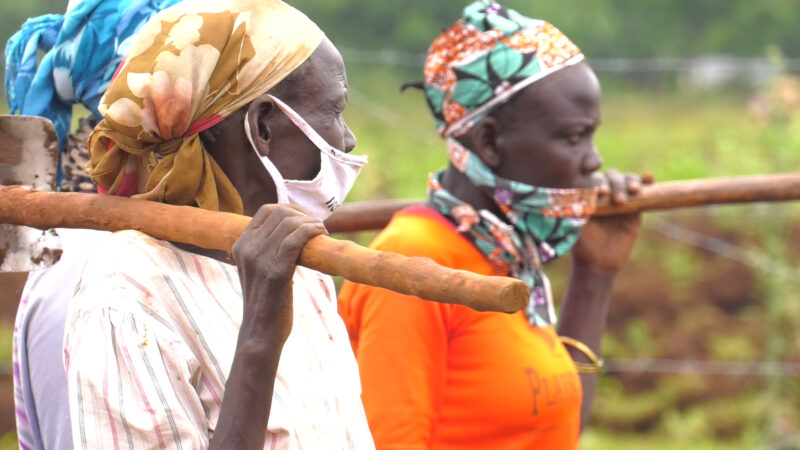 A community hub for East African women to lead on solutions which address climate change has laid its foundations in the eastern Ugandan town of Tororo.

Women’s Climate Centers International (WCCI), a network of organisations that recognises the importance of physical spaces to enable women to participate in climate change adaptation and mitigation activities, developed the project.

She added: “A physical space fosters community participation in climate solutions thus fostering ownership. The end goal for WCCI is to create a one-stop climate solutions center for local, national, and international learning.”

Rose Wamalwa, WCCI’s East Africa coordinator and one of the network’s founding members, stressed the value of community hubs for women in the climate sphere.

“As an African woman, I believe it is important to have a physical space to address climate change because it will promote equity and inclusion, and that means it will encourage community engagement in decision making processes,” she said.

“Globally we know that women’s environmental leadership has proven time and again to be one of the greatest leverage points for increasing our collective environmental and climate resilience initiations,” she added.

As well as working to establish women’s climate centres at WCCI, Wamalwa is also the founder of Women in Water and Natural Resources Conservation (WWANC); a non-profit in western Kenya that promotes women as agents of change within their communities.

Having grown up in a male-dominated environment, Wamalwa felt motivated to create a platform for women’s voices in the area of climate resilience and environmental protection and conservation. After carrying out a survey in the region and finding that many rural women held similar desires, she and her colleagues set up WCCI.

“We want the women to be involved,” she said, “not just as beneficiaries of climate change projects, but as planners, decision makers, and managers, and we feel that through this approach of climate centres they will have a voice and platform where they can raise their issues.”

As a coalition of leaders from a number of sister organisations, the WCCI has a flat structure with NGO founders from North America and Africa. This gives the group a dynamic and participatory North-South collaboration, shifting away from the historical norms where power is concentrated in northern countries.

Currently, the Tororo project has built the foundation for its central office and meeting hall and constructed a wash station as per the community’s request – but WCCI is aiming for a much larger reach.

“We hope to establish a thriving centre in Tororo by 2023 and build one more either in Northern Uganda or Kenya by 2025 using the communities where our East African partners are already established as our guide,” said Tracy Mann, WCCI’s United States coordinator and project director of Climate Wise Women.

“We believe the Center model will serve women’s organisations and communities beyond East Africa but will use these first ones to demonstrate our work and to provide a training ground for other women wishing to build climate centres in their own communities,” she explained.

During Covid-19, Mann and her colleagues have noted the principles of community resilience among issues related to the pandemic and climate change are alike.

“The same problem-solving abilities women employ to address climate change impacts are vital in a time of Covid-19,” Mann said, emphasising the need for women’s climate centres to address both immediate and long-term issues.

WCCI has large ambitions and hopes to use the first few climate centres it establishes as a model and catalyst for community hubs that empower women to be at the forefront in addressing climate change across the world.

“Women have the solutions, they have the power, and they have the potential, so as WCCI we are creating this platform and calling upon all local and international stakeholders to join us in pushing this initiative.” said Wamalwa, “we want to see women climate centres in all countries.”