Sponsored content: Indoor farms can use less energy, water, and land than traditional farming methods and may be a big part of our future food system 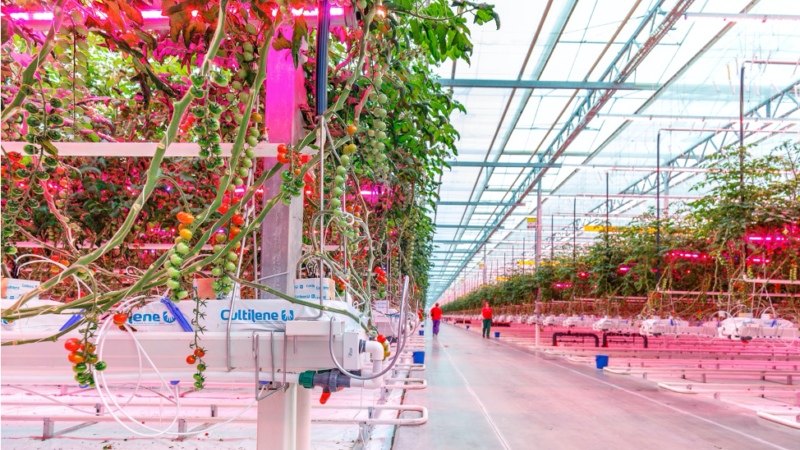 Significant changes in sustainable agriculture need to be made as our population rises and puts pressure on global food security.

By 2050, there will be another 2 billion people on the planet. In the same period, total food demand will increase by 70% and, without responsible choices, this will present further environmental challenges.

The global food system accounts for about one quarter of the world’s greenhouse gas emissions, consumes the majority of all freshwater, and is the leading cause of deforestation.

Sustainable alternatives need to be considered to make sure there is enough safe and affordable food and using artificial lights in horticulture may be one such solution.

Grow lights can either supplement natural daylight or replace it entirely and using them creates a controlled farming environment often in places previously unsuitable for growing food – this produces a wealth of benefits including the ability to fine-tune quality and increase yield.

They also, and perhaps more importantly, reduce environmental impacts like the need for land, water, pesticides, and food miles (where fruit and vegetables often travel thousands of miles before reaching the plate).

Signify is leading the way to provide science-based solutions for the lighting needs of indoor agriculture. Recently, it signed a deal with Agro-Inwest to expand on the world’s largest LED horticultural lighting project at a greenhouse complex south of Moscow.

It is now supplying the farming company with 68.5 hectares of LED lights, equivalent to more than 100 football pitches, to grow tomatoes all year round – in a region where in the winter there is less than 8 hours of daylight and temperatures regularly drop below minus 10.

“They deliver the right light for the plant, exactly when and where the plant needs it the most, while radiating far less heat than conventional lighting,” said Irina Meshkova, deputy CEO and general director of Agro-Inwest.

“Thanks to this technology we will be able to increase yields in the darker months of the year, and significantly reduce our energy usage,” she added.

Improvements in the tomatoes’ growth predictability and quality has also been seen, and the greenhouse can now supply fresh produce to Moscow on the day it’s harvested helping to meet the growing demands of locally grown fruit and vegetables in Russia.

Similar success has been seen in France where Jardins Réunis and Cheminant have become the first two growers to produce high-wire LED-lit cucumbers in the country and have seen quality throughout the year.

“LEDs give a better heat-light balance, generating a significant increase in production without the heat that you would get with HPS (high pressure sodium) lighting,” explains Antoine Cheminant, co-owner of Cheminant.

“As per Signify’s calculations, we’re aiming for 30% more production in our 20,000m² semi-closed lit greenhouse compared to a traditional non-lit greenhouse,” he added. 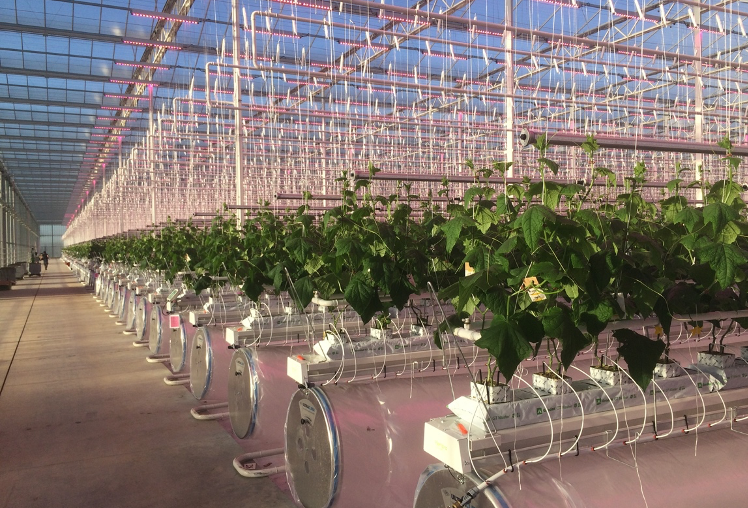 Signify’s horticultural lighting range has also helped the production of vertical farms where crops are grown indoors in multi-layered systems to maximise space.

Tomatoes and cucumbers are distributed to local areas within an hour of them being picked and the quality is so high that the farm sells 99% of all its produce.

In Milan, Signify is providing lighting systems to Planet Farms, a company that will have finished construction on Europe’s largest vertical farm by the end of the year.

It will operate an innovative integrated growth process where the production is entirely automated – this means that the consumer will be the first to touch the crop.

The farm will also implement the Philips GrowWise Control System, already being used in many other farms across the world, where growers can create custom ‘light recipes’ that give full control of the outcome of the crop’s quality.

Different plants have different light needs at different times, and the system allows growers flexibility in luminosity and colour to meet the needs of growth phases – it works seamlessly with climate management systems too.

“The GrowWise Control System helps us easily adjust light recipes and continuously enhance the taste of our crops, which is crucial for us,” said Luca Travaglini, co-founder and co-CEO of Planet Farms.

And it’s this – quality combined with sustainability – that what will drive the success of horticultural lighting systems.

Indoor farms that use LED’s and little heat can be significantly less impactful on the environment than large-scale traditional outdoor farms – especially when taking into consideration diesel-powered heavy machinery, vast amounts of water, land destruction, and food air miles that result from the latter.

As cities continue to become larger metropolitan hubs and the amount of arable land decreases, growers will consider working indoors and upwards more and more– smart energy efficient artificial lighting will be key to achieving this.