Sponsored content: FCFA has canvassed some of its researchers about the most important lessons that can inform future South-North project collaborations 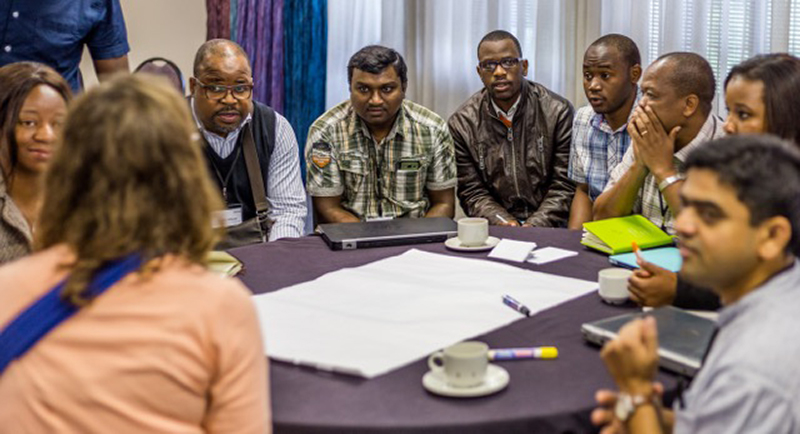 By Leonie Joubert for Future Climate for Africa

When climate scientists and researchers from the global South work in collaboration with their counterparts in the North, there will always be a diversity of skills, competence, and varying levels of confidence shared amongst a team.

A group’s dynamics will also play out against a backdrop of historic power imbalances, and differences in funding and research opportunities within home institutions.

Future Climate for Africa (FCFA) is wrapping up a four-year collaboration that brought together scientists and related experts from sub-Saharan Africa, Europe, and the United Kingdom on a number of climate-focused research projects. As these come to an end, FCFA has canvassed the researchers in order to lift out some of the most important lessons learned during their work together. These can inform future South-North project design and collaboration in a way that fosters leadership amongst researchers from the global South.

“Our discussions with researchers on their experience has also helped us identify a number of barriers still faced by Southern partners in this sort of work,” explains Araujo. “In many cases, this is the result of how programmes are designed from the start of a project. The take-home message is that for future similar projects, these South-North differences need to be taken into consideration from the very beginning. These differences exist and can’t be ignored, as it can affect the outputs and outcome of the programme.”

In 2015, when FCFA began its work, the objective was to break free from the older model of designing development solutions for countries in the global South, where academics often parachute in with top-down solutions to local-level challenges, and where projects are shaped by development and funding agendas in the North.

Instead, FCFA researchers worked with national and local governments, implementing institutions, researchers, development agencies, and local communities to jointly identify needs, find solutions, and generate useful climate knowledge that developing countries are able to integrate into their planning in the context of climate change. Central to this work was allowing African researchers to step forward.

“If we hope to address the inherent inequalities in teams engaged with these kind of partnerships, it is important to foster Southern capacity and leadership, which are closely connected,” say Araujo and colleagues in their recent report A Critical Reflection on Learning from the FCFA Programme.

“Programmes need to adopt a leadership model that is inclusive, equitable and focuses on distributed leadership,” they argue.

Araujo also says that pre-existing tension between partners from the South and North, as well as within Southern teams, may affect the way that teams are constituted, who is in a position of leadership, how the research is conducted and the receptivity of that research.

Another important barrier for Southern researchers that should be considered in the design of collaborative projects in future, is the structural constraints relating to fewer research opportunities and funding within institutions in the South, which limits the scope of graduate students and post-doctoral researchers in these regions.

Key to redressing inherent inequalities in South-North partnerships is to understand the capacity needs amongst researchers in the South, and work around the barriers these create. When researchers do not have sufficient time to engage and participate, or spend a large amount of time caught up in administration, for instance, this can take away from the time they might be able to invest in their own research or skills development.

The report highlights the link between capacity within individuals as well as the institutions in which they work. Funders need to understand the administrative complexities of Southern institutions, and adopt more flexible systems.

The review of FCFA’s four-year collaboration has been written for two audiences, says Araujo.

“The report will be useful for the donor community in development work, as we believe that these lessons can help influence the design of climate programmes in future,” he says. “The research community can also benefit from this report, because it gives insights into the way in which the community conducts research, and the challenges that creep in at a project level.”

Download A Critical Reflection on Learning from the FCFA Programme report here.