Sponsored content: As we recover from the coronavirus pandemic, we must increase energy efficiency to truly build back greener 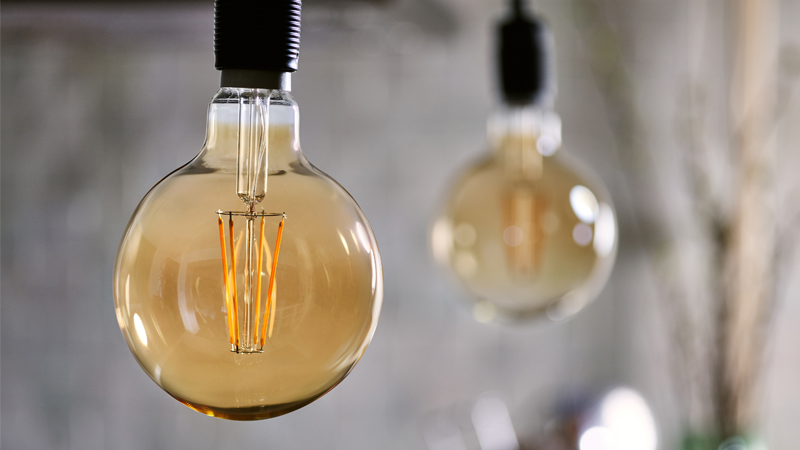 By Zak Derler and Harry Verhaar

Energy efficient lighting may be the low-hanging fruit in the fight against climate change, and now is the time to implement new systems.

Later this month EU leaders will meet in Brussels to discuss Covid-19 recovery plans and a long-term EU budget – eco-economic decoupling proposals must be on the table.

Decoupling refers to maintaining or increasing economic output without corresponding increases in resource use. It’s an important way to grow an economy and at the same time reduce dangerous emissions.

While there’s a lot of debate as to how absolute decoupling can actually be achieved, one potential route is through the reduction of energy consumption by the system and the consumer.

California, for example, is living proof that GDP and energy consumption do not have to go hand-in-hand.

In the 1970s the US state began to invest in energy efficiency programmes and now spend around $1 billion every year in their continued efforts to do so.

Policies have been implemented which target the efficiency of lights, buildings, appliances, and vehicles.

Due to this, from the late 1970’s to 2010, California’s per capita electricity consumption virtually flattened while the rest of the US increased by around 50%.

It’s been a remarkable achievement and acts as a beacon of hope, especially considering the state has the largest economy in the US, and is the 5th biggest in the world all by itself. 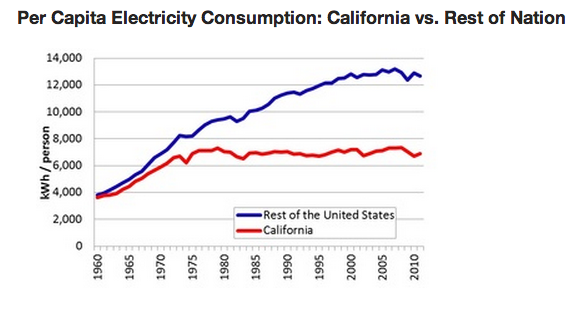 But in more recent years, after the data recorded in the above graph, there’s a different and even more positive story – between 2010 and 2015, residential electricity consumption in almost all US states decreased while the economy grew.

This was, and has been, partly due to the uptake in LED lighting.

According to the US department of energy, installations of LED’s between 2014 and 2016 quadrupled to 874 million units.

At Signify, formerly Philips Lighting, energy efficiency has been key in the design of all new lights for personal, commercial, and public use – Philips DimTone is one such example.

The LED range is the first of its kind to replicate the effect, look and feel of a  conventional  light without the corresponding inefficiency. When dimmed, the light shifts to a warm red tone imitating its conventional counterpart, which can  coincide with your circadian rhythm.

The Philips DimTone spot is 90% more energy efficient than its halogen counterpart and has an average lifespan of 15 years, making it a responsible alternative in personally engaging with decoupling.

Another example is NatureConnect, Signify’s latest skylight that has been inspired by the qualities of natural daylight and the way it affects behaviour and wellbeing in the workplace.

It gives the perception of an endless sky for freedom and is built from a combination of energy efficient LED’s.

In a previous article, CHN also explored the way Signify has been improving LED-based smart-street lighting systems that have a wide variety of benefits, including helping societies move towards a circular and more environmentally friendly economy.

“If the current crisis is like a bad dream, the nightmare of a climate crisis will prove far worse for humanity,” he added.

The good news is that Signify leads the way in pioneering energy efficiency in lighting, a vital instrument in the toolkit for reaching net-zero targets in line with the Paris Agreement, and the coronavirus hasn’t impacted the company’s commitment to fighting climate change.

“We remain on course to achieve carbon neutrality later this year. Currently 94% of our energy comes from renewables, soon this will be 100%, and 82.5% of our revenues come from sustainable products, systems and services,” said Rondolat.

Although the pandemic has made it feel like climate action has taken many steps backwards, plans to increase energy efficiency across various sectors reveal that there is light at the end of the tunnel.