Comment: In its roadmap for 2021-25, the EIB should eliminate support for high-carbon activities in all sectors and make its intermediaries follow the same standards 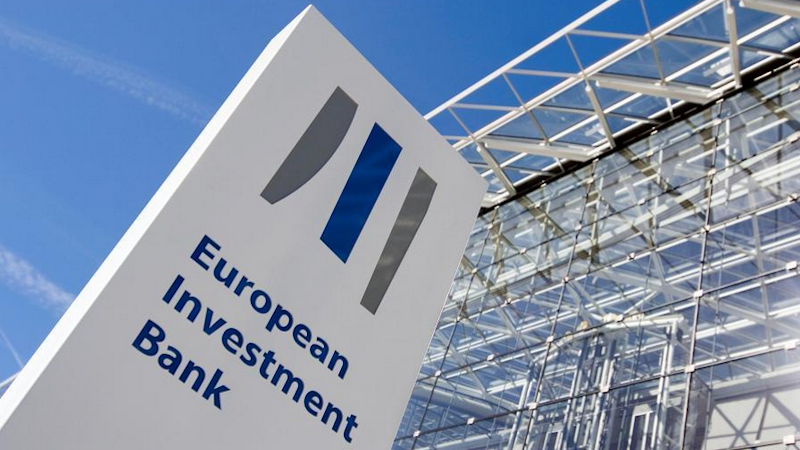 Warnings of an economic downturn in the aftermath of the Covid-19 pandemic have prompted some to argue it is time to abandon the European Green Deal.

Yet the crisis has made it even clearer that the EU needs to marshall its resources and accelerate investments in a post-carbon society if it is to weather the cononavirus crisis, and be able to address the far graver ecological breakdown and the climate crisis.

The European Investment Bank (EIB) stands to be a key protagonist in this transformative moment – if it embraces the reforms necessary to align itself with the Paris Agreement.

In fact, in parallel to the EIB’s responding to the Covid-19 emergency, the bank is already in the process of shapeshifting into ‘the EU climate bank’.

It has gradually been raising the bar on its commitment to climate action over the past few years and is nowadays in the midst of public consultations on its Climate Bank Roadmap 2021-2025.

In November 2019, following years of civil society campaigning, the bank made the groundbreaking decision to cease its support for the fossil fuels industry by the end of 2021.

This move was deemed a condition for the EIB to become the financial locomotive of the European Green Deal, and has also led the bank to commit to dedicating half of its portfolio in the next few years to climate action and environmental projects.

Although important, these measures are not sufficient if the EIB is to play its intended role in both the EU’s decarbonisation and the post-coronavirus economic recovery.

Between 2013 and 2019, several coal-dependent companies, including some that were planning to develop new coal power capacity, have enjoyed nearly €5 billion in EIB loans. This cannot continue.

As companies scramble to rebound from the economic slowdown, many will, or are already, knocking on the EIB’s doors. Now, the bank needs to use its financial muscles to facilitate the transformation of carbon-intensive sectors such as industry, transport and energy.

More specifically, the EIB should eliminate support for high-carbon projects in these sectors entirely. In addition it should condition its support for other investments of carbon-intensive companies on the development and rigorous implementation of decarbonisation plans.

The single most important step the EIB must take is to follow the principle of ‘do no harm.’ Projects financed by the bank must not enable an increase in emissions. Rather, such investments should be part of a genuine effort to cut emissions.

The EIB has the capacity to provide its clients with technical assistance to develop decarbonisation plans, and these should include, among other stipulations, an obligation for companies to source their electricity from renewables.

For example, the EIB can consider providing support for companies reliant on the use of oil, gas and coal in their operations to reduce their climate footprints. This is an opportunity for the EIB to demonstrate it has indeed taken the steps to ensure European public money is used for this purpose, and this purpose only.

The EIB should also be wary of companies seeking to merely greenwash their activities. This can be prevented by adopting the proposed EU Taxonomy on Sustainable Finance.

EIB money extended to European carmakers in the aftermath of the 2008 financial crisis, as Bankwatch revealed, was misused by Volkswagen in the notorious Dieselgate affair. Notably, the EIB funding used in connection with Volkswagen’s emissions rigging scheme, as confirmed by an investigation of the European Anti-Fraud Office, was classified as ‘climate action’.

Comment: How to raise an easy $1 billion per day for the Covid-19 recovery

There’s a lot more the EIB can, and should, do before it can really call itself a climate bank. A new Bankwatch briefing released today examines the implementation of the EIB’s 2015 Climate Strategy and lays out a set of measures still necessary if the bank is to fully align with the Paris Agreement, as it has committed to do.

The EIB needs to improve the way it calculates the emissions of the projects it finances.

It should also ensure that none of its funds channeled through financial intermediaries are used for carbon-intensive or other harmful projects.These financial intermediaries have been handling a significant portion of EIB finances – in 2019, up to a third of the bank’s total lending – and therefore should be obliged to spend at least a quarter for climate action and environment in line with the EU Taxonomy.

The EIB should also improve its coordination with national and local authorities in developing lending strategies that include climate finance, in line with countries’ climate and energy targets.

Ultimately, transforming the EIB, the world’s largest public lender, into a climate bank must not be merely a rebranding exercise. European public money is instrumental to enabling the systemic transition the EU needs to undergo to live up to leaders’ ambitious rhetoric – and citizens’ expectations.

Anna Roggenbuck is a policy officer at CEE Bankwatch Network