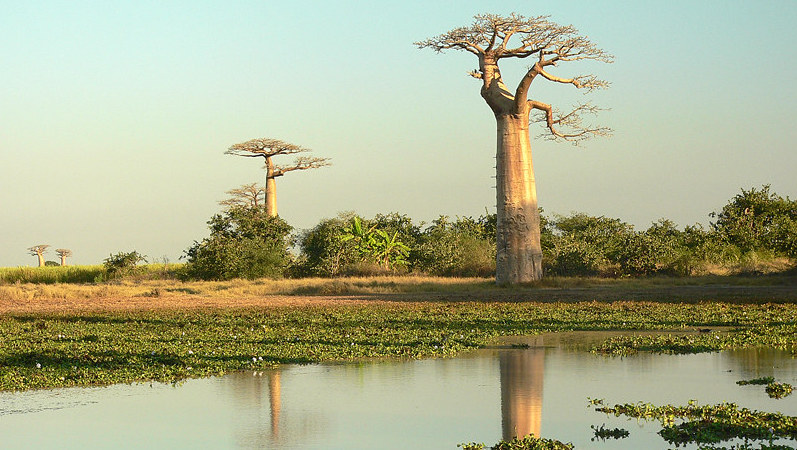 By Future Climate for Africa and Leonie Joubert

The island of Madagascar off the south-east African coast is about twice the size of the United Kingdom, measuring 1,500 km from top to toe, and 600 km at its broadest width.

This chunk of island throws a physical barrier in the way of ocean and air currents that move in from the Indian Ocean towards the African continent, and has a marked impact on how much rain reaches southern African countries like Mozambique, Zimbabwe and Malawi.

Last year, a computer modelling process showed that the presence of Madagascar reduces the amount of rain that falls across parts of southern Africa, compared with how much rain would fall if the island were not there.

Now a new analysis of the way that Madagascar influences the flow of air over the ocean – and therefore the formation of clouds, and rainfall – is going to help climate scientists make more accurate forecasts of the likely changes in future rainfall patterns across the region.

Late in 2019, Malagasy climate scientist Dr Rondrotiana Barimalala ran a computerised climate model where she hypothetically removed Madagascar from the map to see what would happen to simulated rainfall over southern Africa.

The results showed higher rainfall across countries like Mozambique, because the landmass was not there to influence air currents in the Indian Ocean. This experiment was a way to test the accuracy of climate models used to project future climate conditions across the region.

Following this modelling experiment, Barimalala recently completed an additional data analysis process to better explain just how atmospheric circulation moves around Madagascar and into the Mozambican Channel, in order to understand how the presence of the island influences cloud formation and rainfall across south-east African countries.

When moisture transported from the Indian Oceans bumps up against Madagascar between the summer months of December to February, which is the rainy season here, the landmass of the island helps create a low pressure system in the Mozambican channel which is associated with cloud formation and rain.

In some years, this trough will be stronger than in other years, and helps explain why some rainy seasons are wetter than others. 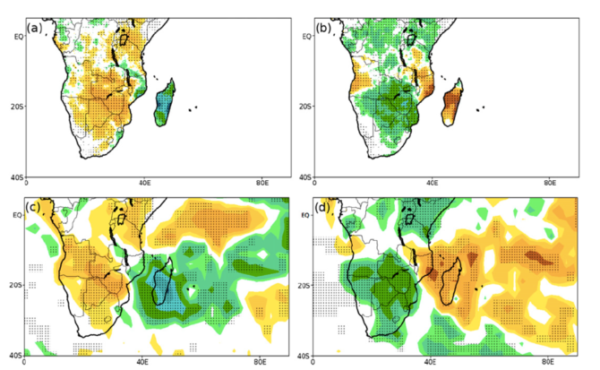 Annual variations in the strength of the low-pressure trough system in the Mozambican Channel influences how much rain falls over the eastern parts of southern Africa.

Barimalala and fellow researchers at the University of Cape Town’s Department of Oceanography in South Africa, working with UMFULA, wanted to understand how the strength of this Mozambican Channel trough might vary year-on-year, and how that influences summer rainfall over southern Africa.

They drew on climate records from the European Centre for Medium Range Weather Forecasts, using rainy seasons data spanning 38 years, from 1980 until 2017, to see what variability they might find.

Their analysis also shows that the strength or weakness of this trough system is not just influenced by winds flowing from the southern Indian Ocean, and then pass over the island, but also the northeastern monsoon which pushes down from the northern Indian Ocean and flows towards Madagascar.

This is an important piece of the puzzle for climate scientists: once they can better explain the many physical mechanisms that influence climate and rainfall over the region, their findings can help climate modellers better simulate future climate conditions as air circulation may change in response to rising global temperatures.

‘The changing strength or weakness of the Mozambican Channel trough is just one of the many physical mechanisms that drives summer rainfall over southern Africa,’ says Barimalala.

For more information read the paper Variability in the Mozambique Channel Trough and impacts on southeast African rainfall.

The work reported on in this story is part of FCFA’s UMFULA research initiative, a four-year project that aims to improve climate information for decision-making in central and southern Africa, with a particular focus on Tanzania and Malawi.