Sponsored content: The Inuit have thousands of years of environmental observations, and these could be vital to guide regulations for Arctic shipping 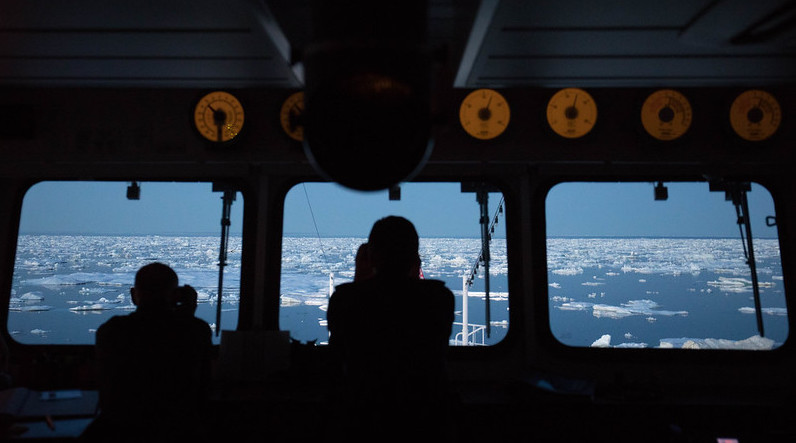 Shipping is having a detrimental effect in the Arctic (Photo: Se Mo/Flickr)

Inuit communities have advice for newcomers to help limit harm to the fragile Arctic Ocean as it opens to shipping – ban high polluting fuels, restrict ballast water that can bring invasive species to the north, and curb underwater noise.

The Inuit group around 150,000 indigenous peoples in the High Arctic regions of Canada, Greenland and Alaska.

With lifestyles that are entwined with their environment, in a place where surface temperatures have increased more than anywhere else in the world, the Inuit have acutely felt the impacts of climate change over generations as it thaws the ice around them.

Satellite observations by NASA point out that Arctic sea ice is declining at a rate of 12.85% per decade. With less ice and warmer seas, daily tasks are proving more difficult for Inuit communities.

The Inuit depend on the ice below them for safe travel and have historically travelled by dog sled, and more recently snowmobiles.

But due to climate change, the ice is now weaker and prone to sudden openings, making travel dangerous and unreliable. This causes regional connectivity issues, resulting in community isolation and reduced hunting opportunities.

Vanishing ice and warming seas also means that animals such as seals, polar bears, caribou and fish are changing their migration patterns. This is drastically endangering food security for the Inuit, who depend on the land and sea for over half of their daily diet.

Ice melt is also opening the Arctic to new and disruptive shipping, with shortcut shipping routes between the Atlantic and Pacific Oceans becoming more accessible in summers.

This is bad news for local indigenous communities, who see the marine environment as vitally important for culture and food, and who are contending with disruptions to their environment from increased ship traffic.

Considering the heightened impacts of shipping on Inuit communities, indigenous voices being heard on a global level is key to protecting the Arctic and safeguarding community livelihoods and security.

As the region becomes more fragile, it is these communities that are standing as leaders of change, using generations of knowledge and practices to protect their environments and communities.

The Inuit Circumpolar Council (ICC), an international body that represents the rights of all Inuit, aims to play a closer role within the policy-making space of Arctic shipping.

ICC plans to gain ‘Consultative Status’ on the International Maritime Organization (IMO), the United Nations agency which deals with all matters related to shipping.

“Inuit knowledge allows a holistic view of the complicated interconnectedness of the environment, flora, fauna and people of the Arctic” said Lisa Koperqualuk, Vice President of the Inuit Circumpolar Council Canada.

“Understanding this and bringing it to the table in discussions and framework development, will provide the IMO with an extraordinary tool in which to inform its policy and work form,” she added.

Shipping decisions are currently made without a true understanding of the impact on Inuit communities. But these communities can add value to the IMO through the consideration of their experiences, and the deep knowledge of this unique environment that Inuit peoples hold.

ICC Canada have already been working on putting across their suggestions to the IMO.

On February 25th, the organisation attended an IMO meeting in London where Koperqualuk raised Inuit support to ban Heavy Fuel Oil (HFO) by ships in Arctic Waters – an issue the ICC has been looking at for some time.

In the event of a spillage, the clean-up of heavy fuel oil (an extremely viscous liquid) would be near impossible in Arctic waters, as it tends to emulsify in seawater and is prone to being trapped in ice.

A 2017 report by the International Council on Clean Transportation (ICCT) stated that the region “lacks the infrastructure and personnel to adequately respond to an oil spill”. 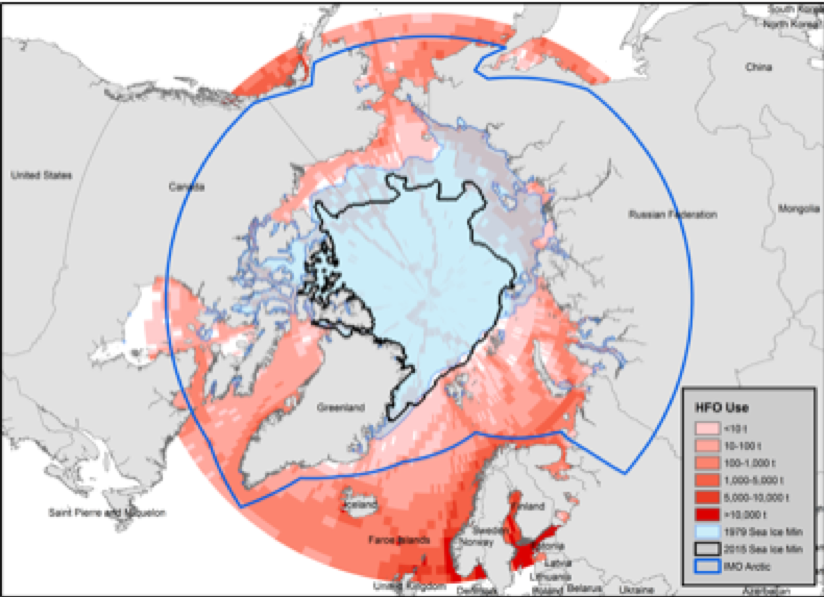 Another issue is heavy fuel oil emitting black carbon. This is a dangerous pollutant that has strong links to increasing cardiopulmonary disease and lung cancer, as well as accelerating climate change. Due to its dark colour, when black carbon is deposited on ice it reduces the albedo of the surface (solar reflection) – and creates an increased warming effect.

If the ICC gets consultative status, it will push to ban the use of heavy fuel oil in the Arctic, which is already established in regulations for the Antarctic.

The ICC also intends to focus on issues concerning underwater noise and ballast water; water which stabilises ships, but which can transfer non-native biological materials to new environments when discharged into the sea.

“Indigenous people have lived close to the land and have observed the natural cycles of the land, water, animals and weather, in the past and today,” said Koperqualuk.

“Inuit are willing to share this knowledge to understand how the Arctic is an important region globally. What happens in the Arctic impacts all the planet”.

Inuit peoples know the Arctic better than anyone else and can bring important knowledge and management practices to the international community.

They have thousands of years of environmental observations on migration patterns, marine and sea ice habitats, breeding grounds, travel routes and more. Their knowledge is vital when considering regulation and policy in Arctic shipping.

This is the first of a two-part series on melting ice and the opening of the Arctic. The second piece will look at Arctic ecotourism. 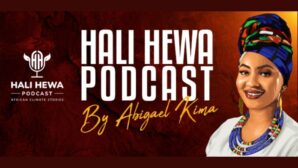